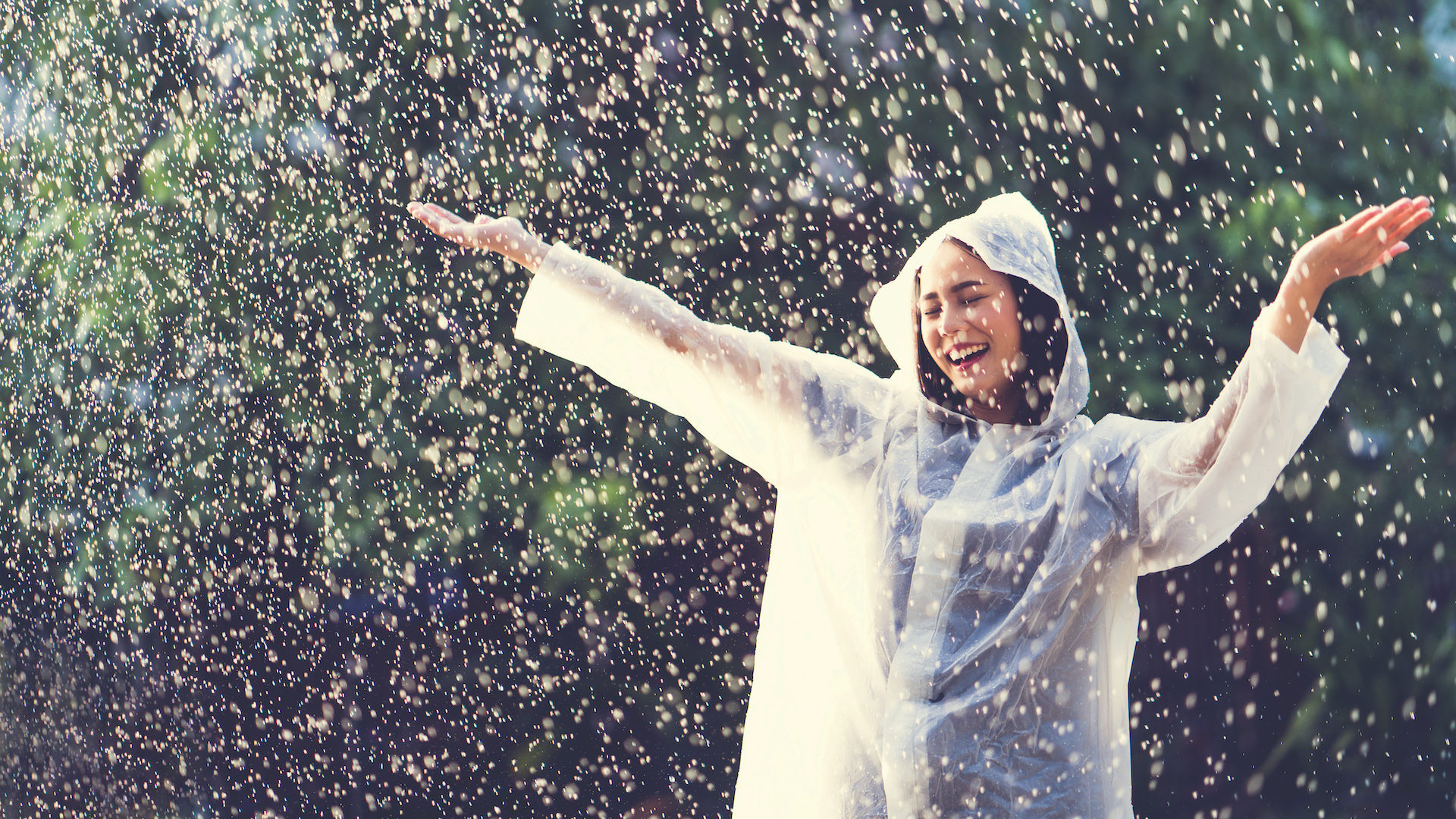 It is a new day. The light of the morning sun has pierced through the darkness of the night. It is also a new week. However one might feel about the treacheries and woes of the week past, it is past. It is time to pick up the pieces and move on. Surely this new week promises better things.

But it is not just a fresh day or a new week; it is a new age. A new era has dawned. In a few scattered pieces of abandoned weaponry one might read it. In the fractured remnants of a Roman seal one might deduce it. And in the absence of His body and the presence of His graveclothes, one might perceive it. But the pain of the past week is so profound, it is a tortured pilgrimage to join the joy of this new epoch.

There had been others at the tomb. They came because she called them. And they left. Of them John’s story records, “The disciples returned to their homes” (John 20:10).1 They had visited the tomb. After all, graveyards are appropriate venues for visits. A visit to the grave of a loved one is fitting. A tear shed, a memory recalled, pain renewed. But we would wonder about one who takes up residence there. Only mad people live among the tombs.

Their eyes take in what evidence their hearts can process . . . and considerably more. They take mental note of the surroundings, trying to make sense of it all. Like the clever detective Hercule Poirot, they come to visit the scene, to sort the evidence, to set their “gray cells” working. But then they go, leaving behind one whose tear ducts are working: “Then the disciples returned to their homes. But Mary stood weeping outside the tomb” (verses 10, 11). In a way that no one else does, Mary “endured with Jesus the very bleakest hours of world history.”2

To appreciate this story fully, we must remind ourselves of a facet of Christian theology, one treated by A. W. Tozer in his little book The Pursuit of God. He titles the first chapter “Following Hard After God”:

“We pursue God because, and only because, He has first put an urge within us that spurs us to the pursuit. ‘No man can come to me,’ said our Lord, ‘except the Father which hath sent me draw him,’ and it is by this . . . drawing that God takes from us every vestige of credit for the act of coming. The impulse to pursue God originates with God, but the outworking of that impulse is our following hard after Him; and all the time we are pursuing . . . we are already in the divine hand. . . .

“In this divine search and human ‘following’ there is no contradiction. All is of God, for . . . God is always previous. In practice, however, . . . [we] must pursue God. On our part there must be positive reciprocation if this secret drawing of God is to yield a real experience of the Divine. In the warm language of . . . the forty-second psalm: ‘As the hart panteth after the water brooks, so panteth my soul after thee, O God. My soul thirsteth for God, for the living God: when shall I come and appear before God?’ This is deep calling unto deep, and the longing heart will understand it.

“Acute desire must be present or there will be no manifestation of Christ to His people. He waits to be wanted.”3

God plants within our hearts the urge to seek Him. And the Divine One waits for the response, waiting for us to follow hard after Him, to seek that we might find. Something truly remarkable happens when the seeking God is met by a searching person. When the heart of God intersects with a human heart, a heart that longs for the Creator of its desire, profound things occur. Once we have understood this, we are equipped to grapple with Mary’s story.

The others leave. Mary stays, weeping, by the tomb. Why? Surely because she loves Jesus. This was the last place she had glimpsed her dead Lord. The tomb is empty, but it is His tomb. It is all she has—her only connection to Jesus. She has come to minister to her Lord in death. And to add loss to tragic loss, she cannot locate His lacerated form. Her love for Jesus is evidenced by her watch at the tomb.

Still weeping, Mary bends down to look into the sepulcher. And she sees “two angels in white, sitting where the body of Jesus had been lying, one at the head and the other at the feet” (John 20:12). These two cannot be mistaken, appearing as they do in heavenly garb and celestial form. Divine sentinels sent from heaven’s courts, they do not so much bear a message as they are one. They are evidence that God is at work here. Grave robbers cannot explain their presence. This is an invasion of God’s power.

They ask Mary, “Why are you weeping?” (verse 13). She does not seem to mistake them as members of the cemetery staff, implicating them in the disappearance of her Lord. She replies, “They have taken away my Lord, and I do not know where they have laid him” (verse 13). So focused is she on her quest to locate the body of her dead Lord that she virtually ignores two angels.

Perhaps it is a little like sending someone to purchase your favorite ice cream. Let’s say you send for Breyer’s Natural Vanilla, and your shopper returns instead with a generic brand of vanilla ice milk. When you have your taste buds set for your favorite, anything less is a disappointment. Mary is on a quest to find Jesus, and not even angels will do. For Mary it is as though they are not even there, as if they have not appeared at all. Mary’s single-minded love for Jesus is reflected in her disregard for angels.

As Mary talks with the angels, she becomes aware of the presence of another. So she turns from the empty tomb. And through her tears she sees a man. Her perceptions track on her hopes. And just now she has no hope of seeing her risen Lord. Just now her greatest hope is to find someone who knows where Jesus’ corpse is. In the form before her she sees the gardener, one who may well possess this crucial knowledge.

She hears His questions and makes them fit her perceptions. True, the first query seems a bit personal for a gardener: “Woman, why are you weeping?” But, after all, she is weeping. The next is just the sort of question you might expect from a gardener: “Whom are you looking for?” “Supposing him to be the gardener, she said to him, ‘Sir, if you have carried him away, tell me where you have laid him, and I will take him away ’ ” (verse 15).

What do you think Mary means by this offer, to “take him away”? Mary is a woman of some influence and means. Luke describes how she helps to underwrite the expenses of Jesus and His disciples (Luke 8:1-3). So Mary is a patron of Jesus. When Mary says to one she believes to be the gardener, “Please, just tell me where He is, and I’ll take Him away,” she may be saying, “I have the resources. I will see that His body is cared for.”

But perhaps Mary means something else by volunteering to “take Him away,” something more spontaneous. John has already told his readers that Nicodemus brought to the burial of Jesus a mixture of myrrh and aloes, weighing about 100 pounds, and that they wrapped these spices within linen cloths (John 10:39, 40). So to the body weight of Jesus you must add the heavy spices and the linen cloths contributed by Nicodemus. Perhaps Mary impulsively promises to remove the body of Jesus herself. If so, either Mary was a very hefty woman or, more likely, her profound love for Jesus leads her to promise something she cannot do.

Mary loves Jesus. She stays by His tomb, weeping; she disregards angels in her quest to minister to His crushed form; she promises to take His body away, something she cannot accomplish. “Acute desire must be present or there will be no manifestation of Christ to His people. He waits to be wanted.”

“Jesus said to her, ‘Mary!’ She turned and said to him in Hebrew, ‘Rabbouni!’ (which means Teacher)” (John 20:16). The resonance of her own name in her ears clears the mist in her eyes. Her tears prove lenses for a clear vision of the risen Christ. She is able to do more than look through the tears; she sees through them and beholds her risen Lord.

Many of Jesus’ prior promises in John’s Gospel find concentrated, joyful fulfillment in this touching moment. Describing Himself as the Good Shepherd, Jesus had said that “the sheep hear his voice” and “he calls his own sheep by name.” And when He has called them by name, they will “follow him because they know his voice” (John 10:3, 4). He had promised, “I will not leave you orphaned; I am coming to you. . . . You will see me” (John 14:18, 19). Jesus had prophesied that His followers would experience the pain of His loss, but that “your pain will turn into joy” (John 16:20).

For Mary, each of these promises becomes marvelously true in her garden-scented encounter with the risen Christ, framed against the portal of an open tomb. And in the inspiration of that encounter, she becomes the apostle to the apostles, the first preacher of the resurrected Christ.

Mary Magdalene seems like such a poor choice for this role. If heaven is interested in the message of Christ’s resurrection having influence and credibility, why Mary? Why in a man’s world choose a woman? Why choose someone with such a past? Why choose someone with a history of mental disorder? Why choose one who had been demon-possessed? Why pick Mary Magdalene? Because “acute desire must be present or there will be no manifestation of Christ to His people. He waits to be wanted.”

If Mary could seek so earnestly for One whose lips she thought to be sealed and tongue silenced, can I not search as vigorously for One whose voice speaks in Spirit and in Word?

If Mary could be so loyal to an executed criminal upon whom had been heaped all the civil and religious hatred her society could muster, can I not be as loyal to One upon whom has been conferred all the splendor and reverence the universe has to offer?

If Mary could be so enamored with a dead Jesus, can I not treasure the living one?

1 Bible quotations in this article are from the New Revised Standard Version.

This article was published in the Adventist Review in April 2004. At the time of writing, John McVay was dean of the Seventh-day Adventist Theological Seminary at Andrews University in Berrien Springs, Michigan. He now serves as president of Walla Walla University. This was included as part of our premium online content. To read more articles like this, subscribe at www.adventistreview.org.