When Jesus Sets You Free

Oh, to believe God means what He says! Peter is sleeping soundly, so he doesn’t see the angel of the Lord appear, or experience the eerie, glorious light that surrounds him in the rocky dungeon. He awakens—to a degree—when the angel cuffs him in the side and issues three curt commands: “Get up quickly.” “Dress yourself and put on your sandals.” “Wrap your coat around you and follow me” (Acts 12:7, 8).1

Peter obeys, but he is in a daze. Peter and his angelic escort slip out of the tomblike prison, past sets of guards and heavy gates. When Peter comes to himself, he says (to himself!), “Now I am sure that the Lord has sent his angel and rescued me from the hand of Herod and from all that the Jewish people were expecting” (verse 11). Peter’s execution has not only been scheduled but advertised. Posters have gone up on the stately columns of the forum. Food vendors have already, in these early-morning hours, begun to set up shop.

Looking for the (Prayer) Band

Having been effortlessly sprung from Herod’s massive, rocky prison, Peter hikes quickly across town to Mary’s house, “where many were gathered together and were praying” (verse 12). He assumes his friends are there and wishes to share the good news that Jesus has acted on their behalf. Members of an earlier prayer band, meeting on a similar occasion, had prayed in the exalted language of the fourth commandment (Acts 4:23-31). It’s hard to imagine that the prayers ascending now for Peter are less earnest, eloquent, or biblical. If we could listen in we would be moved by their passionate, powerful, poignant petitions.

It may be easy to break out of jail, but it can be tough to break into church!

There is a problem, though: one that is at the heart of our story. Luke crafts his narrative to highlight it and uses humor to help us understand it: The eloquent prayers on their lips do not resonate fully with the convictions in their hearts. Their prayers are full of faith and buoyant expectation. Their hearts are not.

Peter approaches Mary’s house. A sizable group is gathered in what is likely a spacious home, arranged in the usual Greco-Roman style. The entrance opens onto an atrium lit by an opening in the roof and surrounded by various rooms and hallways. Since there seems to be some distance between the gate and where the group is gathered, they may be assembled back in the corner, in the dining room. The leftovers of a hasty meal are still on the table as they intercede for Peter.

Unwelcome at the (Prayer) Band

The gatekeeper, Rhoda the slave girl, is attentive. When Peter knocks at the gate, she runs toward it. Looking through the iron lattice of the gate, she can see who is standing there. His identity is confirmed by his voice as he calls out. With prayers of intercession, ones dripping with worry, ringing in her young ears, Rhoda judges it selfish of her to welcome Peter. Instead, she dashes across the atrium to the dining room, flings open the door, and proclaims joyfully, “Peter is standing at the gate!”

She expects the news to be greeted with instantaneous acclaim. She expects the crowd to dash past her, to throw open the gate and welcome Peter. Instead, she finds herself needing to offer an extended defense of her announcement. The members of that prayer band are dismissive of her and her declaration. She is, after all, only a slave girl. “You,” they say, “are out of your mind!” (Acts 12:15).

Being a slave girl, Rhoda is used to dismissive attitudes. But this slave girl has backbone. She does not capitulate. She fires back. She keeps insisting, “Peter is at the gate!” She makes her point effectively enough that the others cannot deny her eyewitness report. Nonetheless, they are convinced that the exalted Jesus will not act to free Peter. So convinced that they reach for a convoluted theological argument to explain away the obvious conviction of this eyewitness. They say, “It is his angel!” (verse 15).

Meanwhile, out in the street, at the gate, Peter himself is being insistent. He is knocking on—perhaps even rattling—Mary’s gate. He is calling out with increasing volume. In that moment the action—or rather inaction—of the members of that prayer band is powerfully revealing: They do not actively believe the premise of their eloquent prayers: that Jesus, exalted on the throne of the cosmos, hears and answers such requests.2

Locked Out: But Why?

Luke, the able storyteller, employs comedy here. He flashes a scene on the screen of his story, one familiar in the media of his day—the scene of a running slave—and he couples it with an anecdote common in the time, a “knock, knock” joke.3 Luke tells his true story in a way meant to trigger a reaction from his audience. They are to laugh, to catch the comedy, to hear the humor.

And a funny story it is! In scene one (verses 6-11) Peter discovers that it is rather easy to escape from Herod’s massive prison. It practically happens in your sleep. The chains melt off your wrists. The guards are all anesthetized, frozen in time. Doors and the final, large iron gate swing open effortlessly without a squeak. Before you know it, you find yourself waking up in the middle of the street. It’s easy to break out of jail!

In scene two (verses 12-17) Peter experiences how difficult it can be to break into church. He knocks and knocks. He cries out again and again. A just-escaped and easily identifiable prisoner is left stranded in the street. In fact, he never seems to have gotten in. After a hasty report and little exhortation in the street, he is gone. It may be easy to break out of jail, but it can be tough to break into church!

When the laughter subsides, something important happens. The comedic timing is right, and we get it: the joke is on us. We are laughing at ourselves. Here in the heart of Acts we confront a central and durable problem of Christian discipleship. How often does the eloquence of our prayers find an empty echo in the cavern of our hearts? How often have our professions found a mismatch in our actions? How often have we experienced the post-Resurrection malaise? Of course Jesus is risen. But what difference does that make?

In that moment of painful self-knowledge we drop to our knees in that dining room at Mary’s gate, in Peter’s cavernous prison, and pray a different kind of prayer. An earthy, quiet, simple prayer of repentance: “Lord, we believe—don’t we? Help Thou our unbelief.”

God and Us: Bad (and Other) News

The story, then, discloses some bad news about us. Blessedly, it also shares some powerfully good news about the God we serve. We recall James 5:16, which reads: “The earnest prayer of a righteous person has great power and produces wonderful results” (NLT).4 We sometimes retranslate it, “The insincere and unbelieving prayer of a wavering disciple accomplishes nothing.” Our story suggests that is not true.

We serve a God who hears the prayer that falters toward the precipice of doubt and unbelief. He hears that prayer as it is translated into the language of heaven by the Holy Spirit (Rom. 8:26, 27). The prayers of that early Christian small group are rooted in unbelief. The sublime language of their prayers belies the faithlessness in their hearts. Yet—and please don’t miss this—the risen Jesus, our gracious Lord, hears and answers those prayers anyway.

The point of the story? In their myopia, in their failure to truly believe in the cosmic lordship of Jesus, the church is locked up in a prison of doubt far more intimidating than Herod’s rocky cavern. Here, though, is the wonderful and amazing news: No prison, not a craggy dungeon, and not the more intimidating prison of our doubt, is immune to the Lordship of Jesus. You see, “if the Son sets you free, you will be free indeed” (John 8:36). 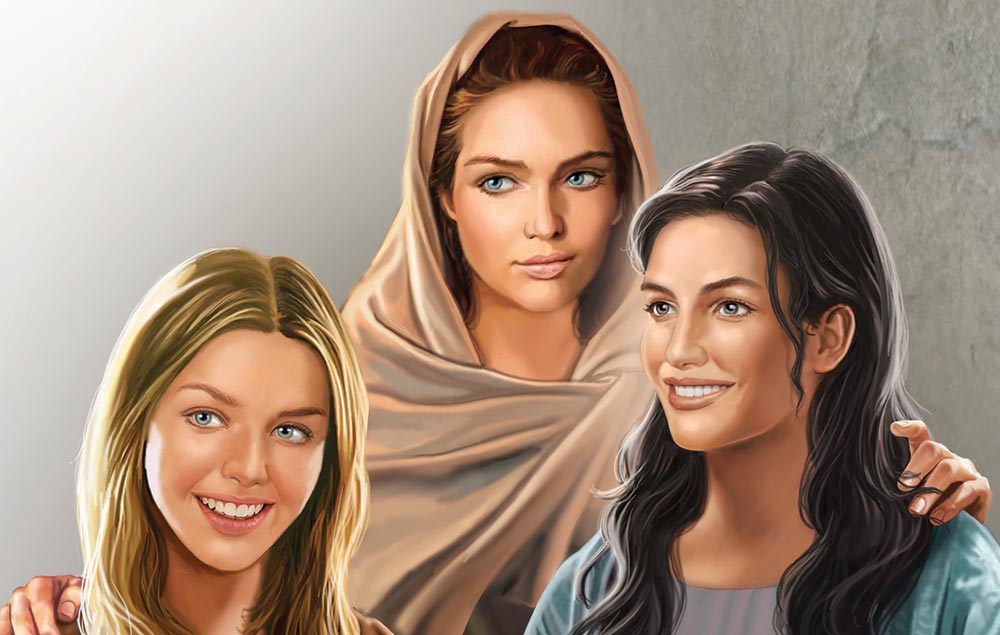