How truth and humility go hand in hand. 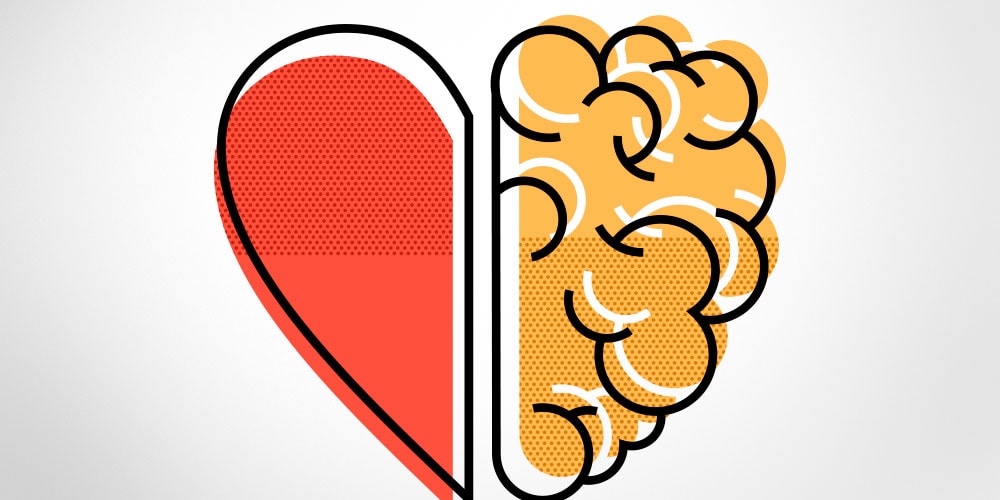 There is an aspect of our love of God that is strangely underdeveloped among Christians. When we think about our love of God, we usually envision something on the emotional level. But in the Bible the love of God also encompasses our thinking.

The New Testament contains a noteworthy passage, in which a lawyer is in conversation with Jesus about issues of eternal consequence: he wants to know what it takes to inherit eternal life. Jesus refers him back to what is written. The lawyer then recalls the Word of God and gives an answer that Jesus approves: “So he answered and said, ‘ “You shall love the Lordyour God with all your heart, with all your soul, with all your strength, and with all your mind,” and “your neighbor as yourself” ’ ” (Luke 10:27 NKJV).1

This is Scripture's amazing declaration: you shall love God not just with your heart, but with all your mind! The Greek word dianoia, which is used here for the English word “mind,” describes the “activity of thinking,” “comprehending,” “reasoning,” and “reflecting,” in the sense of understanding something. This is how God created us to be. Thinking and reflecting is an activity with which God has endowed human beings. We have the privilege to exercise our thinking abilities to explore things not only in the Bible but in all areas of life and learning.

To love God with all our mind means having His love control all our thoughts. Such thinking is characterized by certain inner attitudes and dispositions toward such things as truth, knowledge, and understanding. Inspired by the work of Philip E. Dow, I now refer to this mindset as virtuous thinking.2 We are dealing here with the question of howwe pursue what we do when we engage our thinking. Without exercising virtuous thinking, we cannot truly love God; nor will we give honor to Him. It will be only to our spiritual detriment to think any other way (2 Cor. 10:5), I submit the following four virtuous thinking traits as foundational in our drive to express our love of God with our hearts and minds.3

Any inquiry into knowledge, any serious study and scientific research, requires carefulness. People who are intellectually careful want to know the truth and consistently make sure not to rush to hasty conclusions based on rather limited knowledge.4 Instead, intellectually careful people are thorough and diligent in their thinking, careful not to overlook important details.

We all know stories in which hastiness or carelessness in our work, in our studies, in our relationships, in science and also in theology, has led to disastrous results. Sometimes those negative results of hasty or careless thinking show up immediately; sometimes it takes awhile until they become evident. But the negative effects are inevitable. If we truly believe that we are children of God, then what we do and how we do what we do should reflect the character of Him who is Lord of the details, Him to whom our ultimate loyalties belong.

As Seventh-day Adventists we should pursue and cherish an attitude of intellectual carefulness not just because it is academically sound and scientifically mandated, but because it grows out of our respect of God, who is our careful Creator and Redeemer. His example and character compel us to think carefully. Faith is neither sloppy nor hasty. We do not honor God by avoiding meticulous and careful thought, word, research, publication, and other action! Put positively:loving God with all our hearts and minds includes being intellectually careful!

A second intellectual virtue is fair-mindedness. Those who are fair-minded are people who earnestly want to know the truth and are therefore deliberately willing to listen in an evenhanded way to different opinions.5 Such discriminatory thinking would of course make no sense if there is no such thing as truth. The virtue of fair-mindedness would then morph into meaninglessness, and the end of education would not be far away.6 Fair-minded persons have chosen to put truth over any allegiance to their ego, or any allegiance to cherished opinions. They listen in an even-handed way, even if they already have strong views on the subject. Fair-minded people also try to view the issue from the perspective of those they disagree with, because they are aware that they do not always have the most complete or accurate perspective on a given issue. We could say that an intellectually fair-minded person values knowing the truth in a fair-minded manner more than winning an argument. Intellectual bias is the vice corresponding to intellectual fair-mindedness.7

Among the many benefits of intellectually fair-minded people, one is particularly practical: genuinely fair-minded people tend to make and keep friends more easily than people whose thinking habits are closed-minded or biased. The reason for this is simple: it is the inherent link between fair-mindedness and attentive listening.

A humble inquiry is the foundation of all growth in knowledge, for it generates a freedom that naturally produces a teachable spirit.

Fair-minded people, because they are committed to discovering truth, listen. They actually listen! Very few things give people a greater sense of their own value and worth, and nothing attracts us to other people more than the belief that we are valued. This value and respect often is expressed through attentive listening. Such fair-minded thinking leads us toward lives of wisdom, richness, and depth. Put positively, loving God with all our hearts and minds includes being intellectually fair-minded.

A third virtue is intellectual honesty. Those who are intellectually honest want to encourage the spread of truth. Therefore they consistently use information in an unbiased way.8Intellectually honest persons are careful not to use information that is taken out of context. They will not exaggerate facts or distort the truth by describing it with loaded language, or otherwise mislead by using statistics or other types of evidence that might have a deceptive effect. They do not take credit for evidence or ideas that are not their own.9

Of all the intellectual virtues, honesty is perhaps the most admired. Unfortunately, it is too often less practiced and more tampered with than ever should be. Honesty often seems the more difficult road to take. But in the end it is always the one characterized by greater freedom. The most ominous peril of dishonesty is that, ultimately, we firmly believe our own lie and are thoroughly deceived: damned for choosing not to believe the truth, and finding satisfaction in falsehood and wrong (2 Thess. 2:12). On the other side, honesty inevitably builds trust between people and restores confidence in leadership; it is the foundation of all healthy relationships. Put positively:loving God with all our hearts and minds includes practicing intellectual honesty!

Last but not least, there is the virtue of intellectual humility. Intellectually humble people have come to the amazing realization and humbling insight that in their thinking they are dependent upon something or someone outside themselves. They are aware that truth is not of their own making, but is ultimately God-breathed. Thus, they have realized that they are not the measure of everything.10Therefore they gladly bring every thought into captivity to the obedience of Christ and His Word (cf. 2 Cor. 10:5).

Our worship and our relationship with God demand that our minds be fully engaged.

Humble inquiry is the foundation of all growth in true knowledge, for it generates the freedom to be teachable. Humble people tend to be pleasant to work with. This does not mean that they lack firm convictions. Rather, it means that they are submissive to God’s truth, while ever aware of the limitations of their knowledge. The humble arecapable of expanding their knowledge and understanding of the world in a way that arrogance and pride will not facilitate.11 Put positively: loving God with all our hearts and minds includes being intellectually humble.

For the follower of Jesus Christ loving God with all our hearts and minds will include being intellectually careful, fair-minded, honest, and humble.

These intellectual virtues are particularly significant in the realm of worship. Entering into meaningful worship with God is inseparably tied to the state and character of our minds. The more we apply our minds to understanding God in His written Word, and to exploring His creation, the more our ability to worship Him increases. Worship is certainly far more than merely knowing a lot of information about God. But our worship and our relationship with God demand that our minds be fully engaged. We cannot truly worship God without thinking. But when we engage in virtuous thinking, our actions will reflect God’s goodness and display a teachable spirit that is fair-minded and honest.

How we think is expressed in how we behave. Your virtuous thinking will express itself in how careful you are in what you say about me, in your fair-minded treatment of my opinions, your honesty in your dealings with me, and the humility your demeanor reflects.

Imagine if the church we love and belong to were filled with people of such character and attitude. What a fellowship that would be! Imagine how the relationship and the atmosphere within the church would change for the better if we all practiced this. God would be delighted. Others would be attracted. We would all be greatly blessed!

Frank M. Hasel, originally from Germany, serves as an associate director of the Biblical Research Institute at the General Conference.