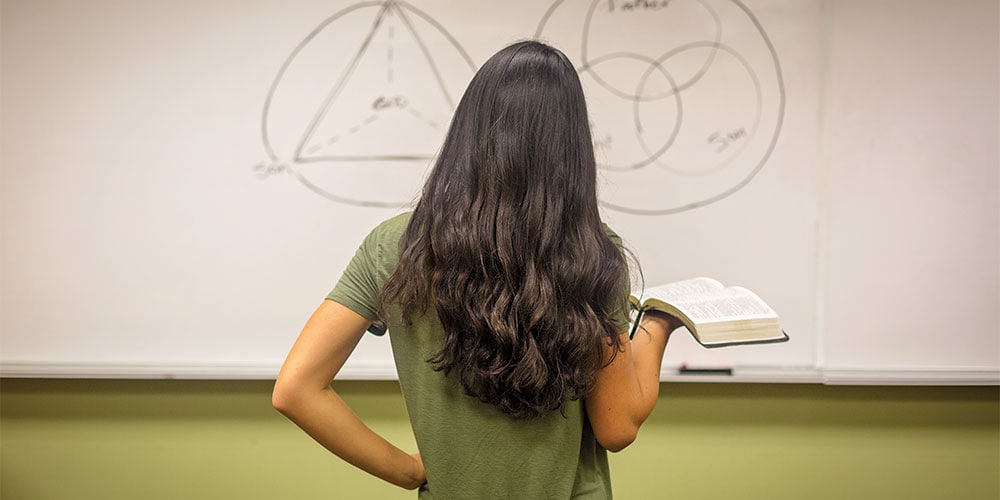 A doctrine I used to doubt.

Twenty-two years ago I was about to leave the Seventh-day Adventist Church. Many of my friends had recently left the church, and their notices of resignation aided me in writing my own notice. My friends felt that we could no longer worship with those who believed in the supposedly unbiblical and pagan doctrine of the Trinity.

Surprisingly, our case was not an exception, and others have since followed the same path.

That our early Adventist pioneers generally opposed the classical doctrine of the Trinity is a well-documented fact. History shows that Adventists continued to study their Bibles, and gradually adopted a belief in the full divinity of Christ, the personality of the Holy Spirit, and the oneness of three divine Persons. By the 1940s the church had become predominantly Trinitarian.

The decisions to reject belief in the Trinity and to leave the church do not usually come in a vacuum. There is often dissatisfaction with, and distrust of, church leaders, pastors, and trained theologians. When local or regional church leaders question foundational Adventist beliefs, or fail to exemplify a kind and loving character, their church members may find it more difficult to trust them. Deep down we all yearn for someone we can trust.

Adventists believe that “the Lord has led us.”
1 Our pioneers lent themselves as trustworthy leaders in matters of faith and practice. In theory everyone may say that our beliefs derive from the Bible. But in practice some choose the early understanding of those trusted pioneers as their final norm in matters of biblical interpretation. Thus they inadvertently choose their understanding of Adventist tradition as the lens through which they interpret the Bible. This mind-set characterizes itself as committed to “historic Adventism.”

When my friends and I learned in the mid-1990s that our Adventist pioneers generally did not believe in the doctrine of the Trinity, many of us began to question that doctrine. Confronted with Ellen White’s statements about the Holy Spirit “as the third person of the Godhead,”
2 or the “three living persons of the heavenly trio,”3 we either considered those and similar statements forgeries or attempted to reinterpret them to align them with our views. We wholeheartedly believed that Adventists unitedly opposed the Trinity doctrine until it was introduced into the church in the early 1930s. We reasoned that every Trinitarian statement that predated 1931 must have been a later forgery because we could not imagine that the pioneers and Ellen White had made such statements.

Our methodological doubt spared nothing, not even Scripture. Friends of mine blackened supposedly unoriginal parts in their Bible, because those verses did not fit their understanding of the doctrine of God. Thus they became immune to spiritual growth in areas that were at variance with their views. Those who concluded that Ellen White had really written her Trinitarian statements rejected her as a false prophet, and the Sabbath and sanctuary doctrines, as well as our prophetic interpretation, as all unbiblical. Most of those who left the church over this doctrine have not returned because they never questioned their critical presuppositions that leavened every other area of life.

Since the early 1990s I have observed three waves of anti-Trinitarian resurgence. Each wave was characterized by the same mind-set of methodological doubt, yet technological progress has amplified the impact of each anti-Trinitarian wave on the church. Whereas the first wave in the early and mid-1990s that affected my friends and me came primarily in the form of books and pamphlets, the second wave in the mid-2000s benefited from a wider use of the Internet. The third wave in the mid- and late 2010s experienced a global upsurge through social media.

One may ask why I did not leave, and why I am still a member of the church. This has primarily to do with the fact that I chose slightly different methodological presuppositions.

First, like my friends, I reasoned that for God to be able to lead and use early Adventists, they must have been perfect in their beliefs and practices. Surprisingly, we did not question that assumption despite the following two realities. We believed that God was leading us too, although we knew inwardly that our character and beliefs were far from perfect. Further, we never interrelated that assumption with the fact that there was a need for Ellen White to send these early Adventists testimonies of reproof. Later I realized that God makes use of broken and imperfect people, a truth we see many times in the Bible.

Second, we thought that it was not until the 1930s that the doctrine of the Trinity found entrance into the Adventist Church. We used the statements of Adventist historians about the early Adventist opposition to the Trinity to support our position. We also joined in rejecting Ellen White’s positive remarks about the full divinity of Christ and the personality of the Holy Spirit as later forgeries.

Nevertheless, I came to realize that my friends had pulled the carpet from under their own feet: they declared statements and documents forgeries without any hard evidence of forgery. It was simply because those statements did not fit their view. I came to understand that while “God has never removed the possibility of doubt,” “our faith must rest upon evidence.” In fact, “God never asks us to believe, without giving sufficient evidence upon which to base our faith.”
4

I therefore reasoned that God would at least provide some evidence that would allow people to trace and identify such forgeries if He wanted us to recognize them as such. Otherwise there would be no checks and balances anymore. Each person could declare something as unoriginal simply because it does not conform to their present understanding of truth.

I further had the impression that true spiritual growth would be stifled if I were to limit God to only those texts that did not stand in contrast to my present beliefs. Over a period of five years I studied early Adventist materials and gradually came to realize that our narrative of early Adventist history had been selective and distorted.

Third, I had been completely unaware of the vast amount of historical material that shows how, already in the 1890s, Adventists pondered about and advocated Christ’s full divinity, the Spirit’s personality, and the harmonious relationship between three divine personalities. Adventist periodicals, books, and correspondence from different parts of the world bear witness to that growth in understanding. Ellen White’s Trinitarian remarks are largely known, but statements from other Adventist authors are not.

In October 1890 Charles Boyd wrote, for example, that the church “is working by the direct command and agency of three distinct personages in heaven for the increase of the heavenly family.” In line with Matthew 28:19, he identified these three personages as Father, Son, and Holy Spirit.
5 Similarly, G. C. Tenney stated 14 months later that Adventists “understand the Trinity, as applied to the Godhead, to consist of the Father, the Son, and Holy Spirit.”6 In 1896 he added that the Bible spoke of the Holy Spirit “as a personality” and not merely as “an emanation from the mind of God.”7

About a year after the statement that the Holy Spirit is “the third person of the Godhead” was published in Ellen White’s
Special Testimonies for Ministers and Workers (1897) and three months before its reappearance in The Desire of Ages (1898), R. A. Underwood conceded, “It seems strange to me, now, that I ever believed that the Holy Spirit was only an influence.” When he discovered that the Bible refers to angels, even the fallen ones, as spirits, he concluded that he “could understand better how the Holy Spirit can be a person.”8

Many others became aware of the subject through Ellen White’s Trinitarian remarks, as is evident in numerous articles and reports that quoted her remarks in subsequent years.
9 G. B. Starr stressed, for example, that “the Holy Scriptures everywhere attribute to Him [the Spirit] all the characteristics of a person” [and] “teach that there are three persons in the Godhead.” He argued, “Jesus through the Spirit of Prophecy gives to the Holy Spirit the position of the third person of the Godhead.”10

Adventists more and more resisted the idea that there was no Trinity, while also rejecting both modalistic and tritheistic views of the Trinity.
11 In 1910 S. N. Haskell, a close friend of Ellen White’s, wrote that “the Holy Spirit has a personality, and is represented as an intelligence.” He added, “It is evident that the Holy Spirit is one of the Trinity, and fully represents God and Christ.”12

Three years later F. M. Wilcox clarified to his readers the beliefs that Adventists held in common. Wilcox would become a longtime editor of the
Review and Herald andone of the five original trustees of the Ellen White Estate chosen by Ellen G. White herself. He wrote, “For the benefit of those who may desire to know more particularly the cardinal features of the faith held by this denomination, we shall state that Seventh-day Adventists believe—1. In the divine Trinity. This Trinity consists of the eternal Father . . . ; of the Lord Jesus Christ . . . ; the Holy Spirit, the third person of the Godhead, the one regenerating agency in the work of redemption.”13

Writing from South Africa, Herbert Edmed stated in 1914, “The Holy Spirit is the third Person of the God-head. . . . We must recognize that the Holy Spirit is not merely an influence; both the Old and New Testaments refer to Him as a real personality. God wants us to see in the Holy Spirit more than a saving, friendly influence; He is our personal Friend—a personal God.”
14 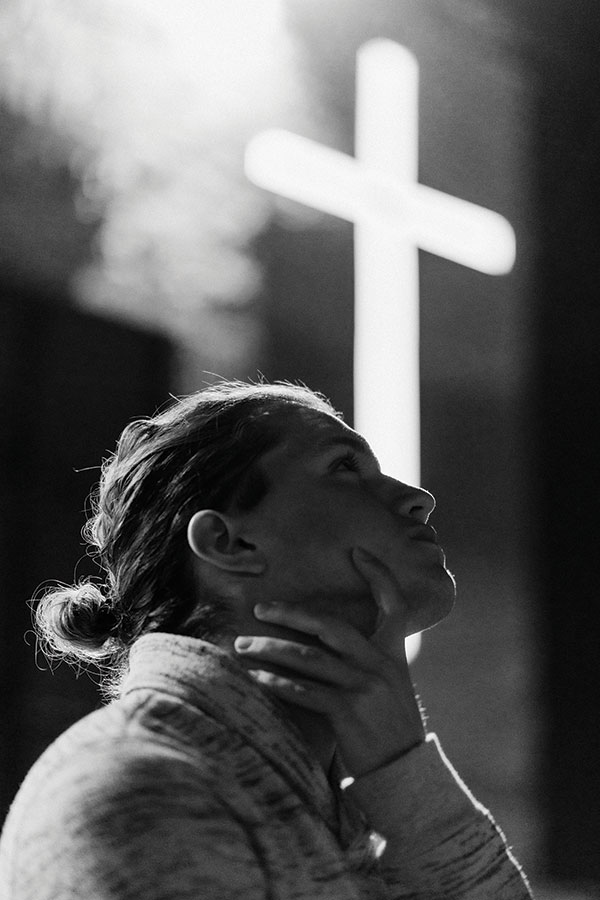 At Ellen White’s funeral in July 1915, A. G. Daniells, then president of the General Conference, reminisced about her life and work. Talking about her accomplishments, Daniells stressed that her writings set forth and exalted “the Holy Spirit, the third person of the Godhead and Christ’s representative on earth, . . . as the heavenly teacher and guide sent to this world by our Lord to make real in the hearts and lives of men all that he had made possible by His death on the cross.”15

These few examples illustrate a great quantity of materials that confirm Adventism’s increasingly favorable attitude toward the idea of the oneness of three divine persons, from the 1890s to the 1910s. The narrative that it was not until the 1930s that this idea was introduced into Adventism could no longer be upheld.

I admired early Adventists for their openness to God, their desire to grow in faith and understanding, and their search for truth. Their continued study of the Bible led them to adopt the belief in three divine Persons who are so unified in their thinking, planning, and acting that They are truly one. After five years of studying this subject in the Bible and of tracing the journey of these early Adventists, I followed their footsteps and accepted the biblical doctrine of the Trinity.

Most of my friends from then chose paths that led them away from the church, from each other, and even belief in God, because their methodological doubt and critical attitude permeated all areas of life. To be so opinionated and set in one’s ways that one becomes immune to hard evidence is a dangerous path. Adventists who focus on other Adventists in this critical way stifle their own and the church’s usefulness in proclaiming the gospel to those who yearn for it. They frustrate God’s fundamental purpose for raising up this church: to proclaim the gospel to the whole world, sharing the message of salvation with people in need of salvation.