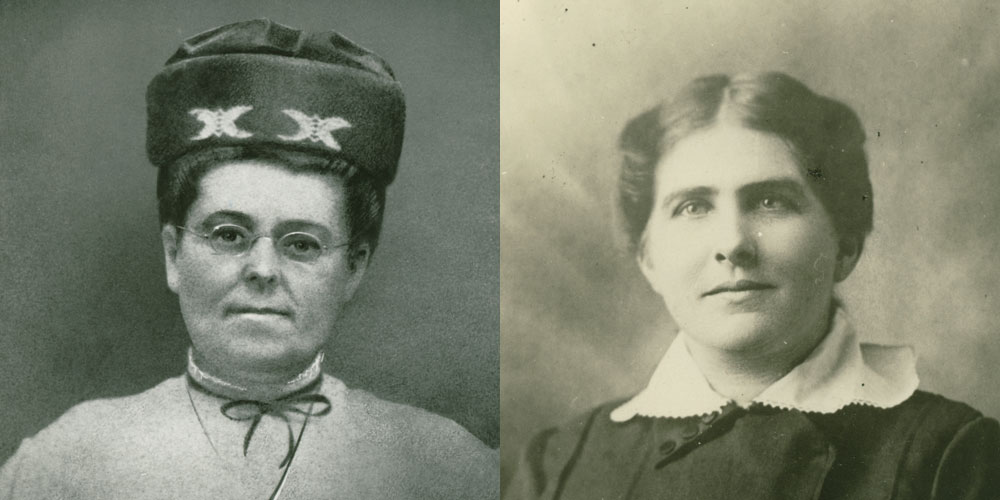 We Seventh-day Adventists have been particularly sensitive to God’s special leadings. We have believed that God may speak through selected messengers. Indeed, we believe there is convincing evidence that He has done so through Ellen G. White “by the testimonies of His Spirit.”1

As recurring November birthdays added years to Ellen White’s life and it became clear that she would rest in the grave before the Lord came, Seventh-day Adventists wondered—What of the future? There had not been a time when Seventh-day Adventists had not had a prophet in their midst. When asked, Ellen White would at times pick up her Bible and some of her books and declare, “Here is light which will take the people through to the kingdom.”

When Ellen White lived in Australia, Anna Phillips in Battle Creek, Michigan, claimed to have visions given to her and that she had the gift of prophecy. Phillips wrote out “testimonies” to various church members, including some leaders. A. T. Jones fully accepted her claims and assumed the responsibility of presenting her messages to the church. Her messages related what she “saw,” often using this term as she described what had passed before her.

From Australia, Ellen White sent warning messages to Jones and others in Battle Creek. A significant point made by White was that although nothing objectionable had been discovered in the teachings of Anna Phillips, this did not constitute a sound basis for accepting them. One of her letters was so providentially timed that it carried convincing evidence unmasking the true nature of the work of Anna Phillips. White’s counsel led Phillips to reexamine her experience. She renounced her “visions,” brought her life into harmony with the teachings of God’s Word and Spirit of Prophecy counsels, and became a trusted  Bible instructor.2

Again and again in the later years of her life Ellen White recounted the many times that Satan had attempted to mislead the Seventh-day Adventist Church through spurious visions and passionate enthusiasm.3

In 1908 an Adventist couple, Mr. and Mrs. Ralph Mackin, called on Ellen White to solicit her support in their unusual experiences. When Mr. Makin volunteered the possibility of a demonstration that might enable Ellen White to determine the genuineness of their experiences, she told them she could not consent, “because I have been instructed that when one offers to exhibit these peculiar manifestations, this is a decided evidence that it is not the work of God.”4

On the night of January 21, 1915, an alleged vision was given to a German Seventh-day Adventist soldier, J. Wieck, confined to a prison cell in his homeland for his refusal to accept a required vaccination. In his vision he saw himself proclaiming that the end of all things had come. A voice asked, “How long will you preach these words?” When he hesitated to answer, the answer came—“Until the stone fruits [cherries, plums, etc.] bloom.”

Wieck sent the vision to the German Adventist press, but they did not publish it. What was unusual was that without knowing Wieck’s experience, several other people in central and southern Europe also claimed to have visions. All had the same common element—that the stone fruits would mark the end of probation. The “visions” were published privately and circulated. As time passed supporters of the “visions” kept setting new dates until people became weary and disillusioned.

The Case of Margaret Rowen

Eleven months after the death of Ellen G. White in July 1915, Margaret W. Rowen, a member of an Adventist church in Los Angeles, California, published her initial visions in a 32-page pamphlet, claiming that God “has in these last days again chosen a mouthpiece through whom He speaks to His people.” The matter came to the attention of church leaders in southern California and they advised members to await further developments.

Rowen’s visions continued until February 21, 1917, when a committee of church leaders was formed to investigate. They offered their conclusion days later—they could not establish conclusive evidence of divine origin. They advised that “if they be of God, then we feel assured that He will not leave us in uncertainty, but will give indisputable and conclusive evidence of their origin.”

Most accepted this, but those who supported Rowen continued to press her message to the surrounding churches, causing leaders to make a formal statement against the messages. Rowen formed an organization and launched her own publication, The Reform Advocate and Prayer-Band Appeal. Some began sending their tithe and offerings to her as well.

In desperation to secure recognition, Rowen stooped to forgery. She composed a statement to which she signed the name of Ellen G. White. On November 11, 1919 this statement, which authorized Rowen as Mrs. White’s successor, was surreptitiously placed by one of her supporters in the Ellen G. White manuscript files. The forgery was so poor that no one was deceived, yet still some believed and continued to follow Rowen.

The climax came when Rowen predicted Christ’s return on February 6, 1924. When the date slipped by, she assured people it was actually February 6, 1925. The day came and went again. These events opened the eyes of her close associate and editor. He published an issue disavowing Rowen and her teachings. Shortly thereafter, Rowen attempted to take her editor’s life, which resulted in a prison term.

How Not to Be Deceived

One might think this the end of those claiming to be prophets to the Seventh-day Adventist Church, but there are more instances, including some today of people who make such claims. The church is warned by both the prophets of old and by Ellen White to take heed lest we be misled by false prophets. Important biblical tests are established by which we may determine the validity of claims of divine enlightenment.

Test those who claim to have “new light” or “words from God.” Apply these biblical tests. In addition: gauge the level of spirituality, the timeliness and practicality of the message, and the manner in which it is given. Seventh-day Adventists face the future with confidence and expectancy. We know not what may be in store for us, but we know that Christ is our leader and that He will lead us safely.

Adapted from a four-part series written by Arthur L. White, then secretary of the Ellen G. White Estate, and grandson of Ellen G. White. The weekly series ran June 8-29, 1967 in the Review and Herald (now Adventist Review).