Whether it’s Sabbath candles or sunset worship, a tradition is one way to experience unity. 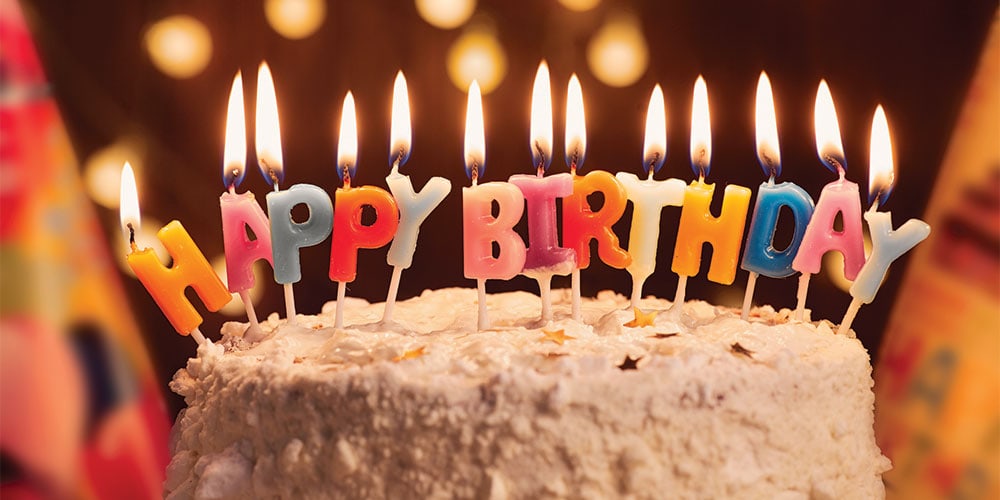 When I was growing up, welcoming the Sabbath on Friday evening felt like exhaling after six days of holding it in. In our house it also meant the meal was going to depart from our normal fare of Indian food. For this, as a dual-cultured kid, I was very grateful. That special Friday night meal of “American food” (some kind of potato casserole and a roast), prepared because it was much easier than Indian food, was our tradition. And throughout Adventist homes all over the world, traditions in many forms remind us of our many commonalities amid our diversity. What are yours?

While we are all aware that we have no way of knowing December 25 as the exact date of Christ’s birth, the celebration of the season boils down to our joyful acknowledgment of His birth in a stable in Bethlehem. For the Martin family in Texas, one way to help their daughter Alexa (now in her 20s) understand the significance of Christ’s birth and the season we remember it was to have a birthday cake. “Dee and I would always make a point to get a birthday cake and celebrate with our then toddler daughter, Alexa,” says Allan. “This would always include singing the birthday song and even blowing out candles. Even now Alexa looks forward to this cherished family holiday tradition.”

Seth Shaeffer from Tennessee has enjoyed Christmas Eve with his family by attending Collegedale church’s annual Christmas Eve service. Additionally, making homemade baklava is something he has looked forward to every year since 2009. But why baklava? “Dr. Michael Hasel from Southern Adventist University brought baklava to class one December day as a treat before we wrapped up the semester,” he says. “I was hooked, and after that asked my folks if we could have it for Christmas that year. We did, and have every year since. It’s a nice family activity as all three of us join in the process of making the dessert.” Additionally, the Shaeffer family have loved Collegedale’s Christmas service since they first attended in 1993. “My family and I have enjoyed the subdued atmosphere of the service, the carols and readings, and watching different families get up to perform songs on their instruments or sing. But the part that made this event memorable for me as a child was when everyone in the audience would light small candles. Seeing the sanctuary lit by dozens of candles and hearing the singing just blew my mind!”

Southern California mom and teacher Stacy Stuart Doyle remembers a specific atmosphere in her home on Sabbath morning, and music had a lot to do with that. “My mom would always have music playing through the house while we were getting ready for church and while she was cooking lunch for later. Usually it was good ol’ Sandi Patty or the Gaither Trio,” she says. “I still play music throughout the house while we get ready for church.” The holiday season holds a special place in the Doyle family for the way they choose to give gifts. “Since our oldest was little, we’ve stuck to only three gifts from us at Christmas, the number Jesus received from the Wise Men.”

Harold Chandler from Maryland says his wife’s family has a great Sabbath tradition that he just adores. Friday nights are usually the only nights the entire extended family is free, so it naturally became a great time to gather. This tradition started in the midnineties, around the time he and his wife, Swinitha, were married. Over the years the group rotates homes, with the host deciding the theme and menu, and making potluck assignments to round out the feast. “Now with e-mail and texting, plans are made with the hashtag #FND,” says Harold. “The group ranges from 10 to 20 every week, and various friends and other extended family attend from time to time. The amazing factor in all this is not just family dinner, but a concerted effort of four to six families from four generations and multiple households that are committed to get together every week for more than 20 years now. We all enjoy getting together, and the food is always wonderful. It is a wonderful celebration of bringing in the Sabbath and sharing together.”

Andrews Academy teacher David Vandenburgh grew up a pastor’s kid and remembers Sabbath lunches as being spent frequently at different homes or at the church’s potluck. However, Friday evening in the Vandenburgh home brought in Sabbath in a special way. “Friday supper was always a formal family supper—without fail,” says David. The meal was corn chowder and corn bread with honey, sometimes accompanied by Martinelli’s Sparkling Cider. “Day Is Dying in the West” was typically sung both Friday and Sabbath evenings. Though David confesses to not being a fan of corn chowder or Martinelli’s, he says he learned to deal with it. While he was a teenager, the tradition sometimes brought a small level of resentment. “But I always loved my parents and enjoyed being with them, despite my attitude. Beyond that, they instilled a deep reverence for the Sabbath, so I wasn’t as inclined to hang with friends and indulge in not-so-“sabbathy” pursuits.