To Eat or Fight 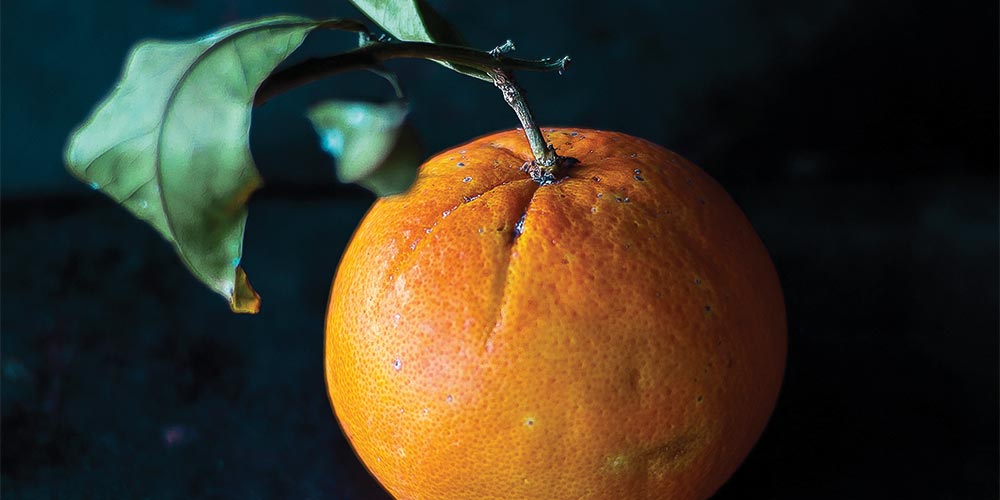 A short while ago my wife brought me some fruits of the season, among them a few beautiful mandarins. While I peel the biggest one my mind flies back to my Mexican childhood.

My country of birth has united the traditions of various native peoples with the Roman Catholicism of Spanish conquistadors. Our syncretism intrigues many tourists, ethnologists, and theologians.

Consider, for example, our “Dead Altar” tradition. During the Roman Catholic holiday All Saints’ Day many Mexican families build private altars honoring deceased relatives. Families adorn these altars with flowers, drinks, pictures, the finest candies, and the most delicious plates of food for the beloved dead to visit and enjoy during the night. The biggest mandarins I have ever seen were on one of those altars.

But given what we know of the Bible’s teaching about mortality, Mexican Adventists had a fight on their hands: was it right to eat any of those exquisite mandarins? Some church members said that eating from the Dead Altar was idolatry. Others insisted that the Bible teaches that the dead are dead, and that nobody came during the night to eat the food; therefore, eating from the altar transgressed no biblical principle.

How does one settle such a fight? In favor of group one, of course. And group two as well. Why? Because both groups behaved in harmony with their Bible-based conscience. When I wonder if different positions can similarly exist in God’s remnant church today, my Bible answers “Yes.”

In 1 Corinthians 8 we find the biblical version of the Mexican dilemma. The church in Corinth faced the question of whether it was appropriate for Christians to eat food that had been presented to idols. One group thought such eating was idolatry. Another group said that “even if there are so-called gods . . . , yet for us there is but one God” (verses 5, 6); therefore, the food could be freely eaten. Who was right? Though it sounds rather like theological relativism, the chapter shows that both groups were right.

In a worldwide, transcultural church such as the Seventh-day Adventist Church, opportunities to diverge multiply. All of us who attend multicultural local churches have discovered that our creed and lifestyle understandings challenge other Adventists who see things from their own theological angle.

Mexican Adventists are troubled by the worldliness of North Americans who wear wedding rings. Thai brothers and sisters struggle with the disobedience of Western Adventists who ignore Exodus 3:5 and keep their shoes on in church. Europeans and some Americans may not understand why Hispanic churches in North America sometimes include people of questionable or no resident status who may or may not pay proper taxes. My German Church boards consider baptizing 12-years-olds to be a serious problem, though their pastor (that’s me!) was baptized in Mexico at the age of 11. Brothers and sisters from Eastern Europe find Christmas decorations unfathomable at the Adventist university in Mexico where I earned my theology degree. Imagine: a Christmas tree on the church platform! And this is no exhaustive list of divergences.

I find that 1 Corinthians 8 presents us a three-factor model that effectively handles the problem of potential divergence, and may serve as a paradigm to those of us who live in the twenty-first century.

Knowledge is the first factor of Paul’s model for diversity accommodation. It could hardly be otherwise: in Corinth everyone had studied the issue. Everyone had some knowledge. But knowledge, Paul warns, can be its own problem: “ ‘We all possess knowledge.’ But knowledge puffs up” (1 Cor. 8:1). Believers must beware of the dangerous intellectual pride that can sterilize our discussions.

The best way to the best knowledge follows the Berean principle. The Bereans “received the word with all readiness of mind, and searched the scriptures daily” (Acts 17:11, KJV), dedicating the time to personal and thorough study that led to ever-comprehension about God’s will on a particular issue.

This personal experience between me, my Bible, and the Holy Spirit is irreplaceable. Hand in hand with it, the gift of prophecy offers inspired counsel and clarification (2 Chron. 20:20). We should also be constantly aware that we are part of the “church of the living God, the pillar and foundation of the truth” (1 Tim. 3:15). Our representative form of church government allows us to contribute at all levels of church administration, whether on financial policies or new theological insights, though sharing our opinions does not mean persuading everyone.

Ellet J. Waggoner’s and A. T. Jones’s new insights into Bible teaching on righteousness by faith in 1888 have been differently received than those of Desmond Ford in 1980 on prophetic interpretation. In the end, the General Conference in session is the peak of the iceberg of meetings that analyze theological and procedural matters at many levels of the organization, sometimes over many years. General Conference statements are neither the decision of a single country or individual, nor last-minute conclusions.

The second factor in Paul’s diversity accommodation model is closely linked to the first. Some Corinthians had basic levels of knowledge and a weak conscience. Others, with whom Paul identified, knew and understood more than the “Weaks” did. Their greater knowledge gave them a stronger conscience. It seems that the conscience of each church member in Corinth was loyal to its personal knowledge. Interestingly, the English word “conscience” comes from the Latin word conscientia (“with knowledge”).

Just as with knowledge, conscience deserves caveats. Despite Karl Barth’s esteem for conscience as “the perfect interpreter of life,”1 the Bible speaks of “corrupted” and “guilty” consciences (Titus 1:15; Heb. 10:22), and even those “seared as with a hot iron” (1 Tim. 4:2).

Note Ellen White’s pointed question: “Has the man a well-instructed, good conscience, or is it biased and warped by his own preconceived opinions?”2 “It is not enough for a man to think himself safe in following the dictates of his conscience. . . . The question to be settled is, Is the conscience in harmony with the Word of God?”3 Only in context of such agreement should we be willing to entertain any pair of contrasting positions.

The first two factors of the Corinth model operate in the private sphere: both knowledge and conscience are personal. But when our knowledge or conscience threatens to divide us, we need a unity factor. Believers in Rome apparently had to face the same problem as in Corinth. Paul spoke directly to the Weaks: “The one who does not eat everything must not judge the one who does” (Rom. 14:3). Weaks who judged Strongs as worldly and profane needed to believe in and practice mutuality. And Strongs who despised Weaks for their lesser knowledge needed it too.

But in his search for a solution, it was the Strongs whom Paul most decidedly addressed. They could keep their knowledge, but should do nothing to hurt the conscience of Brother and Sister Weak: “Therefore, if what I eat causes my brother or sister to fall into sin, I will never eat meat again, so that I will not cause them to fall” (1 Cor. 8:13).

Strongs, Weaks, every one of us who makes up the fellowship of the saints, may revel together in implementation of the five imperatives so wonderfully sequenced toward the end of Paul’s letter to Corinth: “Be on your guard; stand firm in the faith; be courageous; be strong. Do everything in love” (1 Cor. 16:13, 14).

The Strongs are not sentenced to silent suffering under what Loren Seibold calls “the tyranny of the weaker brother.”4 For weak conscience would stand as the weirdest of ironies if it came to constitute a tyranny of control. Our church would not have grown as it has, and will not grow as it should, without Strongs free both to think and to exercise their moral duty to edify their spiritual siblings, bringing greater enlightenment to their weaker conscience: “Each of us should please our neighbors for their good, to build them up” (Rom. 15:2). Everyone, Weaks included, should grow in their knowledge of God (Col. 1:10). And everyone, Strongs included, is to do everything in love: Sister Strong and Brother Weak may thus both contribute to, and, indeed, may both be needed for, church growth into the body that Jesus means it to be.

Fixing My Own Sphere

This article is for me anything but theory. I pastor three churches: one English-speaking, one Portuguese-speaking, and one German-speaking. Additionally, I nurture a Hispanic group. My congregations represent 41 countries. I have had the support of visiting evangelists from four of our world divisions. I sing from four different hymnals.

Start thinking now about what potluck means to me, and exclaim with me: What a blessing! What a richness!

Sure, there have been tense situations, even broken relationships. But I praise the Lord who has been teaching us—beginning with me—the principles of the paradigm of Corinth: knowledge and conscience in love. It is a model that helps us preserve both our “we” and our “me.” It is the miracle of our unified identity in spite of our immensely heterogeneous background. It is our experience of being one whole, coordinated body in Christ (1 Cor. 12:12-27).

Oh, I must get back to my mandarin—it is waiting for me.