​Tithing During a Crisis

A pandemic? Rampant unemployment? We will get through. 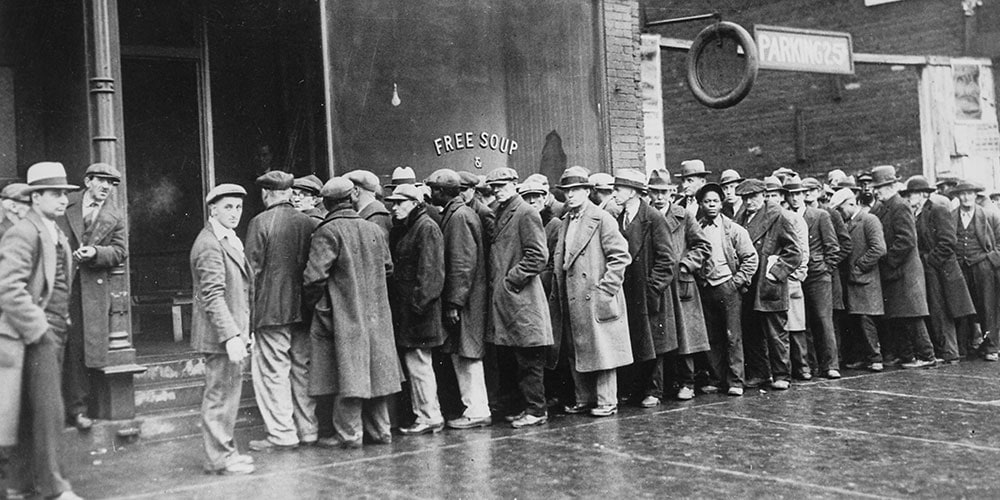 The coronavirus pandemic has swept the world, leaving physical, emotional, and financial devastation. This is no time to panic, but to remember God’s leading in the past. The history of tithing in the Adventist Church includes three aspects: theology, concerns for funding the spread of the gospel, and how a crisis affects the way the church handles the tithing principle.

From our beginning, the question was “How can we finance the spread of the gospel and care for workers who devote their lives to the cause?” The theology was set since the mid-1800s, but how the church has responded to crises and implemented this principle has been part of an ongoing discussion. Through it all, God’s work progresses, funded by tithe and offerings.

The Advent movement was very young during the Panic of 1857. Most believe it started with the failure of the Ohio Life Insurance and Trust Company. It was a “confidence crisis”1 that spread across the United States and Europe. Banks collapsed, land prices fell, wheat prices crashed, railroad securities lost their value and went bankrupt, businesses failed, and factories shut down as the economy’s “speculative house of cards came crashing down in September 1857.”2

Hundreds of thousands of workers were laid off. Some believe that the economic difference between the North and South was one of the triggers for the American Civil War.3

Prior to 1859, no regular giving plan supported the Advent movement. The “preaching brethren,” as they were called, were discouraged, in poverty, and in poor health. For their labor they received room and board, a little travel expense, and very little pay, if anything. Advent preachers worked other jobs to survive and advanced the Advent message as they could.

How could the Advent movement be sustained organizationally and advance mission? In 1859, a committee of three was chosen to find an answer. They opposed the concept of tithing, assuming it had ceased at the cross. Since the movement was starting to organize under the pattern of “gospel order,” their study of New Testament financial support was applied to this concept.

Their proposal was based on 1 Corinthians 16:2; 2 Corinthians 8:12-14; 9:5-7, which the church adopted and called “the systematic benevolence plan (Sister Betsey).” Members set aside offerings each week as the church treasurer came by each home. Throughout the 1860s, the Advent Review and Sabbath Herald published many articles on the topic, for leaders saw it as a plan from God to save and protect the church from bankruptcy. The Sister Betsey plan continued to develop for the next 20 years, but the system had a theological flaw.

Ulysses S. Grant was president. Bank reserves were strained from his policies, inflation from investing in railroads, the economic dislocation of the Franco-Prussian War, and disastrous fires in Boston and Chicago.

But the major impact to the economy came from the United States passing the Coinage Act, known as the “Crime of 1873.” It reduced the money supply, raised interest rates, and hurt farmers and anyone who carried heavy debt. Along with the United States, Germany demonetized silver. Investors shied away from long-term obligations. Banks failed.

This financial panic affected the church. Leaders revisited “the systematic benevolence plan” of financial support. While the underlying principle of the plan was biblically solid, it was no longer able to finance the Advent movement. In 1876, a series of Review articles laid out “The Bible Plan for Supporting the Ministry” based on Malachi 3:8-11. They emphasized the divine blessing of returning to God what was His.

The young church fixed the theological flaw. It shifted “from approximately one percent per year of the total valuation of property to ten percent of the actual income,”5 and suggested that avoiding the many bad habits of the day could free up funds that could be used for one’s tithe.

During the 1880s, Adventists accepted this new understanding and refinement of the tithe principle. It answered the question, “How much ought I to give for the support of the gospel? . . . We answer, ‘A tithe of all our income.’”6

Following “the storehouse” principle of the temple in the Old Testament, Adventist leaders considered it God’s ordained method of support for ministry and mission. In the 1890s, Ellen White wrote: “The tithe should go to those who labor in word and doctrine, be they men or women,”7 and “tithe and liberal offerings” were to finance the different facets of the church.8

The United States stock market crashed on “Black Thursday,” October 24, 1929, eventually loosing 90 percent of its 1929 value. This triggered mass unemployment, homelessness, bank closures, breadlines, and hunger marches. There was no welfare system. This failure, plus an expansionary monetary policy of the Federal Reserve, brought about what is called the “Great Depression” and lasted through the 1930s.9

The unprecedented conditions in society brought a major financial contraction for the support of worldwide church mission and its workers. The theology of the tithe and offering system had been well established, but in 1932 its importance was noted. For the first time, tithing was listed as one of the church’s fundamental beliefs. The Church Manual noted that “all church officers should be tithe payers,” and elders should set an example in returning tithe or not hold the office.

The commitment to faithful tithing was added to the baptismal vows in 1951, where it is still listed. As the Great Depression faded, the Church Manual of the 1950s mentioned that a worker who does not tithe should not continue in denominational employment or be moved to another conference (this has since been deleted).

The church continues to refine and implement its understanding of the tithing system,  learning that it should not just consist of tithe, but be regarded as the tithe and offering system. Some study has given rise to the idea that offerings are of unique spiritual importance, in that tithe is required, but offerings come from a grateful heart.

Then there are discussions that offerings should be based on a percentage, and that much more tithe should be kept at local churches for ministry. Needless to say, the application and distribution of tithe and offerings is still evolving.

The coronavirus has brought about a worldwide health crisis, which has caused a financial catastrophe of unprecedented proportions. The worldwide lockdown is unlike any other crisis the church has encountered. Church members are quarantined, worship services transpire online, social distancing is instituted and travel restricted. All of these will impact the Seventh-day Adventist Church and the gospel commission.

My neighbor, a pastor of another faith, said, “The church is changing. The pastor talks to a camera and his church online. More than ever, preaching must keep a watcher’s attention.” Pausing, he said, “We spend so much money on buildings that can’t be supported. The money needs to be spent on people. We are headed toward an unknown, new way of doing church.”

Society changes in crises. People change in crises. The church changes in crises. Money is the common denominator that ties these entities together. Some believe that culture will never be the same. It may be that the Adventist Church around the world will have to function more locally and use more technology for communication.

Every financial crisis results in less tithe, but th
e three angels’ messages will be lived out in the lives of believers. COVID-19 is no respecter of persons, culture, race, rich, or poor. But this crisis, just like others that faced the church, will change neither the mission of the church nor its scriptural understanding of tithe and offerings.

The finances of the church may suffer, but God will give us new ways to minister, corporately and individually. Tithe and offerings have the same intent now as when James White stated, in 1864, that they are to “support the proclamation of the third angel’s message.”

The tithe and offering system requires a spiritual commitment, and is part of our unique Adventist worldview. What will change, and has changed, is how we implement that principle as faithful members of the Seventh-day Adventist Church. As my preacher neighbor said: “We are headed for an unknown, new way of doing church.” This new way will be determined by how the church can finance doing church, doing school, and doing mission.

“God expects His people to press together spiritually and pull together financially to accomplish His objectives. The global task of the church is many times greater than ancient Israel’s in underwriting the Temple. With so large a challenge before us, let every minister and member enter wholeheartedly into the spirit of Nehemiah: ‘We will not neglect the house of our God’” (Neh. 10:39, RSV).10