Before it was a memorial it was a battlefield. 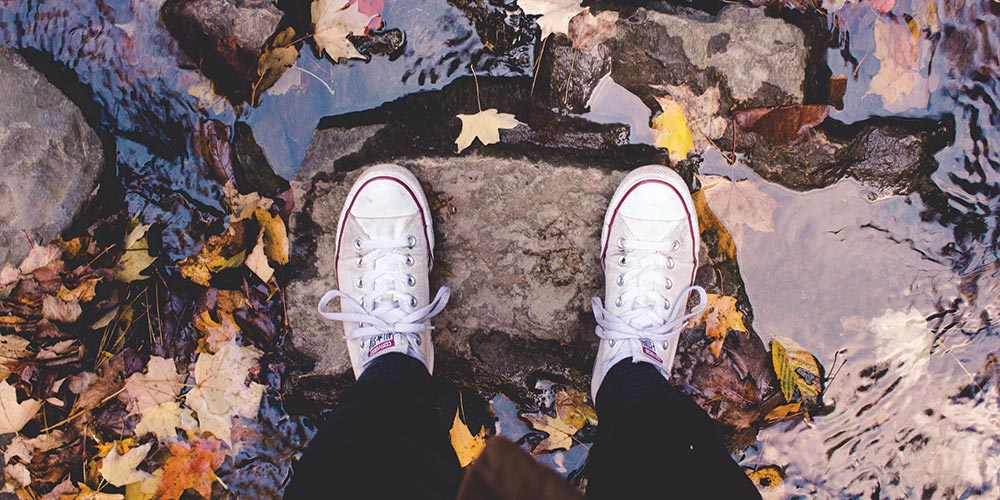 The year 1863 was a crucial one in the American Civil War. The fighting began in 1861; the early battles all took place on Southern soil. But in the autumn of 1862, Robert E. Lee and his Army of Northern Virginia invaded Union territory for the first time. The two armies fought at Antietam Creek, near Sharpsburg, Maryland, in what has been called the bloodiest single day of the Civil War, with more than 3,600 killed and more than 17,000 wounded on both sides. Lee then withdrew his forces back into Virginia.

By the summer of 1863, Lee had regrouped and once again invaded Union territory. The Army of the Potomac, now under the command of General George Gordon Meade, moved into northern Maryland to intercept Lee. One evening, Meade and his staff were in a tent studying maps and comparing reports from observers. One officer leaned over the map and remarked: “According to our information, the armies should intersect here.” He put his finger on an obscure town named Gettysburg. One writer wrote: “Thus, groping through the fog of war, the fingertips of the vast armies had chanced to touch at Gettysburg.”

The town is no longer obscure. The three-day encounter during July 1-3, 1863, cost more casualties than any single battle the United States has ever fought. From both sides more than 40,000 were killed or wounded (many of whom subsequently died), and another 11,000 were captured or missing. Today millions visit to pay respect to Cemetery Hill, Cemetery Ridge, the Round Tops, Seminary Ridge, the Peach Orchard, Devil’s Den, and the vast national cemetery.

Even as the war still raged in other locations, the government took action to set aside the former battlegrounds for the Soldiers’ National Cemetery. The dedication was held on November 19, 1863. The primary speech was given by Edward Everett, one of the nation’s leading orators. He spoke in beautiful and inspiring language for two hours, but few today remember what he said.

A seminary colleague of mine used to say that the secret to being on hallowed ground is found in this simple phrase: be with. That’s it.

Then President Abraham Lincoln was invited to “set apart the grounds to sacred use with a few appropriate remarks.”

The president’s brief address is still remembered as one of the most famous ever delivered. In part he said: “In a larger sense, we can not dedicate, we can not consecrate, we can not hallow this ground. The brave men, living and dead, who struggled here, have consecrated it far above our poor power to add or detract.”

The Stamp of History

Here we have a clue as to what makes a particular place holy. Something very special has happened there. Something that reminds us of overwhelming sacrifice. Something that reaches deep within us. It is no longer an ordinary location, but has entered a new dimension. The poet Mark DeWolfe Howe wrote:

“The village sleeps, a name unknown till men

With life blood stain its soil, and pay the due

That lifts it to eternal fame, for then

Bruce Catton, Pulitzer Prize winner for his one-volume history of the Civil War, borrowed from Lincoln’s speech for his title: This Hallowed Ground. I have borrowed my title from Catton.

The Bible points us in the same direction with an old story from Genesis. “When Jacob awoke from his sleep, he thought, ‘Surely the Lord is in this place, and I was not aware of it.’ He was afraid and said, ‘How awesome is this place! This is none other than the house of God; this is the gate of heaven’” (Gen. 28:16, 17). After praying for God’s continued protection, Jacob vowed: “This stone that I have set up as a pillar will be God’s house” (verse 22).

Since most of us have experienced a variety of buildings, from simple churches to magnificent cathedrals in which to worship, it may seem strange to label a small rock in the open country as the house of God. So we are faced with the question: What makes any particular place holy? Certainly, not a rocky field. May I suggest that even a dedicated church building in itself is not necessarily holy ground. After all, it is just wood and brick and stone with (we hope) some comfortable seating.

But during a worship service when God’s presence is felt in a mighty way, it becomes a holy place.

The story of Jacob suggests at least two qualifications for any spot to qualify as “holy ground.” First, the presence of God is manifested there. Second, worshippers have an awesome, life-changing experience and will never be the same again. As Jacob’s story illustrates, this can happen in any location. Sacredness depends not on structures but on events.

Another biblical illustration is the transfiguration of Jesus (Matt. 17:1-8). Jesus took Peter, James, and John on a hike up a high mountain. There was nothing special about that location. But then an awesome experience occurred. Jesus’ face shone like the sun; His clothes became white as light; Moses and Elijah appeared and talked with Jesus; a bright cloud enveloped them; and a voice from heaven acknowledged Jesus as the beloved Son of God.

Years later Peter wrote of his experience: “We were eyewitnesses of his majesty. . . . We ourselves heard this voice that came from heaven when we were with him on the sacred mountain” (2 Peter 1:16-18). For the rest of their lives this mountain would remain, for them, hallowed ground.

Our Brush with Holiness

We might experience this holiness in a chapel where we sense God speaking to us in a personal way, in an awesome view of a natural wonder, or on a hallowed spot like the home of a spiritual giant like William Miller, or his church, or other special site. Many of us have sensed holy ground in Oak Hill Cemetery in Battle Creek, Michigan, as we viewed the gravesites of dedicated Adventist pioneers. Although I have not personally visited the Maeda Escarpment on Okinawa, where Desmond Doss, under heavy fire, single-handedly saved the lives of 75 soldiers, just watching this story on film creates in me a sense of the sacred.

Most of us will not have as dramatic an experience as Jacob, watching angels climb a ladder into heaven; or Moses, taking off his sandals before the burning bush; or Peter, James, and John on the Mount of Transfiguration. Yet, we also may enter the presence of God and find ourselves on hallowed ground. We may do this by prayer in which we do more listening than talking. I realize that we often think of prayer as confessing our sins, agonizing with God, or pleading for specific requests. Certainly there is a place for that. But I’m thinking here of just relaxing in the presence of God, just being with Him without asking for anything.

A seminary colleague of mine used to say that the secret to being on hallowed ground is found in this simple phrase: “be with.” That’s it. Being in the presence of Jesus, whether waking or sleeping, is the best place to be. Sleeping in His arms, waking up in His presence—next to His heart—this is bliss indeed.

When the bird waketh and the shadows flee;

Fairer than morning, lovelier than daylight,

Dawns the sweet consciousness. I am with Thee.”*

I may not have the experience of Jacob, Moses, Peter, James, or John, but in God’s presence I am on hallowed ground. It is my Bethel.