​The Wrong House at the Right Time

We don’t know what God knows until we follow His lead. 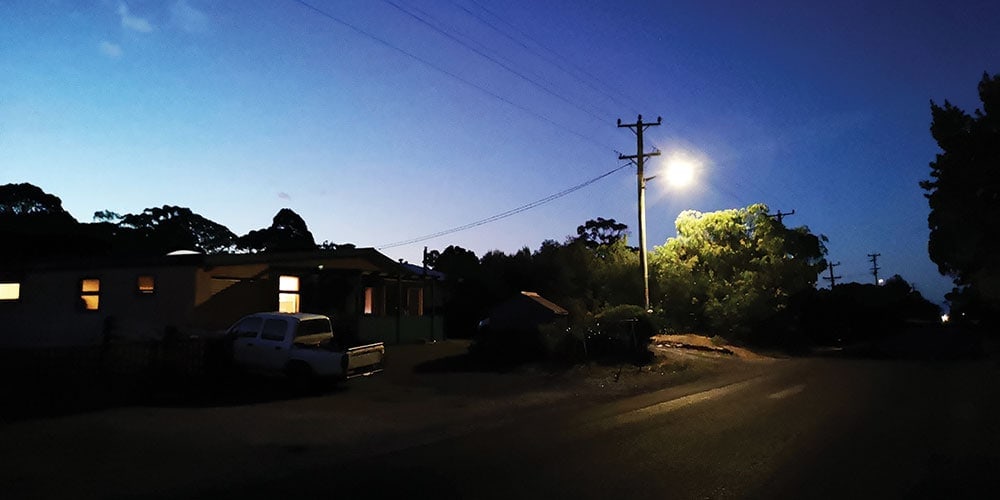 Jesus said, “Go and make disciples of all nations, baptizing them in the name of the Father and of the Son and of the Holy Spirit” (Matt. 28:19). Whatever our profession, position, and status in life, we are to be witnesses to those around us.

When my wife and I got married, we promised God that we would give our lives in service to win people to Jesus. What better way to do that than to talk to people about the Lord? That led me to be a literature evangelist, visiting people in their homes and selling Christian literature. It’s hard work, but very rewarding.

We live in south Georgia, where there are many small towns. One day I was in a town where someone had asked for information about the books I was selling. The address on the card I had in my hand said just “Route 1” and the mailbox number.

I went to the post office to get more information, but it was noon, and the post office was closed. So I put the card in my pocket and spent the afternoon knocking on doors. I visited many homes, but I didn’t sell any books. That was typical, because most of my sales came in the evening, when people were home.

It was almost as if they were waiting for me; it was the family I was looking for earlier that day.

I hadn’t been having a good week as far as sales were concerned. I was hoping for a good day, so I prayed that the Lord would lead me to the right homes.

When it started getting dark, I decided to pick a street on the edge of town and start knocking on doors. So as not to frighten people when they answered the door, I would step back, show them one of the books I had, and say, “I’m visiting Christian families.”

Because it was dark, not many people were opening their doors. I went back to my car and prayed that God would help me sell something. I went to the next house, and a woman came to the door wearing her housecoat. I knew it was getting late.

Going back to my car, I prayed again. The impression came: Just keep going.

A Light on the Porch

OK, I said to myself, I’ll keep going. By that time most of the houses were dark. But I saw up the street that at one home children were playing on a screened porch. I went to the door with a children’s Bible book in my hand.

As the woman came to the door, she looked at the book with surprise. “I sent in a card for that book,” she said. “I never heard from them. Come on in.”

It was almost as if they were waiting for me. I pulled the card out of my pocket, and sure enough, it was the family I had been looking for earlier that day.

The strange thing was that it wasn’t even their house. They lived out in the country. They were visiting their pastor and his wife. As I showed the books, the father of the children turned to the pastor and asked if he should buy the books. The pastor replied, “Yes, they’re good books.”

Ellen White wrote: “As an earthly shepherd knows his sheep, so does the divine Shepherd know His flock that are scattered throughout the world. . . . Jesus knows us individually, and is touched with the feeling of our infirmities. He knows us all by name. He knows the very house in which we live, the name of each occupant. He has at times given directions to His servants to go to a certain street in a certain city, to such a house, to find one of His sheep.”*

I believe that God led me to that home on the edge of town that night. How could I not?