The Way of Life

The cutting-edge media our pioneers used to tell the story of salvation. 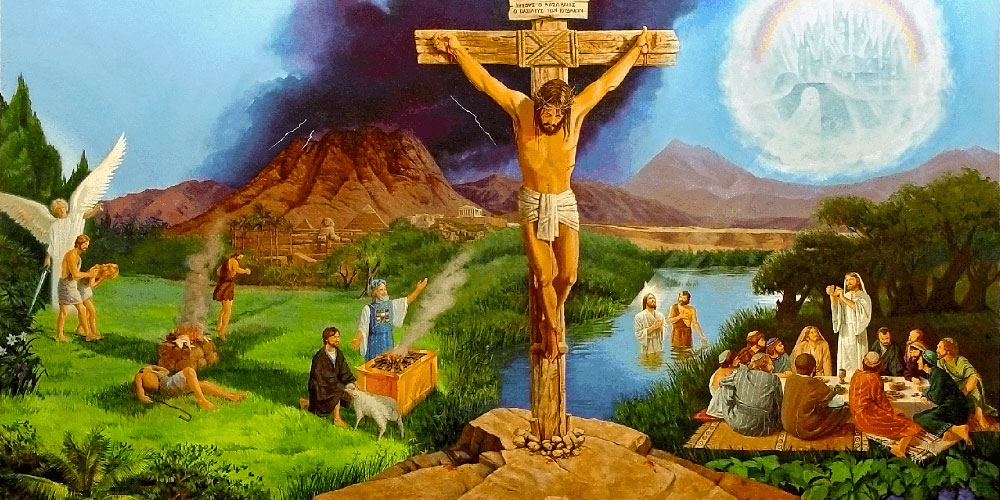 These four illustrations reflect the growing understanding of the plan of salvation experienced among our church pioneers. Notice the progression in each version.

1873  Designed by Merritt G. Kellogg, older half-brother of  John Harvey and William K. Kellogg, the illustration was first advertised in the Review in the May 27, 1873, issue. Kellogg published a 15-page booklet explaining the picture that same year. Evangelists used it to explain the relationship between law and gospel.

1876  “The Way of Life is to be revised and improved in every way,” wrote James White to his wife, Ellen. This version was made available through the Review, in October 1876. A booklet by James White offering an explanation was also available. The prominent eye representing “that God sees all we do” is no longer present. The Holy City has been brought down to earth. The child and the animals representing the earth made new have been removed. A few figures, such as the angel and those depicting baptism, have been improved or changed.

1883  In 1880 James White planned another version with two major changes. Writing to Ellen he noted that “The Law Tree is removed. Christ on the cross is made large, and placed in the center.” This reflected a change in James White—Christ, not the law, is the center of the plan of salvation. Thomas Moran, one of America’s foremost landscape artists, was commissioned to produce the steel-plate engraving. White planned to publish a book to accompany it. Unfortunately, he died August 6, 1881. Ellen White, with the help of her two sons, had the steel-plate engraving produced and copyrighted. The law was replaced by the crucified Christ.

1980  The most recent version was commissioned by the Ellen G. White Estate as a full-color mural painted by Elfred Lee. It was first displayed at the 1980 General Conference session in Dallas, Texas, and now hangs prominently in the stairwell leading to the White Estate visitor center at the General Conference.