​The Truth About Salvation

Is it wrong to be sure about our salvation? 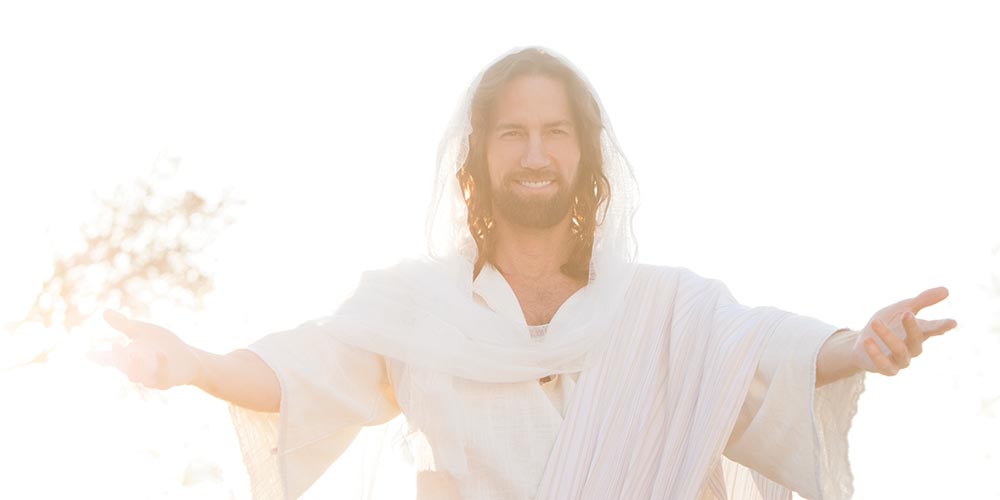 Over the course of the 18 years that I taught religion classes in Christian high schools, I repeatedly gave a quiz intended to take the spiritual temperature of my third- and fourth-generation Seventh-day Adventist students. The results were consist­ently shocking. Ninety-five percent believed if they were killed later that day, they’d come up in the wrong resurrection. In every case their lack of assurance was based on an inability to behave well enough.

I have a preacher friend who ministers primarily to seniors in one of our largest Seventh-day Adventist churches. He routinely concludes in-home visits by asking for prayer requests. He told me that almost without exception, lifetime Adventists express uncertainty regarding their salvation. Their most common prayer request is that they might find assurance.

Why does uncertainty haunt both young and old? Is it actually possible to have “blessed assurance”?

I suggest that many in my Seventh-day Adventist subculture have tended to be more focused on keeping the law than on knowing the Lord. Too often we’ve been more concerned with knowing the facts than having a Friend. This leads to lack of assurance.

Sometime in my youth I got the idea that one unconfessed sin could keep me out of heaven. My definition for sin centered on behavior, and my thoughts and actions missed the mark far too frequently. Fearful that my memory was inadequate to the task, I began praying generic prayers that God would “please forgive me for all my sins and shortcomings.” I figured His memory was better than mine and hoped that He’d cover what I might forget.

My working definition for sin was extracted from one verse: “Sin is the transgression of the law” (1 John 3:4, KJV). I’d overlooked crucial parts of that passage. Consequently, my behavior became a major focal point. I want to come back to this verse, but first let’s consider three other passages.

When asked regarding the most important commandment, Jesus summarized the law as loving God with all our hearts and our neighbors as ourselves (Matt. 22:37-40).

When we enter into a personal relationship with Jesus, our name is written in the Lamb’s book and we become legal owners of eternal life.

In algebra we learn that two things equal to the same thing are also equal to each other. The transitive property states: If A = B and B = C, then A = C. For the purpose of illustration, let A represent the law, B represent love, and C represent God.

God and His law are equal. In fact, the law is simply a transcript of God’s character. Therefore, breaking the law (lawlessness) is actually the same as separating from God (godlessness). At its heart sin is not primarily a broken rule: it’s a broken relationship.

Let’s look again at 1 John 3:4—this time in context. “Whosoever committeth sin transgresseth also the law: for sin is the transgression of the law” (KJV).

My preacher father asked biblical language experts at several universities for their scholarly rendering of 1 John 3:4. They said that properly understood, the passage reads: “Whosoever commits sin (lives life apart from Jesus) transgresses also the law: for sin (living apart from Jesus) results in the transgression of the law.”

Rather than being behaviorally focused, 1 John 3:4 is actually relationally focused. This makes a huge difference in terms of application. If I think the core issue in sin is behavioral, I endeavor to overcome sin by not misbehaving. I strive to gain the victory over my temper, my covetousness, my lust, my impatience, etc.—something as doable as changing my skin color or removing spots from a leopard. My assurance or lack of assurance is directly related to my performance.

When I understand that the core issue in sin is relational, I seek to overcome sin by spending time with Jesus. I fight the good fight of faith by nurturing a personal relationship with Him through Bible study and prayer. My assurance is based, not upon my behavior, but rather upon my Savior and a daily acceptance of Jesus’ grace.

A behavioral definition for sin can create challenges to understanding Scripture that a relational definition for sin handles easily. For example, if the core issue in sin is behavioral (breaking a rule), then a literal reading of Romans 6:23, “the wages of sin is death,” would read, “Break the rules and God will kill you.” Hardly an endearing picture of God.

A Christian high school classmate of mine broke his leg while skiing on Sabbath. Church members discussing the accident concluded, “Too bad he was skiing on Sabbath!” The resulting picture of God is “Break My Sabbath, and I’ll break your leg!”

Such a picture of God produces fear-based obedience. One problem with such obedience is that fear doesn’t last long as a motivator. Hence, one needs new and fresh dosages of fear (maybe last-day events) in order to continue “obeying.” Furthermore, Scripture is clear that God’s government is based on love. It is also clear that “perfect love drives out fear” (1 John 4:18). Therefore, fear-based obedience could not be of God; Satan uses fear.

Are we so excited about our friendship with Him that it’s easy to tell others how wonderful He is?

On the other hand, if the core issue in sin is relational (breaking a relationship), Romans 6:23 is easily reconciled. God is our source of life. “In him we live and move and have our being” (Acts 17:28). Therefore, the “wages” of separating from my Source of life would be death in the same way that pulling the plug on life support results in death. God isn’t out to get us for breaking His rules. He actually begs us not to separate from Him (see Zech. 1:3; Isa. 44:22; Matt. 23:37).

In the light of Scripture, this becomes exciting. “Whoever abides in Him does not sin” (1 John 3:6, NKJV).1 If whoever abides (relationship word) in Him doesn’t sin, then sin would be not abiding. Once again, we’re reminded that the core issue in sin is not about breaking rules, but a broken relationship. A personal relationship with Jesus, then, is worth understanding and experiencing.

Are we seeking to become better acquainted with Him? Are we spending meaningful time each day contemplating His life through His Word and communing with Him in prayer? Are we so excited about our friendship with Him that it’s easy to tell others how wonderful He is? These are the building blocks for relationship—whether with others or with God. If we can answer “Yes” to these questions, we have a relationship with God, and 1 John 5:11-13 is for us:

“God has given us eternal life [note what kind of life is being referred to here], and this life is in his Son. Whoever has the Son [that is, has a relationship with Jesus] has life [eternal life]; whoever does not have the Son of God [doesn’t have a relationship with Jesus] does not have [eternal] life [regardless of whether that person keeps the rules]. I write these things to you who believe in the name of the Son of God so < em>that you may know that you have eternal life.”

Can we know whether we are saved? YES! What are the conditions? Having [think relationship] the Son.

Our Names, His Book

A young single man longed to own a shiny red Corvette. One day he met a young single woman who owned just such a car. He fell in love (he even thought the girl wasn’t too bad). They married, and she added his name to the vehicle’s title. Oh, happy day! He was now legal owner of a red Corvette.

Sadly, my parable has their relationship ending in divorce. Is he still legal owner of a red Corvette? Not in the state where I live. Possessions acquired prior to marriage revert back to the original owner in case of divorce.

When we enter into a personal relationship with Jesus, our name is written in the Lamb’s book and we become legal owners of eternal life. The same principles apply. Hang on to Jesus, hang on to eternal life. Break up with Jesus (permanently), lose eternal life.

But salvation is even better than marriage. We’ve been adopted into the family of God as His sons and daughters (Rom. 8:15, 16). If a child spills the milk or soils its diaper, does that impact its standing in a healthy human family? Not at all! Healthy parents clean spilled milk and change soiled diapers. In fact, they are committed to doing that as the child grows and matures. Its family standing isn’t based upon its bladder control.

Our heavenly Father’s love is even better than that of earthly parents. He is committed to cleaning my spiritual messes as I grow and mature. He doesn’t kick me out because of my faults and failures. In fact, He promises to complete the work He has begun in my life if I stay in relationship with Him (Phil. 1:6).

When we enter the “relationship elevator” with Jesus, He presses the button for the top floor. We may stumble in the elevator as we learn to depend upon Him more and more, but if we fall in an elevator we don’t stop going up.

Jesus Christ “guarantees right up to the end that you will be counted free from all sin and guilt on that day when he returns. God will surely do this for you, for he always does just what he says, and he is the one who invited you into this wonderful friendship with his Son, even Christ our Lord” (1 Cor. 1:8, 9, TLB).2

If Jesus is ours, we can have blessed assurance!

Lee Venden serves with his wife, Marji, as a revivalist for the Arizona Conference (AllAboutJesusSeminars.org).