She certainly suffered as much as the father. 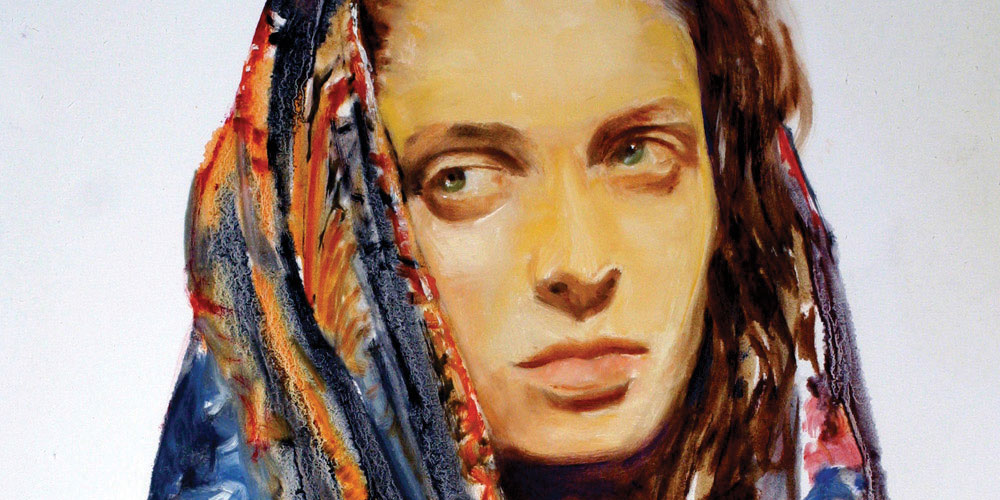 Sometimes facts take awhile to register in the consciousness. Such was the case with my understanding of Jesus’ parable of the prodigal son. Since I’ve been studying and reading God’s Word for more than 40 years, I was certain I understood it well. I saw the central elements in the story, yes, but it took me years to see what, or rather who, was missing. Only recently did I understand that our Savior never mentioned the mother in the family.

The absence of the prodigal’s mother may register with many attentive Bible students for the first time. Like me, most, if not all, Bible believers have never heard her absence mentioned once in a sermon, talk, or article about this well-known parable.

The varying circumstances of the selfish younger son, and the wide range of emotions stirred by the main characters, take place without a mention of—or reaction from—the wife and mother. Where was she?

Perhaps she too had left the family. Maybe she was dead. We aren’t told.

Jesus surely told this parable because it illustrates so well the yearning love and ready forgiveness of our heavenly Father for His wayward children, even after they deliberately turn their backs on Him and walk away. It also reveals the un-Christlike spirit so often cherished against repentant, returning wanderers by those who have stayed in their father’s house.

Nowhere does the Bible teach that God the Father is married; there is no queen of heaven, certain human doctrines notwithstanding. Hence no mother is referred to in the parable. The lessons Christ taught here are evident, well taken, and valid. But as we look at other scriptures regarding parent-child relationships, we can discover much by focusing on the figure so often in the background, unmentioned but still portrayed in other parts of the biblical narrative: the prodigal’s mother.

Surely, if the mother had been there, involved in the situation with her husband and sons, she would have shared the anxiety and desperate longing of the father, praying with fervent and loving desire for her child’s safe return. What were the dynamics of the relationship between the mother and the prodigal before he left home? Was it agreeable and respectable, tumultuous and full of friction, or somewhere in between? We could ask so many questions, but no answers are apparent in Luke 15.

A deep and abiding love is engendered in a mother’s heart, especially that of a Christian mother. The child she conceives is part of herself for the length of her pregnancy. In the centuries before baby bottles, children were also closely supported during years of early-childhood breastfeeding. A mother’s compassion is described by the prophet Isaiah: “Can a mother forget the baby at her breast and have no compassion on the child she has borne?” His answer: “Though she may forget, I will not forget you!” (Isa. 49:15).

When founded in Christ, maternal love flows so wide and deep that the love and care of the Creator is explained in terms of a woman conceiving, carrying, and giving birth. “Listen to me, you descendants of Jacob, all the remnant of the people of Israel, you whom I have upheld since your birth, and have carried since you were born. Even to your old age and gray hairs I am he. . . . I have made you and I will carry you; I will sustain you and I will rescue you” (Isa. 46:3, 4).

A Parable of Personal Experience

I can readily identify with these trials, as I too am the mother of a prodigal son.

Our son’s willful disobedience and disregard of God’s Word has brought deep bitterness and grief to my life. I steadfastly brought him, my firstborn, to the throne of grace, seeking mercy for my family and agonizing with God to spare his life. He was in and out of our home doing his own things and getting involved, against his parents’ advice, with the wrong company. His varying circumstances followed closely those of the prodigal in Luke 15. At times, when the “way in which he should go” (see Prov. 22:6) was brought back to his mind, he talked about the biblical truths he well knew. He admitted that the story of the wayward, self-seeking prodigal was his story.

As his mother, I didn’t always hold my peace as I should have. Many times I argued, debated, and wrangled with our son over his unwise choices. His father and I often wondered what it would take to turn him around. To help our wayward son and brother, my husband, our daughter, and I have been to places and had to deal with situations and officials that I never dreamed we would.

Our prodigal finally reached his “pigpen” when he was denied financial clearance at the college from which his younger sister was preparing to graduate. He knew it was because of his own bad decisions that he was hindered in his attempts to receive a college education. He'd had the same opportunities as his sister. He just didn’t take advantage of them, but got sidetracked and deceived in his self-satisfying endeavors. He realized that he was getting nowhere by leaving God out of his life. He has since renewed his relationship with God and desires to reach out to others, especially young people, to warn them against repeating his sinful ways.

Both his father and I have seen great changes in him, and his relationship with us is greatly improved, as well as between him and his sister. He told me he is asking God to work on him, and is seeking a deeper knowledge of the Bible.

Take heart, dear parents, mothers and fathers of wayward children. God is able and willing to deliver. Never stop praying, never stop hoping, and never stop lovingly witnessing to your child. Never stop claiming God’s promises in His Word. I cling to this promise: “This is what the Lord says: ‘Yes, captives will be taken from warriors, and plunder retrieved from the fierce; I will contend with those who contend with you, and your children I will save’ ” (Isa. 49:25).

I never stopped praying for my prodigal son. I fasted for him and his salvation. With a joyful heart, running over with thankfulness for God’s mercy, I stand beside the proverbial father in Luke 15 with open arms, watching my own prodigal, scarred and bruised, wounded yet healing, make his journey back to his Father’s house.

Josephine Timms is a pseudonym.