For five decades Adventists have mined this significant archaeological site. 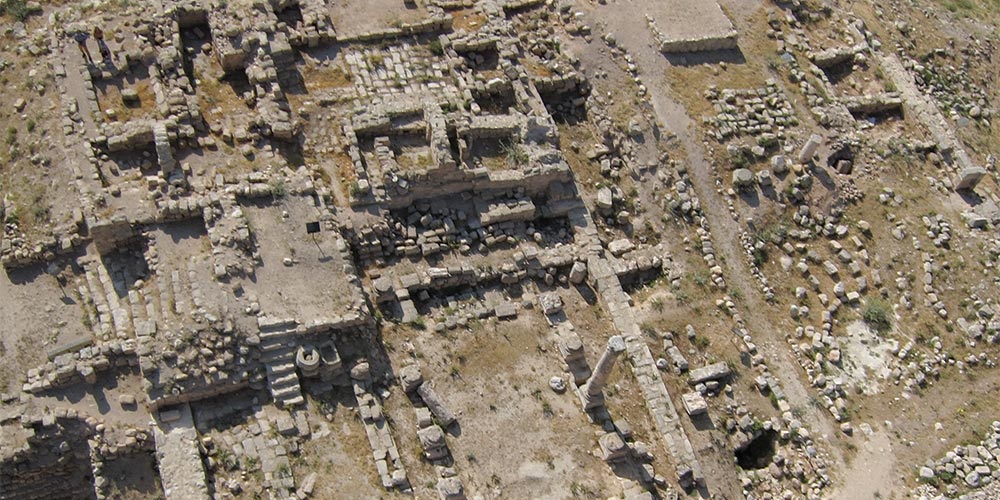 Longtime readers of this magazine will likely remember a series of articles reporting on the discoveries of the Andrews University-led archaeological expeditions to biblical Heshbon in Jordan from 1967 to 1976. Written by Seventh-day Adventist

Siegfried H. Horn and Lawrence T. Geraty, these articles covered not only discoveries illuminating biblical history but also the people, the goals, and the scientific procedures that were integral to the Heshbon expedition.

As a member of the original expedition, who now leads research teams to the same site, my colleague Jeff Hudon and I (OSL) will share some highlights and accomplishments as we mark the fiftieth anniversary of archaeology at Tall Hisban, as the site is known in Jordan today.

We owe a great deal to the founding directors of the expedition, Siegfried H. Horn, Roger Boraas, and Lawrence T. Geraty. The original Heshbon team routinely and enthusiastically adopted innovative practices for data collection and analysis, even pioneering new methodologies themselves. The expedition became a leader in introducing multi-disciplinary approaches to the study of Jordan’s long-term past, including studies of animal and plant remains, groundbreaking research on the material culture of the Islamic centuries, studies of life in the present-day village and, most recently, community archaeology. Scores of Jordanian and foreign archaeology professionals have started or grown their careers by working at Tall Hisban.

Power and Prestige at Hisban

Hisban (or Heshbon in the biblical text) played a significant role in biblical narratives, and continued to do so in later periods as well. Located at 2,900 feet (885 meters) above sea level along the edge of the highland plateau overlooking the Jordan River valley from the east, Hisban’s summit provides panoramic views of storied biblical landscape. To the southeast, across the plains of Madaba, known in the Old Testament as the “tableland” of Transjordan, is a highly contested region. Here King David (1 Chron. 19), Israelite rulers Omri, Ahab, and Jeroboam II (2 Kings 14:25), and kings Uzziah and Jotham of Judah (2 Chron. 26:8-10; 27:5) fought against neighboring nations for control over this strategic and agriculturally valuable plateau. Ammonites and the Moabites were Israel’s most notable adversaries in the region (Isa. 15; 16; Jer. 48; 49).

To the southwest of Hisban lies Mount Nebo, a prominent ridge ending in two peaks. From this vantage point God showed Moses the entire sweep of the Promised Land, then buried this great Israelite leader in an unknown location somewhere in the vicinity of Nebo when he died (Deut. 32-34).

Because of its commanding location, its natural endowments in terms of annual rainfall amounts, fertile valleys and slopes, and construction-quality limestone, Hisban has been a place for the demonstration of power and prestige by various rulers going back more than three millennia. Thus, excavations at the site have uncovered traces of a long succession of regional and imperial powers that have influenced the material culture and daily life at Hisban over time, including Egyptians, Assyrians, Neo-Babylonians, Ptolemaic Greeks, Romans, Byzantines, Umayyads, Abbasids, Ayyubids, Mamluks, Ottomans, and British.

The following persons, representing various ancient kingdoms and empires, brought widespread notoriety to Hisban and influenced the lives of its inhabitants.

The earliest biblically attested ruler of Hisban and the person most often associated with this biblical site, was Sihon, king of the Amorites (Num. 21:21-34; Deut. 2:24-32). Sihon famously attempted to block Moses and the Israelites from traveling through his domain, which he had conquered from the Moabites. Despite Israel’s message of peaceful intentions, Sihon marched his army out from Hisban to fight against Moses and Israel at Jahaz near the desert to the east. Sihon and his army perished by the sword, and the Old Testament preserves the poetic “Song of Heshbon” (Num. 21:27-30), which memorializes this Israelite victory over the Amorites and their sacking of Heshbon.

Perhaps the first person to fully exploit Hisban’s potential as a capital and administrative center was King Solomon of Israel. First Kings 4:19 seems to indicate that Hisban functioned as the capital of Solomon’s twelfth district, governed by one of Solomon’s officials, Geber, son of Uri. Ecclesiastes (2:4-6) and Song of Songs (7:4) hint that Hisban also served as one of Solomon’s royal estates. In 1971 Professor Horn and his team began to excavate an enormous rectangular reservoir cut from the bedrock high on Hisban’s southern slope. Archaeologist Larry Herr, who oversaw the excavation of this monumental installation, estimated that the reservoir’s capacity was an astounding 2.2 million liters of water!

An extensive labyrinth of subterranean caves and cisterns beneath Hisban may attest that an on-site spring once provided water for Hisban’s inhabitants. Since such a huge quantity of water far exceeded the needs of Hisban, a primary purpose of the reservoir may have been that of an enormous holding tank for irrigating, via gravity-fed channels, an extensive array of gardens and orchards.

Although not specifically mentioned in the New Testament, Esbus (as Hisban was known in the Early Christian period) played a prominent role in the territory of Perea, governed by the Hasmonean and Herodian dynasties, and boasted a Roman temple and plaza. After the rise of Christianity Hisban became an episcopal seat, and bishops from Esbus attended important Church councils. The original Heshbon expedition identified and partially excavated three Byzantine-era churches at Hisban. Members from our team are now conducting focused research on religious aspects at Hisban during the New Testament, early church and later Islamic periods.

We must note, however, that our excavations at Hisban have not provided direct archaeological confirmation for any of the famous individuals listed in the sidebar. In fact, archaeology rarely provides direct evidence for or against the existence of any one particular ruler.

While our research shows that Hisban was a place for the demonstration of power and prestige by conquerors and kings, it also reveals the daily lives of their local subjects—the farmers, artisans, and merchants that occupied the site throughout time. Their story is best preserved among Hisban’s many discoveries.

These local inhabitants built and maintained dozens of cisterns, terraces, and other water installations throughout the site. They enlarged and dwelt in nearby caves and built houses and sheep pens on its slopes. Hisban’s inhabitants fashioned many of the thousands of ceramic vessels and other household artifacts found during our excavations. Bones recovered at Hisban reflect that people populated Hisban with horses, donkeys, sheep, goats, chickens, doves, and, yes, pigs.

The local population terraced the hillsides, planted olives and grapes, and used oxen to plow the surrounding plains to harvest wheat, barley, and other grains. They accomplished all this by clinging to the institutions of hospitality, honor and shame, and tribalism as a means for security and solidarity in the face of outside threats. By following these time-tested formulas, their way of life survived, outlasting their many conquerors and continuing to the present day.

Decades of excavation at the site have resulted in a new challenge: how to preserve and protect Hisban’s exposed ruins from natural and human threats. As archaeologists, we have to assume some of this responsibility and provide a sustainable future for it. This concern led to the most recent phase of our work, namely, collaborating with the local community to help them benefit from Hisban as a tourist destination, even as they also help us care for it. This practice is known as community archaeology, and our Hisban team has been a pioneer for this type of archaeology.

With the local community’s help, we turned Hisban into an archaeological park where three dozen signs in Arabic and English guide locals and tourists along well-groomed interpretive paths. A local ironsmith made the metal signs on which a local schoolteacher then inscribed explanatory texts, and a site steward is responsible for the upkeep of the park. Such partnerships with the local community are a win-win for all parties and essential for small business development and jobs that will undoubtedly result from developing the archaeological park.

At the conclusion of our next field season in July 2018 we look forward to celebrating 50 years of friendship and cooperation between us and the local community at Hisban. Our experience with scientific endeavors, united to collaboration with the local community in helping care for the site, has allowed us to appreciate the many and varied ways in which we may be blessed by and be a blessing to our local friends and neighbors, as well as to the wider academic community.

Øystein S. LaBianca is professor of anthropology and associate director of the Institute of Archaeology at Andrews University. Jeffrey P. Hudon is a recent graduate of Andrews’ Ph.D. program in Ancient Near Eastern Archaeology and an adjunct professor at Bethel College in South Bend, Indiana.

Closer Look
Digging Deep and Finding Treasures
This book fills a significant void and offers readers a good entry point to better understand the profound connections of the texts of the Bible to their surrounding cultures.
Magazine Article
Destruction or Transformation?
God’s mighty acts of salvation in the book of Jonah. 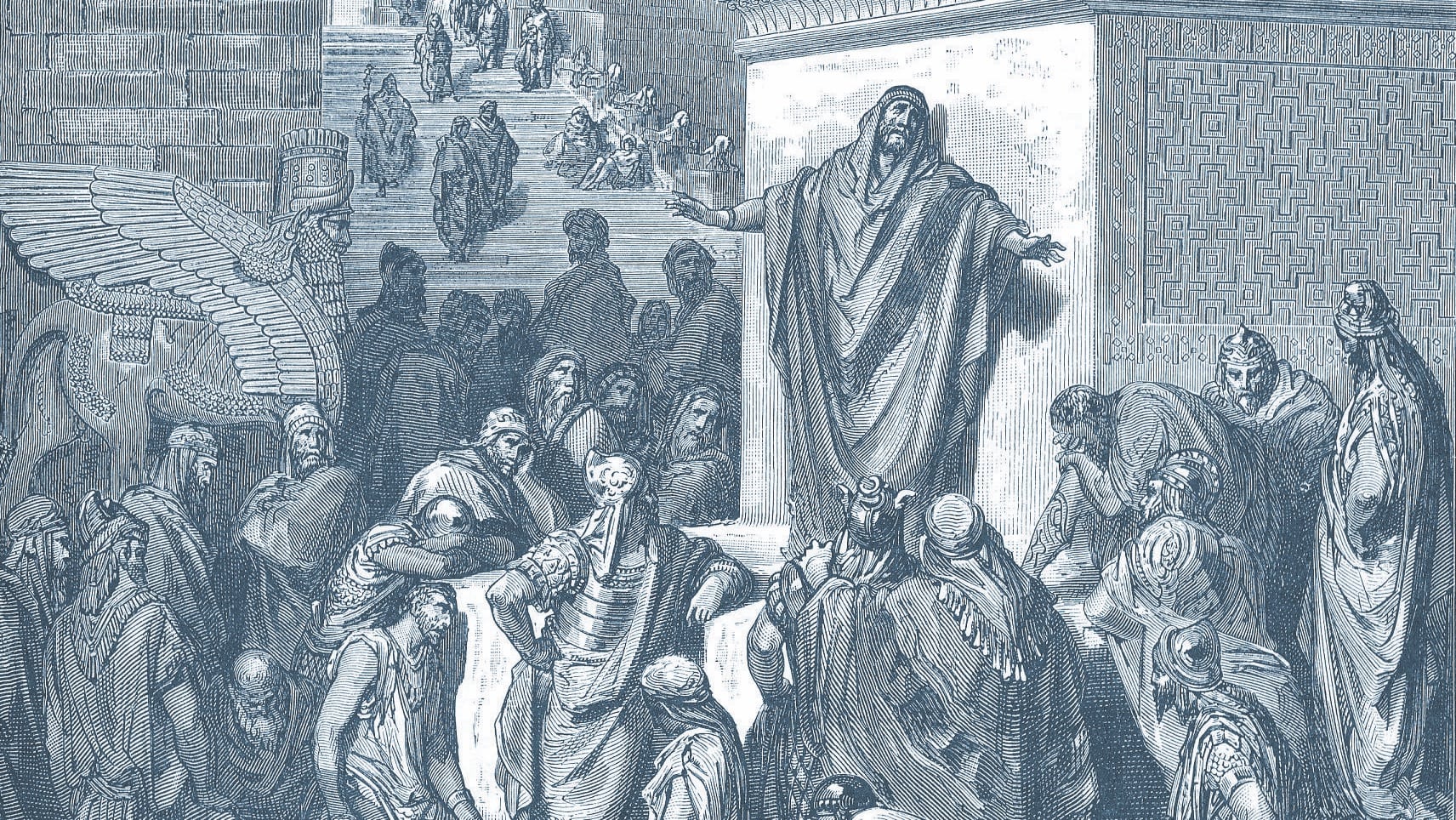