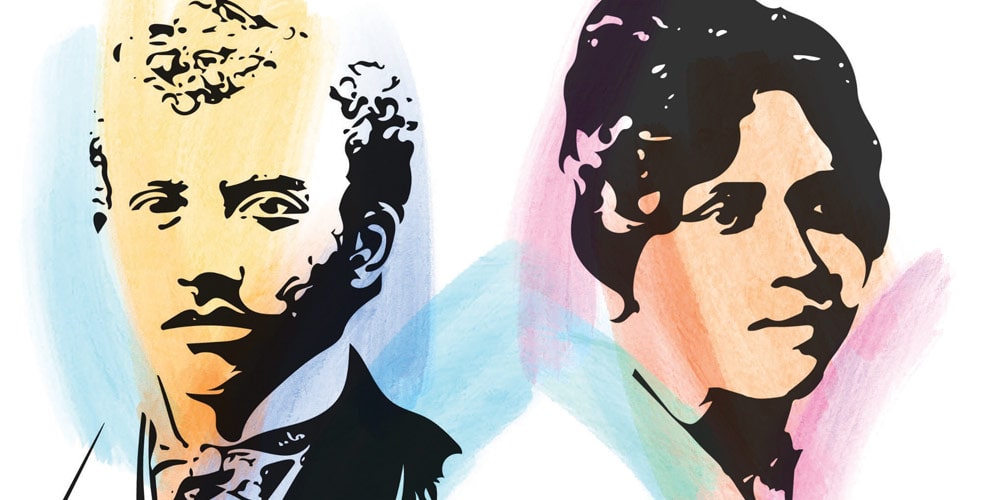 Historian and educator Carter G. Woodson noted: “Those who have no record of what their forebears have accomplished lose the inspiration which comes from the teaching of biography and history.”1 The giants of faith listed in Hebrews 11 stand as compelling models and continuous inspiration to those who contemplate them. The author encourages us to learn from them (Heb. 12:1-3). He knows that seeing how people use their gifts, in response to a need, to make a difference for good, brings inspiration, education, and motivation to succeeding generations of Christians.

The Gift of Helps

William and Eliza Hardy consistently modeled the gift-to-goodness principle. Along with their six children, Alice, Eugene, Asher, Lloyd, William, and Mary, they were one of the Black families who accepted the Adventist message in the 1850s.2 In the spring of 1846, two years after the Great Disappointment, William and Eliza settled on 95 acres in Gaines Township, Michigan, about 13 miles from Grand Rapids. With slavery in the South and racial tensions high, the Hardy family made their farm into a haven of rest.

A seeker of truth, Eliza Hardy began observing the seventh-day Sabbath in the summer of 1857. Previously a Freewill Baptist, she learned of the gospel from Joseph Frisbie, an Adventist minister. Her husband, William, quickly embraced his wife’s newfound faith. Of his conversion William wrote, “I was led to cast my lot with the Sabbathkeepers . . . and I have never regretted that step. . . . Our hearts were made glad; and we were enabled to ‘read our title clear to mansions in the skies.’ ”3

Immediately the Hardy family set their gifts, skills and resources to work for blessing the fledgling Advent movement. Their farm and their spiritual gifts of helps and hospitality aided weary Adventist laborers passing through their locale. Travelers knew that they had an open invitation to gracious room and board at the Hardy farm.

John Byington, later the first General Conference president, overnighted with the Hardys in 1857. Two years later Ellen White and John and Mary Loughborough were caught in a gathering storm while returning home to Battle Creek. With snow falling, the travelers lost their way, but finally made it to the Hardy home—just in time for dinner.

Ellen White recorded this visit in her diary: “We were heartily welcomed by the family. A good dinner was soon in readiness for us, of which we thankfully partook. This is a colored family. Although the house is poor and old, everything is arranged with neatness and exact order. The children are well behaved, intelligent, and interesting. May I yet have a better acquaintance with this dear family.”4 Ellen did become better acquainted. Five days before Christmas of 1866, now accompanied by her husband, James, she again visited and fellowshipped with the Hardy family.5

As the Hardy family continued to minister goodness to their community and share good gospel news, the Lord blessed and prospered them in return, and in full measure, in keeping with Jesus’ promise (Luke 6:38). Following the founding of the Seventh-day Adventist Church in 1863 and the end of the Civil War in 1865, their land holdings increased, as did their standing in the community: in 1872 William was elected supervisor of Gaines Township, believed to be the first Black elected official in Michigan. He later became the leader of the Adventist church in Caledonia/Gaines Township. Eldest son, Eugene, is believed to have been the first Black person to graduate from high school in Michigan in 1877.

The Gift of Healing

Born the second of six children in Natchez, Mississippi, in 1892, Ruth Janetta Temple was raised to value education at a time very few Blacks were formally educated. Her father, Richard Temple, was a Baptist minister; her mother, Amy Temple, was a graduate of Shaw University Normal School. Though her father died when Ruth was 10, and her mother had to work full-time, early on Ruth developed a love for learning.6

The Temples moved to Los Angeles, California, in 1904. As an early teen Ruth had two experiences that led to her life’s calling. The first occurred when her elder brother had gunpowder explode in his eyes in an experiment gone wrong. Ruth wished to treat him but didn’t know how. Another time Ruth was able to use first-aid treatment that she had learned, to resuscitate a young boy who nearly drowned. Early in life Ruth witnessed how physicians could bless people.

It was the health message that attracted Ruth to the Seventh-day Adventist Church. T. W. Troy, the father of Owen A. Troy, Sr., the first Adventist to earn a doctorate in theology, sponsored her to attend Loma Linda Medical School. In 1918 Ruth Temple became the first Black woman to graduate from Loma Linda.

Armed with a medical doctorate, Ruth Temple set out to apply her gifts to bring goodness to her community. Following graduation she and her husband, Otis Banks, opened the first medical clinic in southeast Los Angeles, a community in desperate need of the goodness Temple could bring. Ruth and Otis financed the health clinic, which was in their private residence. To make room for the medical equipment the Temples slept in a chicken coop for two years. The clinic expanded to become the Temple Health Institute, which provided free health care and much-needed health education programs. This model was replicated in urban centers throughout the United States.

Later Dr. Temple did an internship in obstetrics and gynecology in 1923 with the Los Angeles City Health Department. In 1941 the department offered her a full scholarship for a master’s degree in public health from Yale University. Temple was appointed director of the Division of Public Health for the city of Los Angeles in 1941. She retired in 1962. Throughout her career of service, she received recognition for her work from then California governor Ronald Reagan, and U.S. presidents John Kennedy, Lyndon Johnson, Richard Nixon, and Jimmy Carter. This Black history maker died in Black History Month of 1984, in her beloved city of Los Angeles, after a ministry of goodness that saved lives, facilitated wellness, and brought healing for many, as well as deep personal satisfaction for themselves as they followed the footsteps of Christ.

Ellen White highlighted the value of learning from the lives and experiences of others. She said: “Again and again I have been shown that the past experiences of God’s people are not to be counted as dead facts. We are not to treat the records of these experiences as we would treat a last year’s almanac. The record is to be kept in mind, for history will repeat itself.”7

The record of the gift-to-goodness principle repeats itself every time one of us looks deep within to discover our gifts, looks without to see where we can use them for the good of others, and then, with grace and God’s guiding providence, makes it happen.

Closer Look
The Gift
What the Sabbath means to me.
News, Obituary
Former Adventist Leader Rose Otis Dies at 82
Otis was the first women’s ministries director of the General Conference of the Adventist Church.