Their story begins with a commitment to follow the truth. 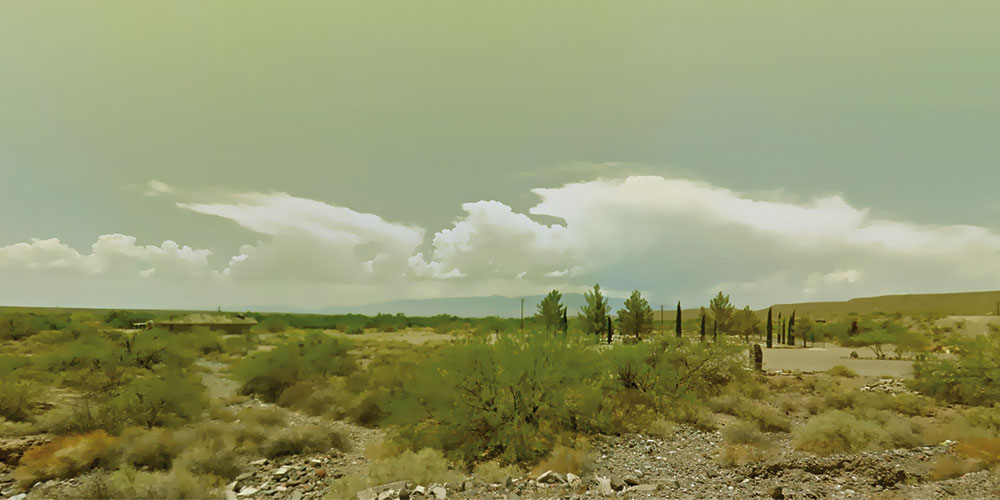 In the summer of 1899 two Seventh-day Adventists knocked on the door of Marcial Serna, pastor of the Tucson Mexican Methodist-Episcopal Church. Walter Lawrence Black, a literature evangelist, was selling books by Ellen White in the Tucson, Arizona, area. Charles D. M. Williams, who had been sent to help develop the interests in Adventism that Black found, accompanied him. When Serna answered the door, both Black and Williams were delighted to discover that he was bilingual. Black enthusiastically proceeded to give Serna his canvass.

After listening politely, Serna told them, “I’m sorry, but I already have lots of books. I’m not interested in buying any more.”

The two men left somewhat disappointed. Sensing, however, that the pastor was sincere and, if given the opportunity, might accept the Sabbath truth, they decided to try another approach.

Returning the next day, Black and Williams knocked again on Serna’s door. “Pastor Serna,” Black began, “We’re at a real disadvantage since so many Mexican families living here do not speak English. Would you be willing to teach us some Spanish so that we can communicate with the people when we visit their homes?”

Serna was a sincere man, and he truly wanted to help them. “
Con gusto [with pleasure],” Serna told them. “Come back tomorrow, and we will start your lessons.” Early the next morning Black and Williams were at Serna’s house learning to roll their Rs and twist their tongues in imitation of their Spanish teacher.

“I think it would be good if we had something to look at, to see the words we’re trying to say,” Williams suggested. “Why don’t you show us some of these words in the Bible?”

“Good idea,” Serna agreed. Placing the Spanish and English Bibles side by side, they opened them to the first chapter of Genesis and continued their study. Everything seemed to go well. They learned words such as
Dios (God), hombre (man), día (day), noche (night), and how to count up to seis (six).

But the next day when they started studying Genesis 2, things changed. They had read only verses 2 and 3 when the lesson ended in a disagreement over the phrase
séptimo día (seventh day) and which day was the right day to observe as the day of worship.

Serna was so confident that Sunday was the right day to observe that he challenged the two young men to a public debate on the Sunday-Saturday question.
1 “I know Sunday is the Sabbath; I can prove it from the New Testament. If we can’t agree here, perhaps we should have a public debate and let the people decide who is right.”

On the day of the debate many interested Christians and curious onlookers were present. In those days, debates were a type of entertainment. Both young Adventists had prepared diligently, but Walter Black led out. Walter had a list of more than 40 Bible verses to use in his presentation, but just before he got up to speak, the Lord impressed him to make a very simple presentation. He cut his list of verses down to 12.

By the time it was Serna’s turn to speak, he was convinced. Standing before the people, he confessed, “I now see that my opponents have brought out the truth from God’s Book. I was going to show them where they were wrong, but I see the truth of the Bible. It is clear from God’s Word that the seventh day is the Sabbath. I promise you and God that next Saturday I will rest on that day. With God’s help, I will keep His Sabbath.”2

After this surprising testimony, Serna invited Black and Williams to his home to discuss the matter further. He told them about the letter he had received from Abel and Adiel Sánchez (two brothers who had learned about the seventh-day Sabbath as a result of their own Bible study). “The hand of the Lord has been working,” he said. “At the right time He sent you to me. My eyes have been opened to understand His Word on this particular subject. I plan to go see the young Sánchez boys in answer to their letter about the Sabbath. Will you go with me?”3

Meanwhile, it was harvesttime on the Sánchez rancheria. Abel and Adiel went quite often to the mining camps with their peaches, apples, and dried vegetables. One day, when they returned from one of their trips, they found a letter from Pastor Serna waiting for them. “Hey, Abel, here’s a response from Pastor Serna,” Adiel said as he opened the letter. “He says he’ll be here in the middle of the week. The two men he was debating will be here too. I wonder if he proved to them that Sunday is the Lord’s day of rest? Whatever the truth is, if it is proved by the Bible, I’ll accept it.”

“For the past few weeks,” said Adiel, “my search has been to see if the seventh-day Sabbath was replaced by Sunday. If it is somewhere in the Bible, I won’t have any more questions. I’ve made up my mind to follow His Word—even if I’m the only Sabbathkeeper.”4

That Wednesday evening Marcial Serna came as he had promised; and he brought with him the two literature evangelists. Serna called for a meeting, and the little church filled to capacity. As Black and Williams stood to address the crowd, they were struck by how God was using them.

Here we are, they thought, two Anglos who cannot speak Spanish, addressing an audience, most of whom cannot speak English. “God, You have to help us!”

But God had already promised in His Word: “Before they call I will answer; while they are still speaking I will hear” (Isa. 65:24). Pastor Serna and Adiel Sánchez were His chosen translators, and they helped deliver the message of the Sabbath that evening.

The message, however, divided the church—and the Sánchez family. The Adventist young men decided to stay in the area and continue studying with those interested, which included Adiel and Abel. This division in the Sánchez family over which day to keep continued for several months, with the tension growing to the point that the patriarch, Lorenzo, could stand it no longer. Intending to settle the matter once and for all, he called his entire family together. 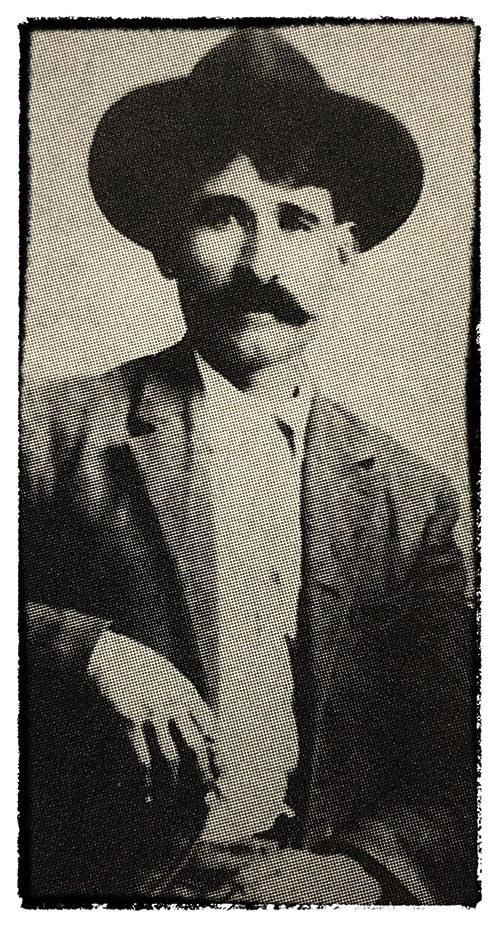 In those days, in accordance with Hispanic culture and tradition, the patriarch of the family did all the talking. The sons were not allowed to answer back, since that would have been considered disrespectful. So the Saturdaykeeping Sánchezes asked Black, Williams, and Serna to be present to defend them.

After a stern lecture, Don Lorenzo had his Saturdaykeeping sons and daughters stand before him. Sitting in his chair, his rifle in his lap, he looked each one in the eye and warned them: “This division in the family, with some worshipping on Saturday and the others worshipping on Sunday, is not good. You must give up these crazy Adventist ideas about Saturday being the Lord’s Sabbath and worship the Methodist way, the way I brought you up!”

When he saw that he could not convince them, he was outraged and threatened, “If you do not obey me, I will kill every one of you!”

Abel and Adiel respected their father, but they could not turn their backs on the truth. Their loyalty to their heavenly Father and His commandments took precedence. Even the threat of death could not persuade them to renounce their faith.

At the time they were all living in their father’s house. One evening when the sons came home, Don Lorenzo was waiting for them at the door. “Abel, Adiel, have you decided to give up this foolishness about the
sábado yet?”

“Papa, we cannot do other than what the Bible tells us,” they answered respectfully.

“Well, since you will not renounce your faith, I have no choice but to disown you. You are no longer my sons. Take your belongings, your families,
your Sabbath and get out of my house immediately!”

Sadly, with heavy hearts the two young men, along with their wives and little ones, packed their few belongings and moved outside—into the yard—(for there was nowhere else to go). For a time they were forced to live under the
Alamo (cottonwood) trees near the house, sleeping outdoors, and cooking on an open stove. But their faith never waivered. They had promised to follow God’s Word, even if they were the only ones. Eventually a relative took them in.

In December 1899 Black and Williams had a group of 15 people ready for baptism. Among them were Marcial Serna and Abel and Adiel Sánchez, along with other members of the Sánchez family. Black and Williams contacted the Arizona Mission in Phoenix, requesting that someone be sent to baptize the group. R. M. Kilgore, in charge of district 5 of the General Conference, responded to the call.

When Kilgore arrived, he met with the baptismal candidates and found them firmly grounded in the truth. Arrangements were made for a baptismal service, and on a cold but sunny afternoon, December 9, 1899, he immersed them in the chilly waters of the Gila River, Marcial Serna being the first to be baptized.5

Meanwhile, Don Lorenzo was determined to make good on his threat and had acquired a revolver and plenty of bullets. He planned to kill all the newly baptized Adventists when they came back to the church from the baptismal service.

All the sons and daughters hurried to their father’s bedside. He had apparently suffered a stroke. Eleven days later, on December 20, he passed away.

Before Don Lorenzo breathed his last, he gathered his family close to his bedside and pronounced a blessing on each one. When he came to Adiel, he said, “You have been a kind and obedient son. I was always pleased with you. But lately you have chosen to obey your heavenly Father according to your conscience. May God give you the courage and strength to do what you have determined.”

The little adobe church now became even more central in the lives of the Sánchez family, not only for their spiritual well-being but also for their children’s Christian education. They wanted their children to have an education that included God.

“Send us an Adventist teacher,” the families asked leaders at the Arizona Mission. In response to their request, Augusta de Angeles, who also served as a Bible worker, was sent, becoming the first Adventist teacher to serve in Sánchez. Subsequent Adventist teachers were F. M. Owen, H. F. Courter, Lorenzo Stump, and Harold Ward.

Methodist members of the Sánchez family decided to give their little adobe church to the Adventist believers. “We will give you this church,” the Methodists said, “with the condition that you help us build a new church for our members.”

The Adventists agreed, and both groups promptly laid the foundation, put up the walls, and installed the doors. But it began to rain before the roof could be installed. It continued to rain day after day, causing the project to come to a complete halt.

When it finally stopped raining several days later, the Sánchez family inspected what was supposed to have been the new church. They found the building flooded. The unprotected adobe walls had become waterlogged and two of them had collapsed. With no way to salvage it, the building was never completed.

As the years passed, children of those charter members moved away. Some went to Adventist colleges and became nurses and teachers. Many served in other church institutions. But it all began in Sánchez, Arizona.