The Enduring Light in Massachusetts

Adventists in New England invent and reinvent themselves. 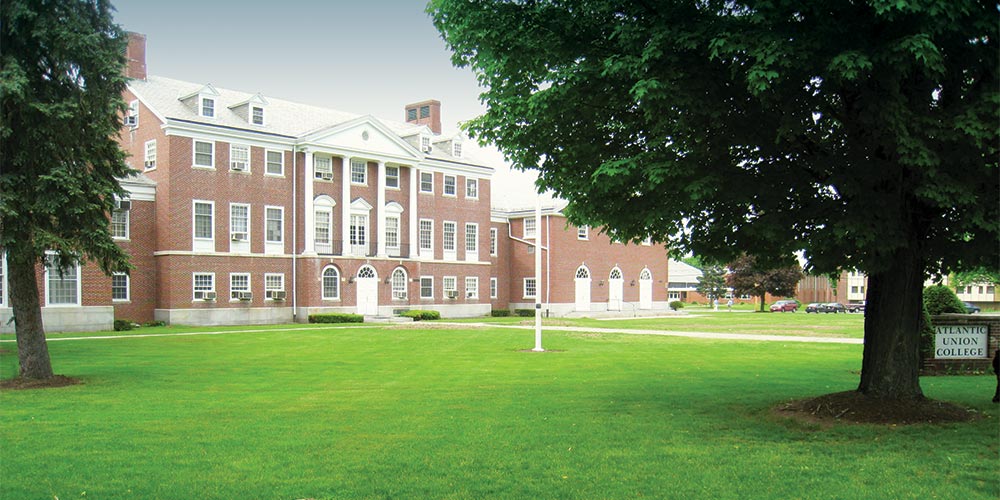 Seventh-day Adventism in New England was an outgrowth of the nineteenth-century Millerite movement inspired by the ministry of Baptist lay preacher William Miller. By the time delegates from a number of states met to organize a General Conference of the movement in Battle Creek, Michigan in May 1863, Adventist believers had begun focusing on a community in the heart of New England as a place to gather and build.The congregation they founded 1n 1864, now the South Lancaster Village church, welcomed Hannah More, longtime missionary to Africa, as its first baptized member in 1866. Four years later, the New England Conference was also formed in South Lancaster, a village about 15 miles north of Worcester.

The work among former Millerites and those of other Christian denominations grew quickly, and South Lancaster increasingly became a center for Seventh-day Adventism. A school, South Lancaster Academy (SLA), established in 1882, subsequently evolved into two schools, SLA and Atlantic Union College (AUC).1 Other institutions that came to locate in South Lancaster included an elementary school, the Southern New England Conference, and the Atlantic Union Conference, administering the church’s work in the six-state region and New York.

Nineteenth-century growth among Adventists also benefited from the work of the Vigilant Missionary Society, women of South Lancaster who distributed literature, wrote letters of encouragement, and regularly visited and supported both the physically and spiritually needy.2

Education contributed significantly to the growth of Adventism in South Lancaster. SLA continued to serve Adventists even as it grew to four-year AUC. For more than 40 years, academy and college students shared dormitory space, until the New England Accreditation of Schools and Colleges (NEASC) alerted the AUC board, in the 1950s, that renewed accreditation depended on separation of college and academy. The Atlantic Union Conference asked the Southern New England Conference to take over secondary education in the area, and the conference, at a rural site in New Braintree, Massachusetts, constructed Pioneer Valley Academy (PVA), which opened in 1965 with a total of 233 students.

In 1914 the Everett church school, originally operated by the Malden and Everett churches, began, with 13 students, in the basement of the Universalist church in Everett. By 1916 the school needed to relocate. In 1920 attendance had grown to 59, with practically all the churches in the Greater Boston area taking an active interest in its success. The expanding school was rebranded as the Greater Boston Intermediate School.

Migrating to the Boston Temple church in 1924, the school had to move again when the church building was sold in 1940. A few years laterthe Boston Temple Junior Academy, as it had become known, became a senior academy, Greater Boston Academy (GBA). In 1965 GBA moved to the grounds of the regional Adventist hospital. When the hospital closed in 1999, the academy relocated to the campus of the nearby Edgewood Adventist Elementary School.

On April 28, 1899, on behalf of the Adventist Church, eight men obtained a charter to set up an organization for the express purpose of establishing a sanitarium in South Lancaster. Originally known as the New England Sanitarium and Benevolent Association, it was the eastern branch of Adventism’s celebrated Battle Creek Sanitarium and administered the same wholesome natural remedies that had made Battle Creek famous.

People flocked to Adventist sanitariums for their unique hydrotherapy and dietary treatments, and other health practices. By 1901 more than 600 patients from 26 states, Canada, and overseas had come to the sanitarium. First constructed beside the college in South Lancaster, it was later disassembled piece by piece, transported by rail, and reassembled beside Spot Pond in Stoneham, Massachusetts as the church’s premier medical facility in the region. By October 1902 it was fully operational at its new site.

Ellen White visited soon after and wrote that its move to a quiet country location was in accordance with the divine blueprint, “far enough removed from the busy city [of Boston] so that the patients may have the most favorable conditions for recovery of health.”3 To avoid a repeat of the Battle Creek loss,4 the sanitarium was placed directly under the control of the New England Conference. Later known as the New England Memorial Hospital (NEMH), the institution, for decades, boosted the reputation and impact of Adventism in New England.

At the close of the 1982-1983 academic year the Southern New England Conference’s boarding high school, PVA, had amassed $150,000 in unpaid bills. A conference constituency session voted to close the school and sell the property just as apple trees planted on the property were coming to maturity. Proceeds from the sale ($2.5 million) were put into a secondary education trust fund, with the interest to fund scholarships for Adventist-constituent youth to attend any Adventist academy in the region.

Twelve years later AUC, Adventism’s only four-year college in New England, lost its accreditation, leaving students unable to obtain government-backed guaranteed student loans to finance their education. Most students transferred to other schools, but many faculty and staff were left to fend for themselves. Not everyone lost faith, and the school has since been reopened.

The loss of key institutions has not extinguished the light of gospel witness in New England. Immigrant congregations have emerged in the heartland of the Millerite movement. Adventist membership in New England is now at an all-time high. Church leaders are rising to the challenge of reimagining how witness, church planting and growth can be supported in the years ahead.