The End of Normal

Is chaos all we can look forward to until Jesus returns? 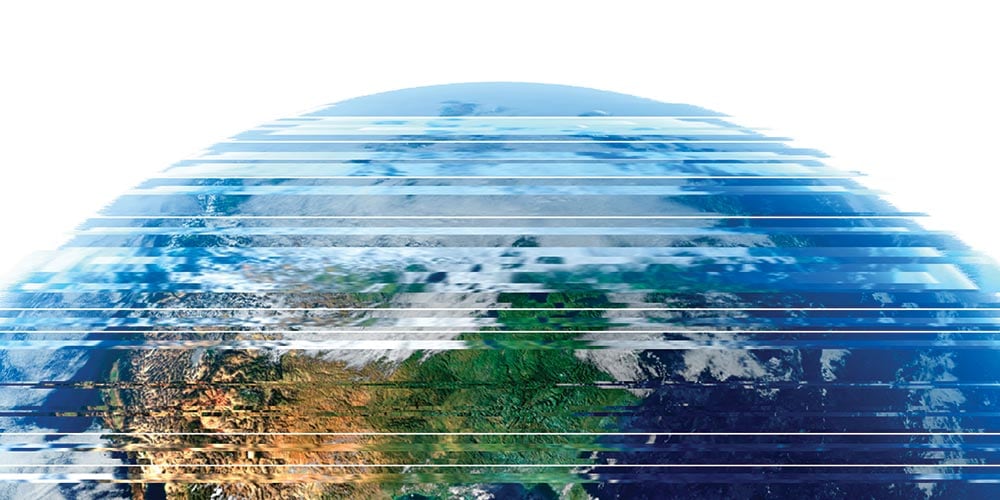 God created the earth in elegant perfection. Each of the awesome and massive individual natural systems created to sustain life on earth combined to form one amazingly complex yet perfect earth system. Our atmosphere and hydrosphere, our climate system, our soil system, and all the others joined in one seamless whole. It was flawless and balanced in its integrated perfection that when God looked at everything He had made, He called it “very good” (Gen. 1:31).

It was so beautiful and amazing that angels sang and the “sons of God” shouted for joy (see Job 38:7). It was so good that its perfection, its complexity, its nurturing design, and the peaceful harmony of every living thing on it together formed a partial reflection of the character of God.

Today the world is a very different place. By mere observation we know there is no harmony among the living things on it, but only selfishness, fear, and conflict. We are reliably informed that there is also no elegant perfection; the natural systems that God created to sustain life on earth—our oceanic, atmospheric, freshwater, climate, and soil systems—are all reported in scientific study after study to be in steep and accelerating decay.

In place of the relatively stable and predictable climate the earth had as little as 50 years ago, we today have a far more chaotic and hostile climate. So hostile and chaotic that a number of individual scientists have recently proclaimed, essentially, “the end of normal,” saying that we have entered a new era of remarkable instability and profound impacts on human society.1 Looking ahead, some normally staid scientists say they “can’t sleep at night” for fear of what is coming on the world (Luke 21:26) and cite the underlying trends behind current tremendous increases in storms, fires, droughts, hunger, disease, and conflict.2

So what’s going on here? If scientists are anywhere near correct in their measurements and projections, then it can be fairly said that the world, which reflected the character of God at Creation, is increasingly reflecting the character of Satan as time winds down. And if something that big is actually happening, wouldn’t we find it predicted in both Scripture and the Spirit of Prophecy? Or is, as some assert, the data fraudulent, the result of a global scheme to manipulate data?

To answer these important questions, let’s go to Scripture and look at the framework that dominates and defines all earthly events: the war between Christ and Satan. Sin is at the heart of this crisis called the great controversy, first in Satan’s rebellion in heaven, then transplanted to earth when humans disobeyed their loving Creator.

Romans 5:12 and 6:23 tell us that the consequence of sin is death. Another effect of the entrance of sin is that humanity’s dominion of earth was usurped by Satan, and that Satan is the “god” of this world (2 Cor. 4:4). Finally, we see in Romans 8:21, 22 that the consequence of sin is not limited to humanity; in fact, “all of creation” suffers from sin. Many texts in the Old Testament support this view (cf. Isa. 24:20; 51:6; Jer. 12:4; and Hosea 4:1-3). Thus we find that not only does sin have an effect on nature, but we can reasonably conclude that the effect of sin on the earth is cumulative.

Death is the ultimate curse and consequence of sin that affects our entire planet. Even when we recite Christianity’s most quoted text, John 3:16, we tend to hear “people” instead of “world.” God loved His entire creation, and with His Son put in place a plan to restore not part of it, but all of it.

It’s clear that earth itself has felt the impact of sin. Let’s follow that thread a little further. We know from Scripture that humanity will grow more sinful as time winds down (Matt. 24:37), and we can see the fulfillment of prophecy in humanity’s increasing love of sin. But can we see a parallel increasing impact of sin on the earth? And, of critical importance, does it have prophetic implications?

The answer is a “yes” and an “emphatically yes.” Further, the implications of the decay of the earth itself are of particular interest to Adventists because some of this decay will be blamed on Sabbathkeepers and will likely trigger demands for a single day of worship. So perhaps the real question is, can we see these religious restrictions on the horizon?

Toward the Finishing Line

Jesus’ discourse in Matthew 24 and 25 begins with a straightforward question by the disciples. “What will be the sign of your coming and of the end of the age?” (Matt. 24:3).

Jesus’ answer paints a picture of an earth where sin is rampant and human love has grown cold (verse 12). His response is also recorded in Mark 13 and Luke 21, and the fullest sense of His response can be gained by reading all three chapters. In addition to sin-filled humanity, Christ also describes a more general state of crisis on earth, where conflict, famine, disease, and significant disruptions in the natural world are everywhere. His description can increasingly be applied to our world today.

Today security experts understand that shortages of fundamental resources such as food or water or fuel rapidly lead to conflict between states and between people groups (cf. Matt. 24:7). We also understand that food and water shortages rapidly lead to an explosion of disease. People who study these things increasingly appreciate that the disruptions we see right now in the earth’s natural systems are leading to truly significant disruptions in human society, including massive increases in droughts, floods, and disasters of all kinds. In fact, we have seen an almost tripling of natural disasters since 1980, a rapid increase that continues to accelerate.3

It seems that what Jesus said would come has started to arrive. Scripture’s testimony seems to be straightforward. But what about Ellen White?

A crucial passage in Testimonies for the Church offers more insights. “The restraining Spirit of God is even now being withdrawn from the world. Hurricanes, storms, tempests, fire and flood, disasters by sea and land, follow each other in quick succession. Science seeks to explain all these. The signs thickening around us, telling of the near approach of the Son of God, are attributed to any other than the true cause. Men cannot discern the sentinel angels restraining the four winds that they shall not blow until the servants of God are sealed; but when God shall bid His angels loose the winds, there will be such a scene of strife as no pen can picture.”4

In the accelerating increase of natural disasters it seems we are seeing the literal and direct fulfillment of “the signs thickening around us.” We are also seeing quite a bit of “science seeks to explain all these.” That’s worth repeating: we seem to be seeing, right now, what Ellen White described would be happening just before Christ’s return. The fact that the whole world is increasingly paying attention to unprecedented disruptions in our environment presents an ideal opportunity to present cause and effect within the great controversy context and the plan of salvation. Many will listen to such a message that would not listen otherwise.

Ellen White referenced disasters and extreme disruptions in the natural world in many places in her writings.

A crucial Ellen White statement, found in the June 28, 1904, issue of The Southern Watchman, identifies disasters and disruptions in the natural world as the trigger for a societal and legislative demand for preserving the sacredness of Sunday: “Men in responsible positions will not only ignore and despise the Sabbath themselves, but from the sacred desk will urge upon the people the observance of the first day of the week, pleading traditions and custom in behalf of this man-made institution. They will point to calamities on land and sea—to the storms of wind, the floods, the earthquakes, the destruction by fire—as judgments indicating God’s displeasure because Sunday is not sacredly observed. These calamities will increase more and more, one disaster will follow close upon the heels of another; and those who make void the law of God will point to the few who are keeping the Sabbath of the fourth commandment as the ones who are bringing wrath upon the world.”

The chain is striking: rebellion against God leads to death in both humanity and nature. People and nature increasingly reflect Satan’s character. This results in storms, earthquakes, and disasters. The exponential increase in these very disasters leads to a call for Sunday observance, and blame for the continuance of these disasters is placed on Sabbathkeepers. Of this whole chain, all that is lacking is a mechanism that links the health of the environment with Sunday observance. Except that we may not lack this connection; it seems to be quietly inching into place.5

Scientists who can’t sleep at night for fear of what is coming on the world are right: we have come to the end of “normal.” We are living in a time when we can see prophecy being fulfilled. So here is the critical question: Is our sense of urgency and our willingness to loudly and fearlessly proclaim Christ’s soon coming matched with the moment of history in which we find ourselves? If “normal” was being sleepy servants of God, then by all means, let’s have an end to normal.