The Culture of Immortality 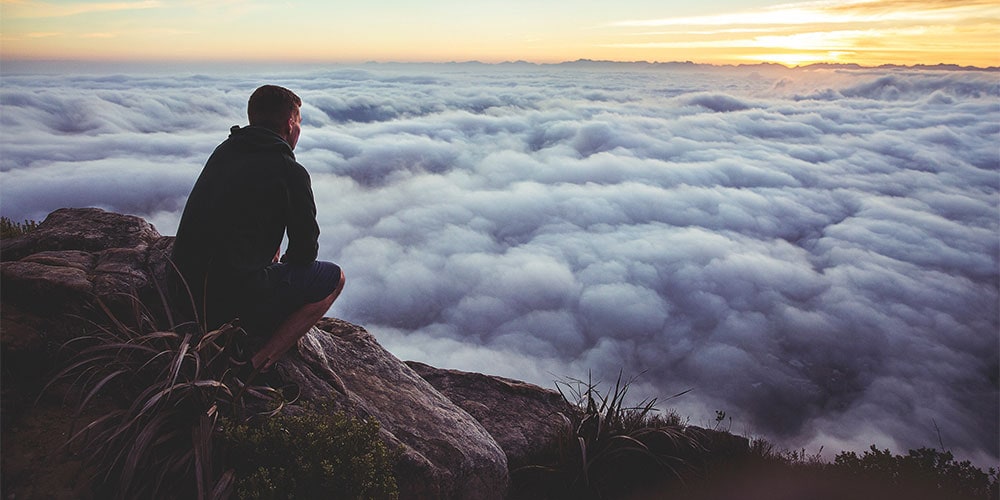 Sin possesses a singular, defining trait: the fatal effect of tainting its host with total dependence upon, and complete interest in, self. Once infected, hosts suffer from the illusion that they are in control. This illusion of control extends to the gifts provided by God and the environment in which we exist. In more untempered forms it even leads to the desire to control others.

When this mystery of iniquity was first manifested in a perfectly created being, the Bible says of him, “Your heart became proud on account of your beauty, and you corrupted your wisdom because of your splendor” (Eze. 28:17). The pathology of the disease became fully evident in Lucifer as he began to view God’s gifts as his intrinsic possessions, to covet God’s kingdom and power (Isa. 14:13, 14), and as he manipulated one third of the angels into joining his quest (Rev. 12:4).

The Sin of Self-sufficiency

The same pattern becomes evident in the fall of Adam and Eve. In Genesis 2 we witness a perfect creation. Ellen White describes it: “As man came forth from the hand of his Creator, he was of lofty stature and perfect symmetry.”1 Even in character, Adam bore the image of God with a mind capable of understanding divine things.

Yet in Genesis 3 humanity succumbs to the serpent’s insinuations that God has withheld something from it. It begins to believe in its intrinsic immortality. With this new perception humanity’s first act is to seize upon the illusion of control. Whereas heretofore God has provided every need, including life and godliness (2 Peter 1:3), now humanity attempts to supply its own need in the form of fig leaves and a belief that it will not surely die.

Today 84 percent of people in the world engage in religion, almost all of whom have some belief in an afterlife.2 So most of the world believes, with varying nuances, in what the Western world refers to as the immortality of the soul. Studies have shown that Millennials may be the least religious generation in North American history. Yet with more Americans denying the existence of God than ever before, an increasing percentage of them believe in an afterlife.3

In the era of the much-discussed “culture of me,” why does the Western world seem to believe in its own essential immortality? One baffled researcher hypothesized that it may be a sense of entitlement, or that perhaps people just want something for nothing.4 I believe it is because sin has created a culture of suspicion, possession, self-elevation, and control in the self-serving pursuit of presumed happiness. Lucifer and Adam displayed these same traits and, unfortunately, they continue to this day.

In this culture relationships fade and materialism comes to the fore. With fixed mind-sets, we focus on possessing things—beauty, wealth, fame, knowledge, power, even immortality—with the belief that these define
what we are; and we eschew the relationships that define the very essence of who we are.

The Quest for Meaning

Emily Esfahani Smith recorded a TED Talk in April 2017 entitled “There’s More to Life Than Being Happy,” in which she states that in a culture obsessed with the fleeting emotion of happiness a more fulfilling path can be found only in a life lived with meaning. As she grappled with her own lack of meaning, her turning point led her to conduct countless hours of research and engage in thousands of interviews. Her conclusions define meaning by four pillars: belonging, purpose, transcendence, and storytelling. In short, these pillars may be summarized as individuals’ identity based on their feelings of acceptance and belonging to a group, their service to others, their acknowledgment of a world that is larger than themselves; and their ability to craft a positive or redemptive metanarrative for their life.

As I listened, I became convinced that whether Emily Smith knows it or not, she has restated biblical lessons regarding God’s culture of immortality. We all feel that there must be more, because God has “set eternity in the human heart” (Eccl. 3:11). Yet apart from God eternity would become hell, a never-ending attempt to find happiness in self-definition and control. In His mercy, eternal life exists only through connection to Him, as He alone has life in Himself (John 5:26). In His wisdom Jesus has provided solutions to our longing.

What do you see in Genesis 2 and 3? I see intimacy. The King of the universe stoops in the dust to form man with His own hands. He bends low to breathe life into him. To God, words alone would not suffice in the creation of humanity. No, He chose to get His hands dirty. When Adam first opens His eyes, He sees the face of God. The first words He hears are the words of God. He is surrounded by the perfect creations of God. The love of God envelops his first feelings. What’s more, as Adam sleeps, Eve’s experience parallels his own.

In these scenes we find meaning. God has anticipated and met our core needs. We find our identity as children of God, made in His likeness. He reveals our purpose as stewards of the earth with a duty to serve His creation. As we grow in discovery of Him and His creation, He inspires epiphanies, large and small, moments in which our stories disappear in His. In the midst of our failures, God reminds us of His awe-inspiring redemptive love, and confirms His ability to recreate us in His image.

In all this a self-evident culture comes into view: love, respect, trust, other-centeredness, dependence, patience, long-suffering, mercy, grace, growth. Rather than a trait to be grasped, conditional immortality is simply a support extended by God; a requirement for us to claim our birthright as His sons and daughters (James 1:17; Rom. 6:23). What is that birthright?

According to Ellen White, our birthright is an eternal relationship with God in which “every faculty will be developed, every capacity increased. . . . There the grandest enterprises may be carried forward, the loftiest aspirations reached, the highest ambitions realized; and still there will arise new heights to surmount, new wonders to admire, new truths to comprehend, fresh objects to call forth the powers of mind and soul and body. . . . As knowledge is progressive, so will love, reverence, and happiness increase. The more [men and women] learn of God, the greater will be their admiration of His character.”5

Bound by love, this relationship sets the conditions for, and defines the culture of immortality.

Greg Milton is a director of project management for Piedmont Healthcare in Atlanta, Georgia. He and his wife, Luiza, attend the Atlanta North Seventh-day Adventist Church.

Human attitudes about death run the gauntlet: some fear, and will not speak of it lest their words blight themselves or someone else. At the other extreme there are cultures that thrive on open mockery of it. A follower of Christ, who died and rose again and holds death’s keys, can look beyond death and mortality to life unending with our resurrected Lord in a brand-new earth that will know neither grief nor loss: no more death. We offer some indicators about how people who live in North America see death and the afterlife. —Editors

Adults in the United States who would stop medical treatment if there was no hope for improvement.2

Americans who would tell their doctors to do anything possible to keep them alive, even if there was no hope of recovering their health.3

Adults in the United States who believe they have a moral right to take their own lives if they are in a great deal of pain and there is no hope of improvement.4

72 percent
believe in a heaven
“where people who
have led good lives are eternally rewarded.”

58 percent
believe in a hell “where people who have led
bad lives and die
without being sorry are eternally punished.”

Cliff's Edge
His Wounded Hands
How well will we fare when, with “terrible exactness,” every “secret thing” comes under scrutiny before God?
Magazine Article
Bridging the Gap
Bridges sometimes appear in unexpected forms.