The Bread of Life

In some places bread is the meal, and even the plate. 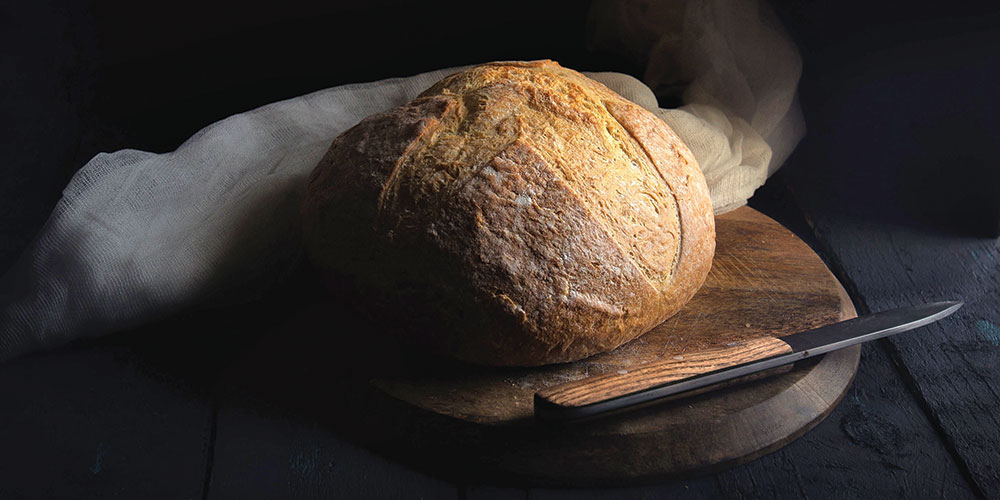 Do you enjoy bread? Since I was a child I have enjoyed eating bread—artisanal, sourdough, French baguettes, and croissants.

I recently took a DNA test. The results surprised me. I’m 25 percent French. I immediately shared the results with my family. The first thing they said was “No wonder you like bread so much!”

All (or Much) About Bread

The Hebrew word usually translated “bread” actually stands for much more than just bread: it’s the standard term for food—meat, shewbread, loaves, provision, feast. Bread served interesting purposes in the Bible, such as welcoming or inviting someone for fellowship. When Abraham persuaded three men to come into his tent for a visit, he offered them bread as the proper way to welcome them into his home (Gen. 18:1-5).

I experienced my own welcome with bread one day as I returned home from running errands. As I opened my door I noticed a sweet aroma: my wife was baking banana bread. The smell welcomed me.

As an important extension of welcoming, in the Bible bread is directly associated with making peace. David and his soldiers voluntarily protected the servants and flocks of a man named Nabal (whose name means “foolish”) while they were in the wilderness. David later sent a delegation to Nabal as he was enjoying a party at sheepshearing time.

David and his men looked forward to sharing the celebration with Nabal, who everyone knew was very rich (1 Sam. 25:2). His herders had become personal acquaintances of David’s companions, perhaps even friends. They knew that David had done them the favor of protecting them and their flocks from wild men and animals. They saw nothing wrong in sharing food with their new acquaintances, who, they said, “were a wall around us the whole time we were herding [verse 15],” and never charged a penny for it. But Nabal had absolutely no interest in sharing anything with David or his friends. He rejected the messengers with insults, and continued his partying, drinking himself completely drunk (verse 36).

Nabal’s response disturbed his servants deeply. They express their distress to Nabal’s wife, Abigail. Abigail had a fix for it:  “two hundred loaves of bread, two skins of wine, five dressed sheep, five seahs of roasted grain, a hundred cakes of raisins and two hundred cakes of pressed figs” (verse 18) loaded onto donkeys, driven down the mountain, and she herself backing up the whole peace party (verses 19, 20).

Her fix worked. David said if it had not been for her, “not one male belonging to Nabal would have been left alive by daybreak” (verse 34). Bread saved the day, as it did so many other times: with Elijah at the brook Cherith (1 Kings 17:6); again in Zarephath (verses 8-16). And who can forget Jesus’ momentous miracle with five barley loaves and two small fish (John 6:9).

The bread of the ancient Near East was made of barley or wheat. Barley was more common with poor families, and wheat for those who were wealthy. Preparing and making bread took most of the day. Toward the end of the day a father would come from the field, children from their chores, and mother would have bread ready for supper. It was a time of coming together around God’s provision for them all.

In Palestine, bread was the plate as well as the main serving: on the bread people put vegetables and lentils. There was also a little pot for dipping the bread in vinegar with salt or olive oil; a piece of the bread’s crust served as a spoon; at the meal’s end the soft dough of the bread might wipe the remnants of lentils off your mouth. Bread was your plate, your meal, and your napkin.

We can see now what Jesus meant when He said, “I am the bread of life” (John 6:35). We can understand what it really meant for those who heard Him. Bread was everything. Jesus was telling them, and us today, that He is our everything: our daily sustenance and our everlasting salvation.

Has your work or career been your main dish? Has it been your family or other relationships? your finances? I recommend Jesus: let’s have Him as our everything: our plate, our meal, our napkin. Let’s eat and never die (verse 50).