If you’re middle class in North America, you’re richer than most of the world’s population. 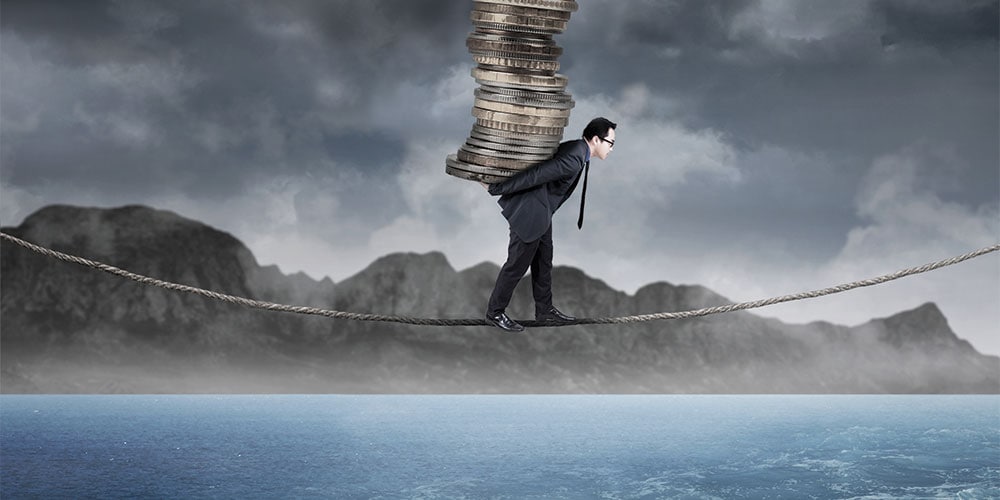 I’m a member of the 1 Percent Club, the richest 1 percent of adults on earth. Like most members, I joined the club without even realizing it. I’m also a Christian, a person who loves God and tries to live the way that Jesus did when He was on earth. But being financially blessed makes that difficult.

Wealth: A Blessing or Curse?

Sometimes when I’m watching the news, I wonder whether the world’s wealthy people adequately care about social justice. I don’t believe there’s any automatic virtue in being poor, but I do know from experience and Scripture that financially comfortable people are often spiritually handicapped, and that this usually impacts their attitudes toward social issues directly.

The spiritual challenges of wealth and abundance are not new. Jesus made this perfectly clear when He said, “It is easier for a camel to go through the eye of a needle than for someone who is rich to enter the kingdom of God” (Mark 10:25). Echoing Jesus, Mahatma Gandhi also believed that “the moment financial stability is assured, spiritual bankruptcy is also assured.”1

At the close of the nineteenth century Ellen White wrote, “In the history of men we learn how dangerous is prosperity. . . . Prayers are often requested for men and women in affliction, and this is as it should be; but the most earnest prayers should be solicited for those who are placed in a prosperous position. These men are in the greatest danger of losing the soul.”2

In 1893 White penned these solemn words: “Not one in twenty whose names are registered upon the church books are prepared to close their earthly history.”3 That’s a sobering fact on its own, but if we read the very next sentence we see that the main reason for this grim statistic was that church members were professedly serving God but were more earnestly serving money. Ouch!

A variety of high-profile public projects have placed a spotlight on the growing injustices of the “rich/poor divide.” The recent leaking of the Panama Papers further highlighted the lengths that some of the world’s most powerful people will go to in order to dishonestly hide and protect their wealth. We live in an increasingly self-centered world, a world that teaches us to “use people and love things,” which is in direct contradiction to the Bible’s command to “use things and love people.”

It should be no surprise to Christians that greed is rampant in these final years of earth’s history. James wrote, “Your gold and silver are corroded. . . . You have horded wealth in the last days” (James 5:3). It’s worth noting that James was not speaking directly against gold or silver, but against it being heaped up by individuals and families, especially in the last days. Converted Christians who truly believe that Jesus is returning soon will use their wealth to share the good news, not willing that any should perish (see 2 Peter 3:9).

Money is like manure: if you heap it up in one place, it stinks, but if you spread it around, it does a lot of good.4 This is where the ethics of Jesus shines through. In the kingdom of God—whether on this earth now or in heaven to come—there is no place for hoarding and massive rich/poor divides. While the egalitarian model described in Acts 4:32-37 would be a challenge to implement today, it is certainly a system from which we can learn much about God’s character and how we are to live as a worldwide community in Christ.

So what does it mean to be rich in 2016? If a person’s net worth (the total value of their assets minus their debts) is in the top 10 percent on earth, are they rich? After all, they’re financially wealthier than nine out of 10 adults on the planet. And in a socially just society, wouldn’t it be fair to say that anyone in the wealthiest 50 percent of the population has a moral responsibility to share with those in the poorest 50 percent?

According to the United Nations report
World Distribution of Household Wealth and Credit Suisse’s Global Wealth Report, if you have a net worth (the value of all your assets minus your debts) of US$3,000, you’re wealthier than half of the world’s adults. You’re richer than 50 percent of earth’s adult population.

If an adult has a net worth of US$86,000, they are in the top 10 percent, wealthier than 90 percent of adults on earth. United Nations researchers also discovered that a net worth of US$713,000 gives you membership in the prestigious 1 Percent Club.5

Ever since I first read these reports, the Bible texts about the rich have convicted me personally. Being a materially blessed Christian is a great privilege, but also a huge responsibility.

I now understand that when people prosper, either God gains partners or the people lose their souls. It’s that simple.

I no longer need to ask myself, “Am I rich?” The real question is: “Am I a Christian?”

Julian Archer is the author of Help! I’ve Been Blessed! and director of www.Faith-vs-Finance.org. He writes from Queensland, Australia.

We often hear about many in the world living on $2 per day, but what does that mean? Rather than the often-used “How far can $1 go?” we decided to see roughly how US$100 relates to living expenses around the world.