How many people in your life feel marginalized? Don’t know, do you? 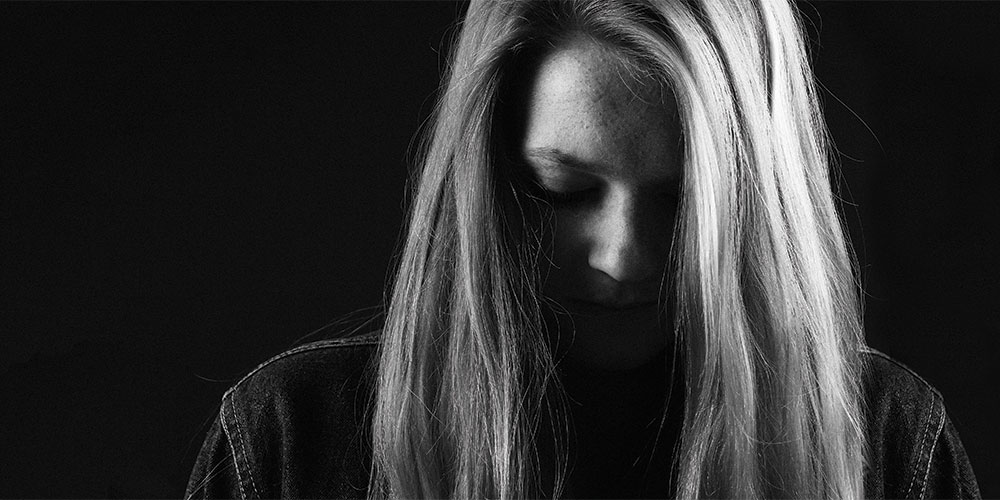 I fill my lungs with the still, warm air, trying to quiet my trembling hands. Three girls laugh blithely, enjoying their conversation and completely oblivious to me. I gather my courage and tentatively walk toward them. As I step out of the shadows, I have to squint to keep bright lights from blinding me. Coming up behind the three, snippets of their conversation drift to my ears, mingling with the song broadcast on the electronic sound system, song that perfectly mirrors my actions.

“Alone in this fight with herself and the fears whispering if she stands she’ll fall down . . .”

Summoning all my strength, I pick up the conversation as if I were invited to speak. This elicits no response. The two girls I am nearest to simply turn their backs as if I hadn’t spoken. They purposefully shut me out, and all four of us know it. A hush falls over the room; the only sound is the music.

I try again, slightly more assertively. I come around so they have to notice me. I join the conversation. My heart beats wildly as the girl nearest me reaches out, takes hold of my thin shoulder, and shoves me to the ground. The wooden floor digs into my sweaty palms and the hard surface jars my hip unforgivingly. Mouth dry, adrenaline coursing through my veins, I gently pick myself off the ground. The three girls have turned away, completely reabsorbed in their chatter. Stumbling slightly, pain still clinging to my body and heart, I dart to a safe place where I know I’ll be alone. The song continues as I begin to slowly unzip my backpack.

A name jumped out at me. “Abigail Beaven: Left-out Girl.”

“The only way out is through everything she’s running from, wants to give up and lie down . . .”

Hands now shaking uncontrollably, breath ragged, eyes blurred from the near-blinding lights, I reach into my backpack and grasp the familiar metal weight. Thoughts crash in my head, a raging storm of emotion and confusion. I try to decide if I’m doing the right thing. I reveal my only way out: a small pistol.

Not long ago at Nosoca Pines Ranch, where I was working for the summer, I had auditioned to play Martha in the Friday night Passion play. With an inherent interest in acting, I was thrilled that I’d have a chance to participate in this production. Roxanne, who was judging the auditions, was clearly impressed by my performance, and I eagerly awaited the role sheet to come out, knowing I’d get my desired part. When the sheet was finally posted, however, someone else’s name was listed as Martha.

What? Bewildered, I began to scan the sheet for my name. Roxanne told me I did really well; and it’s not like a lot of people are jumping at the role. I had put a lot of thought into choosing it. I wanted a role with quite a few lines, a relatively important role that I could have fun with. I felt as if I could put more passion and emotion into Martha, with her outspoken fears and insecurities, than I could with Mary and her sweet, demure presence. I thought I had picked the perfect way to engage in the play, but I must not have been good enough.

I glanced through the list of all the major characters, and my name was nowhere. However, on the side, under the small section for characters in the pantomimes, a name jumped out at me. “Abigail Beaven: Left-out Girl.”

At first, I was confused and a little upset. My haughty heart clenched at this supposed affront as I surveyed the paper one last time to make sure my blue eyes hadn’t tricked me.

I wasn’t even going to have lines, and irony of ironies, I was going to play a left-out girl!

At least I have a lot of experience in this role, I thought bitterly. However, at the first rehearsal, all those who were involved in the pantomime were given a separate extra practice. To the words of the song “Stand in the Rain,”* we were to demonstrate various evils and hurts of the world, in stark contrast to the wonders and light of Eden. As the play progressed, we would appear recurrently, becoming dirtier. In the Garden of Gethsemane we would leave our dirt on a praying, weeping Jesus.

In the final scene of the play Jesus, coming back to earth, was to give us new, white robes and forgive us. No words would be spoken by any of us throughout all this. We had only raw action and emotion on our side, without the cumbersome half-truths so common to the spoken language.

I quickly realized that I had in my hands a much more potent role than I had been hoping for. This was relatable. Instead of merely being a character to advance the story, kids could project themselves onto me, or one of the other modern-day characters, and follow our stories, painful as they were. They’d see how finally, finally Jesus did come back and forgive us, even though we had made terrible mistakes or had been treated horribly. This was how I could impact a child’s life.

We performed that play three times. I was sure that at some point the role would become routine, but I never had to fake the emotion. Drawing on past experiences—my own pain—I was able to breathe life into this character. It was almost as if I were acting out my own redemption story. When Kevin, the staff member portraying Jesus, gave me a white robe and hugged me after all my suffering, my smile was real, just as my tears had been. It was such a stark reminder of the simple truth I often easily forget.

My real blessing—or pain, for that matter—didn’t come from the actual play or role itself. What genuinely shocked and saddened me was the number of kids who found me afterward to talk to me.

“I really liked your performance. I know just how you felt.”

“Those girls were so mean. That’s what happens to me at school.”

The ones who spoke least communicated the most. The silent hug and few tears told me more than mere words could have. They were alike, however, in their surprise to see me acting out their own lives, because it meant that someone, somewhere, had understood. They felt like it was them against the world, and that no one could hope to understand. I knew this feeling well. When I struggled and grappled with self and the world, I knew I was all alone.

My eyes were suddenly opened to an unknown epidemic.

So did many campers who tentatively, with caution and stage-lit wonder dancing in their eyes, opened their hearts and told me their stories.

My eyes were suddenly opened to an unknown epidemic. The reason it is unknown, and perhaps the greatest and most tragic irony, is that every one of us believes we are alone in the fight against ourselves and our fears. I know this is true because I experienced it; and every child who came to me told me it was so.

The epidemic is this: we adults like to believe children are innocent and naive, incapable of grasping life’s complexities. But this is erroneous. They can see that we live in this broken and chaotic world, where circumstances are beyond our control. They know what pain is. The mere fact that these children, who come to Adventist camp to have a great time and learn about Jesus, could relate to this suicidal wretch should be a huge wake-up call.

This world is broken. These children, 12 to 16 years old, think they are by themselves against the world. Most, if not all, of the ones who talked to me at least know about a God who loves them and wants to be their Best Friend. But how many have never heard of His love and are truly alone?

There is no simple cure to this epidemic. We don’t live in a world of black and white boundaries, only foggy grays and blurred lines without obvious solutions. I don’t know the right answer. I do hope, however, that simply by being
there for the children in our churches and communities, by letting them know they are needed and wanted, by showing them that they are so much more than their circumstances or mistakes, we can give light and hope to this dark world.

The testimonies and stories of these children I met at Nosoca Pines Ranch weigh on my heart. I have become privy to an unknown epidemic. Our patience, listening ears, refraining from judgment or condemnation, will do more good than we know. We are responsible for the next generation, which is responsible for the one after that. Show them they are not alone in this fight with themselves, and the fears that whisper if they stand they’ll fall. Give them the support they desperately need to stand.

Then watch them fly.

Abigail Beaven is a premed student at Union College in Lincoln, Nebraska.

Closer Look
The Gift
What the Sabbath means to me.
Magazine Article
A Forward-Looking People
A part of remembering is to recall “His teaching in our past history.”