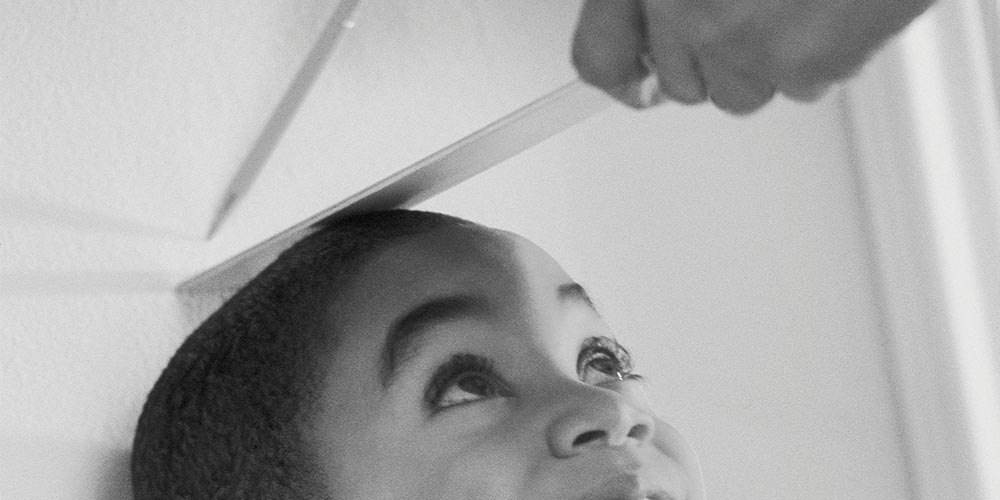 Not everyone is comfortable with the experience of change. In a well-known quote from Fyodor Dostoevsky’s Crime and Punishment, Raskolnikov ponders about and highlights the major fear of human beings: “Taking a new step, uttering a new word is what they fear most.”1

To be sure, the context involves a complicated moral dilemma regarding cowardice or taking action. But the statement can be taken to nicely express many people’s hesitation and resistance concerning new things in a general, including the complexity of change in the spiritual realm.

Change at the Very Beginning

The beginnings of Christianity in the first century, and of Adventism in the nineteenth, provide remarkable and positive examples of the complexity of change in the spiritual realm. In these examples believers had to take new steps on the basis of transformations taking place in their understanding. These transformations were not quick and automatic. Rather, they resulted from a complex but ultimately positive process.

Jesus’ teachings regarding the crucial role of suffering in the identity and work of the Messiah were met with hesitation and resistance (Mark 8:31-34; 9:30-35; 10:32-45). Because of their resistance, the events of the Crucifixion produced profound disappointment (Luke 24:17, 21). The disciples had expected powerful action, not agony and death (verses 19, 20). Remarkably, then, the beginnings of the early church after the resurrection of Christ were preceded by a major disappointment of his disciples concerning his death.

The pattern of development in their spiritual understanding, as seen in the Gospels, continues in the book of Acts with the apostles’ experience of increasing maturity. Acts seems to suggest that a wrong expectation regarding Israel (see Acts 1:7) was a major barrier for the preaching of the gospel to the Gentiles.

In Acts 10 the Spirit takes the initiative to lead Peter to interact with Cornelius and other Gentiles in his house (see Acts 10:17, 19, 20, 22-24). The Spirit’s guidance was absolutely essential for Peter to take this new step of interaction with Gentiles (see Acts 10:28, 29, 34-35, 45-47). And just as he was not naturally inclined to evangelize Gentiles, many Christians in Jerusalem were strongly uncomfortable with the idea of evangelized, uncircumcised Christians.

This led to the Jerusalem Council debate (Acts 15), in which Peter testified that his interaction with Gentiles was part of the work of the Spirit (verse 28) in guiding the church to take the step of recognizing uncircumcised converts as genuine Christians. Paul’s letters reveal that the practice of this recognition in many places was not quick and automatic. Rather, Paul’s ministry and teaching had to guide the church progressively in this direction.

Changes at the Beginning: Progressive Understanding

Fortunately, not every change at the beginning of the early church is marked by human resistance. Jesus’ rebukes against the misconceptions of the disciples about the Messiah are not unusual (Mark 4:40, 41; 8:33; 10:38-40; Luke 24:25, 26). They show how much more open the disciples’ minds should have been to receiving a clearer picture of the identity of the Messiah and His work.

Progressively they came to understand that 1844 was not about the end of grace to other people but the transition to another phase of Christ’s priestly ministry in the heavenly sanctuary.

But Jesus never intended to teach His disciples everything during His earthly ministry. There was much for the Spirit to teach them after His ascension (John 16:11-14). Not that Jesus simply gave up on their learning more. In His prayer to the Father Jesus emphasizes that the disciples positively received His word (John 17:8). Thus His reason for not teaching everything during His earthly ministry relates more to basic characteristics of human understanding and experience. As Jesus put it: “I still have many things to say to you, but you cannot bear them now” (John 16:12).
2

The complexity of change includes not only the possibility of resistance, but also the reality of progressive understanding in human experience. In this sense we can appreciate the fact that God gradually reveals more information that unpacks and clarifies previous revelation. This aspect highlights His sensitivity to, and patience with, the nature of our gradual understanding. In John 14-16 the promise of the Holy Spirit does not emphasize the giving of completely new revelation. Rather, “the Holy Spirit’s ministry involves elucidating the truth, bringing belief and persuasion and conviction.”
3

Changes in the Adventist Movement

Our discussion about the beginnings of the early church provides a helpful biblical framework for appreciation of God’s gracious work in the Adventist movement, where we also observe change in terms of new ways of thinking and new steps taken under the guidance of God. George Knight provides useful categories for the understanding of change in Adventist history, identified as change in terms of (1) “clarification”; (2) “progressive development”; and (3) “contradiction or reversal.”
4 Many situations involve a combination of two or all three of these aspects, beginning with the Great Disappointment of 1844.

Why should a movement celebrate a disappointment as its major starting point? To begin with, there is no denying a similar situation in the beginnings of the Christian church. Christ’s death deeply disappointed the disciples. Fortunately, they were able to go through change in terms of contradiction/reversal in their understanding. They learned that far from disqualifying Jesus as the Messiah, suffering was the crucial demonstration of His Messiahship.

The cross then became, not a disappointment, but the fulfillment of a decisive aspect of the work of Christ. The foundation for this new understanding, however, is the progressive developmental experience by which they could gradually make sense of this conception on the basis of Scripture. This allowed the disciples to harmoniously connect the new concept of suffering with other aspects about the Messiah that they already understood correctly.

Likewise, the Great Disappointment of 1844 led to an experience of change both in terms of contradiction/reversal and progressive development. As a reversal, 1844 is not about the second coming of Christ, but about a new phase in His heavenly ministry.

At the same time, the stability of the date (1844) meant that the studies that led to that date were not a disappointing waste. Rather, they correctly point to a fulfillment of prophecy on the work of Christ. The new understanding of Christ’s heavenly work then needed to be harmoniously connected, on the basis of Scripture, with other aspects already understood correctly. In this sense there was change by progressive development.

If the disappointment of 1844 can be compared with the disappointed reaction of the disciples to the death of Christ, the belief in the shut door after 1844 can be paralleled with the resistance of the first Christians to preaching to the Gentiles. Peter’s experience (Acts 10) was change by contradiction/reversal. He came to understand that Gentile evangelization was not a threat to God’s plans for Israel, but the true fulfillment of His plans.

The first Christians needed to substantiate this understanding on the basis of Scripture, a task that characterizes in large measure the theology of the apostle Paul. This allowed the first Christians to integrate this notion of the Gentiles with other aspects about the people of God (Israel) that they already understood correctly. This articulation amounted to change by progressive development.

Similarly, the change about belief in the shut door after 1844 involved change both by contradiction/reversal and through progressive development. “All Adventists (including Ellen White) who held that a fulfillment of prophecy had taken place on October 22 also believed that human probation had closed. Only gradually could they disentangle error from truth in this aspect of their theology.”
5 Progressively they came to understand that 1844 was not about the end of grace to other people but the transition to another phase of Christ’s priestly ministry in the heavenly sanctuary. This understanding fostered an interest in mission and evangelism in the Adventist movement.

These developments highlight God’s patient grace as He gradually unfolds further dimensions of truth and enlightens the mind of His people. Ellen White points out that in His earthly ministry, “Christ’s lessons were not a new revelation, but old truths which He Himself had originated and given to the chosen of God, and which He came to earth to rescue from the error under which they had been buried. . . . But His instruction to the Jewish people was a new revelation to them.”
6

She then moves from the first century to new understandings in Adventism: “For a few years in the past, and especially since the Minneapolis meeting, truths have been made known that have been of great value to the world and to the people of God.”
7 She urges that the pursuit of a better understanding never stops, as “there are still treasures to be searched for. Let the shaft which has begun to work the mine of truth sink deep, and it will yield rich and precious treasures.”8

While Ellen White warned that “we should be careful how we receive everything termed new light,”
9 she also argued that “the truths of redemption are capable of constant development and expansion. Though old, they are ever new, constantly revealing to the seeker for truth a greater glory and a mightier power.”10

In fact, a growing understanding of the truth is not merely an intellectual enterprise, but a spiritual experience: “Whenever the people of God are growing in grace, they will be constantly obtaining a clearer understanding of His Word. They will discern new light and beauty in its sacred truths.”
11

On the other hand, “as real spiritual life declines, it has ever been the tendency to cease to advance in the knowledge of the truth.”
12 Therefore, the experience of change caused by a growing understanding of God’s truth in Scripture is not limited to the life of the early church and of Adventism’s beginnings. Every believer is always in need of the new insights into God’s truth that foster new growth in grace. Self-satisfaction with our current ways of thinking ultimately leads to resistance to unfolding truth. Instead, we may ever praise our gracious God for the light of His glory that floods us with light (Ps. 36:9). It is a progressive revelation of light: for “the path of the just is as the shining light, that shineth more and more unto the perfect day” (Prov. 4:18, KJV).