Somewhere in the Alabama Woods

An impromptu detour led to an opportunity to share. 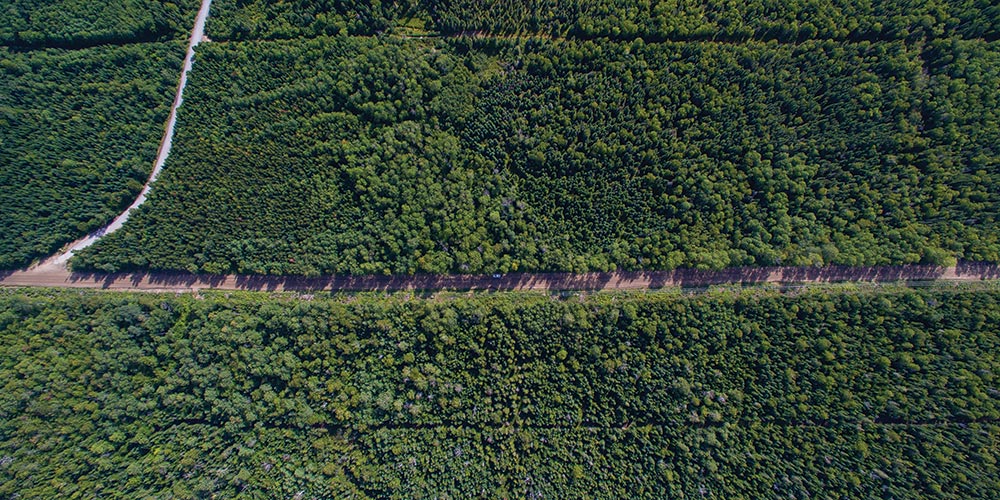 Lord, it can’t be!” I exclaimed half aloud. “The needle on the gas gauge is sitting on empty, where it was the last time I had to fill the tank. But this time is so soon! I promised then that I’d be more careful.”

It was embarrassing! It was dangerous! “I’m out here with pine trees on the right and pines trees on the left.” One more traveler complaining to the Lord. “Please, if You can get me to a gas station on an empty tank, I promise to never let this happen again.”

Did my heavenly Father smile as He heard another one of His children making bargains with Him?

Off the Beaten Track

After a mile or so, I saw a small town with several highway exits and not a car in sight on the beautiful divided highway. But I somehow missed every exit. I pulled off the road and studied my map. There were no more exits for 10 miles, and nowhere to turn around. I drove on. After 10 agonizing miles, a lone exit sign welcomed me. My 6-year-old Dodge Dart cruised up the off ramp, and I saw a tower advertising a Union 76 station with a convenience store. That was all. Not a city or even a town in sight.

While filling the tank, I took in the surroundings. A narrow unpaved road wound down a hill through a pine forest. How I like to follow little country roads!

I think I’ll drive three miles to see what I can see, I decided. No one on the planet has any idea where I am; but that’s OK.

Even though the needle on the gas gauge registered empty, it took only 9.2 gallons to fill the tank. I could have easily driven another 90 miles.

After paying for my fuel, I turned onto the dusty road. Little curls of smoke rising here and there among the trees identified the location of scattered, small, humble dwellings. Ragged garments flapping in the breeze on leaning clotheslines told stories of endless struggles with poverty.

Having driven two miles, I thought I should turn around. Just then a rusty gray car pulled up on the opposite side of a wide spot by the road and stopped. Two young men got out.

I continued driving. In my rearview mirror I saw the men walk on the other side of the road toward the gas station. Was their car out of gas?

It seemed that God was telling me to go back. Perhaps I could at least give them a copy of The Great Controversy. I had a whole case of the books on the back seat. It was another mile or so before I could turn around, so there was time to seek the Lord’s counsel. What would they think of a single woman approaching two strangers?

Turning my car around, I started back. The two had crossed the road and were nearing the gas station. I pulled alongside, stopped, and rolled down the window. “Hi!” I called. “I’d like to talk to you.” They moved in my direction.

Not knowing what else to say, I blurted out, “Have you been wishing for some books about the Bible?”

They shook their heads in silence.

“Well, I don’t know why I’m here, but it seems to me that God wants me to talk to you,” I said. They moved closer.

“Do you believe that Jesus is coming back to this earth soon?” I asked.

“Yes, we do,” one answered. “That’s what we were talking about. I just told my friend here that the Lord is coming sooner than we think.”

By that time both of them were leaning on my car door. “Look,” I said, “I don’t know what you know, or what you don’t know, but you can use your Bibles and this book to help you understand.” I handed the book to one of them. “I know that God sent me to give you this book. He loves you. He wants you to live with Him forever. You can talk to Him and listen to Him as He speaks to you in the Bible.”

“We finished high school, but we aren’t great readers,” the other young man said.

“Do you have a church here?” I asked.

“Yes, we go every Sunday,” they said.

“How about taking this book to your pastor?” I suggested. “Tell him you want him to help you read it. You can study it together and pray about it. God will help you.” Then we prayed.

Their faces brightened as they thanked me.

Somewhere in a secluded Alabama woods, two young men took a copy of The Great Controversy home, a book whose writer was inspired by our wonderful God whomade the meticulous arrangements for its delivery. Surely His ways are pastfinding out (see Rom. 11:33).

Carolyn Stuyvesant, a former missionary, is retired and lives in Yucaipa, California.

Editorial
Crystallizing Angels
It’s a global confrontation between frogs and angels, ribbits and trumpets, and warts and wings.
Profile
‘We All Need a Miracle of Healing’
An Adventist chaplain in the army of the Czech Republic discusses his job as a ministry.