We all grow. But some of us are more intentional about it than others. 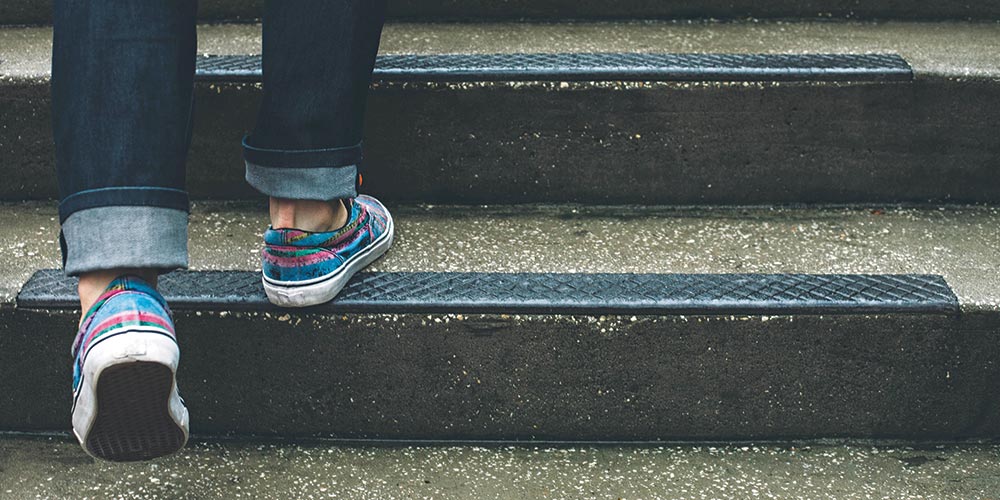 When do followers of Christ reach spiritual maturity? What are the identifying characteristics that declare one to have reached that goal? And how might we acquire those characteristics in our lives?

Any type of maturity requires time. A baby develops into a child, then a youth, then a young adult. We generally connect maturity with time. So it seems logical to expect one’s spiritual maturity to be obtained much later in life, and often that seems to be the case. Those years of living give us a better understanding of life with its trials and victories. They also allow us time to experience God’s revelation of Himself.

In the Holy Scriptures, however, are some wonderful examples of spiritual maturity reached quite early in life.

When Babylonian armies conquered Jerusalem in the third year of the reign of Jehoiakim, a number of individuals were taken captive to Babylon. Some of those young, healthy individuals were apparently more promising, intellectually brighter, and more responsible than others. We immediately think of Daniel and his three friends: Hananiah, Mishael, and Azariah. We know these individuals better by their Babylonian names, Shadrach, Meshach, and Abednego.

Their story in the book of Daniel is highly complimentary of these four captives. They had high principles, and a strict and healthy diet; their appearance was appealing, and they passed their exams with honors. “To these four young men God gave knowledge and understanding of all kinds of literature and learning. And Daniel could understand visions and dreams of all kinds” (Dan. 1:17). They soon filled responsible positions in Nebuchadnezzar’s kingdom.

Adhering to God’s commands, maintaining high standards, rejecting those things that harm us and others, often protects us from many of the problems that we might otherwise suffer. But with Daniel and his three friends, the very things that gave them success as they arrived in Babylon later became obstacles in serving the king. Daniel and his three companions’ unwavering dedication and determination to serve God rather than obey the king placed them in their dilemma.

When King Nebuchadnezzar had a dream that neither he nor his counselors could understand, Daniel was brought forward to explain the king’s dream. “Your Majesty looked, and there before you stood a large statue—an enormous, dazzling statue, awesome in appearance” (Dan. 2:31). Then Daniel told him, “You are that head of gold” (verse 38).

Nebuchadnezzar apparently concentrated on the head of gold and the fact that it represented his kingdom, rather than considering that other world powers would follow.

Shortly after that dream, Nebuchadnezzar made an image 90 feet tall and nine feet wide and placed it on the Babylonian plain of Dura. Instead of having only a head of gold, the entire image appeared to be made of gold. He apparently wanted to leave the impression that his kingdom would last forever.

Power always demands respect, and it was no different with Nebuchadnezzar. The day came when all the rulers and officers of his kingdom gathered at the site of the golden image. They were commanded to fall down and worship the statue.

Daniel 3 tells the story. The three Hebrews refused to fall down and worship the golden image. When confronted by Nebuchadnezzar, they were offered another opportunity to show their allegiance to him or risk being cast into a fiery furnace if they refused.

Shadrach, Meshach, and Abednego answered, “King Nebuchadnezzar, we do not need to defend ourselves before you in this matter. If we are thrown into the blazing furnace, the God we serve is able to deliver us from it, and he will deliver us from Your Majesty’s hand. But even if he does not, we want you to know, Your Majesty, that we will not serve your gods or worship the image of gold you have set up” (Dan. 3:16-18).

The first A stands for acknowledgment. Shadrach, Meshach, and Abednego knew God personally and acknowledged His right to demand total allegiance. Thus they could not bow down or worship any image.

Most important, however, the three young men acknowledged the possibility that God might choose not to intervene and spare their lives. Their obedience did not depend on God sparing them from death.

The second A of spiritual maturity is likewise found in the conversation between the three Hebrews and Nebuchadnezzar: “But even if he does not, we want you to know, Your Majesty, that we will not serve your gods or worship the image of gold you have set up” (verse 18). Acceptance is the second A in spiritual growth. The three young men accepted the fact that God might choose not to spare their lives. They would accept death rather than betray God.

It’s interesting to observe God’s timing in this story. If God intended to prevent their death all along, why not thwart Shadrach, Meshach, and Abednego from even being thrown into the fiery furnace?

Spiritual growth often requires that our faith in God is tested. The miracle of surviving the furnace that killed those who threw the three Hebrews into the fire, yet did not as much as singe a single hair on their heads, could be explained only by a power that far exceeded any earthly power. Nebuchadnezzar recognized that power in the fiery furnace when he observed: “Look! I see four men walking around in the fire, unbound and unharmed, and the fourth looks like a son of the gods” (verse 25).

Remember, the three were bound when they were thrown into the furnace. But when the king saw them they were loose, walking in the furnace unhurt and unharmed. When they came out of the furnace, “their robes were not scorched, and there was no smell of fire on them” (verse 27). Perhaps the test and the miracle of survival were given more for the benefit of Nebuchadnezzar and other onlookers than for those who were saved.

The spiritual maturity of the three young men is shown by their acknowledgment of God’s power to intervene. Coupled with that, Shadrach, Meshach, and Abednego accepted the fact that God might not save them. They determined to be faithful, no matter what. Acknowledgment of what God can do and acceptance of what He chooses to do shows the maturity of our spiritual growth.

This narrative also shows Nebuchadnezzar taking some of his first steps in spiritual understanding when he acknowledged and declared, “Praise be to the God of Shadrach, Meshach and Abednego, who has sent his angel and rescued his servants! They trusted in him” (verse 28).

A Third A: Application

The story of Daniel’s three friends took on special meaning when my mother-in-law developed cancer some years ago. After all treatment options were exhausted, she asked to spend her final days in our home. We gladly took her in and provided for her care.

One day when I returned from the office, I found Grandma greatly distressed. That day a friend from a nearby church had come to visit and give her words of comfort and counsel. He told her she could be healed if she truly had faith. This greatly distressed her to think that after serving God all her life she was now somehow preventing His healing because of her lack of faith.

She asked, “Am I dying because I lack faith?”

In what seemed an instant, the answer came to me in the story of the three Hebrews. Grandma’s hearing was greatly impaired from all the chemotherapy, so I raised my voice so she could hear me and asked her two questions as part of my answer to her question.

The first question: Do you believe that God in an instant could restore you to perfect health? Her answer was a bit weak but positive “Yes.”

The second question: Will you continue to have faith in God and accept His will in your life if He chooses not to heal you? Her answer was a
bit stronger: “Oh, yes.”

I assured her that she had true faith indeed, the kind of faith that is acceptable to God. A short time later she closed her eyes for a last time, assured of the great resurrection when all sickness and disease will be replaced by the gift and miracle of everlasting life. Her healing will come; it will be at the sound of the last trumpet; and it will take place in the twinkling of an eye.

The question we have to answer is this: How do we grow and mature spiritually? God’s Word gives us the answer. We are admonished to pray without ceasing, be thankful in everything, search the Scriptures daily, encourage others to love and serve the Lord, and meditate each day on the great sacrifice of Calvary. These are the nutrients that will help us grow and reach spiritual maturity.