Our sisters are God’s children—treat them that way. 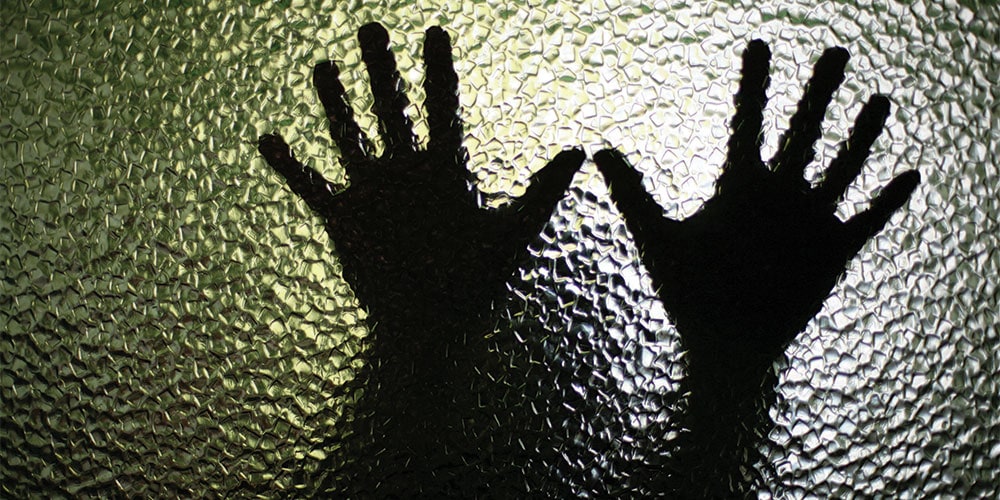 Her tragic story is found only within the 39 verses of 2 Samuel 13. Tamar was raped by her half brother Amnon. He chose to express his sickening lustful passion toward his younger sister through a sinister plot concocted by their cousin.

Amnon’s crafty cousin Jonadab could see that he was troubled. He drew him out, bugged him about his downcast face. How could he, a prince, be always looking so miserable? Wasn’t he getting a good night’s sleep, or what?

Amnon explained: he was in a hopeless situation; in love that could never be satisfied; in love with his sister Tamar.

Amnon had it all wrong, Jonadab insisted. There was a way for Amnon to satisfy his incestuous craving: “I’ll tell you what to do,” he said. “Go back to bed and pretend you are ill. When your father comes to see you, ask him to let Tamar come and prepare some food for you. Tell him you’ll feel better if she prepares it as you watch and feeds you with her own hands” (2 Sam. 13:5).1

Amnon liked the idea. He acted sick. His solicitous father, the king, came to see him. Amnon asked for Tamar to come and serve him. “My sister,” he called her: “Let my sister Tamar come and cook my favorite dish” (verse 6). Being served by his sister, watching her serve him—that would cure all his ailments. Woman as servant was no radically new idea. David agreed, and sent appropriate instructions to Tamar.

Tamar arrived, prepared the cakes for him as he requested, and tried to serve them to him. But Amnon had a developing request, a progression that still works today: from the telephone to the hotel lobby to the room upstairs, to . . .

Amnon sent his servants away and asked Tamar to feed him the cakes in his bedroom. Lured into Amnon’s trap and recognizing his intentions, Tamar tried her utmost to get out of the bind. She had never been trained in escape strategies. She instinctively knew them.

Against all the questions victims have to answer about why they didn’t do this or that (get out of there, avoid the beast, dress modestly, etc.), or why they took this long to eventually voice their complaint, is the truth, put in the form of an entirely different question: How do so many of the vulnerable ever survive when being preyed on is the philosophy of the scholar, the default explanation of the scientist, the law of the culture? How come any of the victim class ever survive the ravages of the power class?

Tamar called on the best verbal de-escalation skills she had; she tried to reason with the pervert to prevent the rape: “No, my brother!” she cried. “Don’t be foolish! Don’t do this to me! Such wicked things aren’t done in Israel” (verse 12). His sick attack—for he was indeed sick—would not benefit either of them: “Where could I go in my shame? And you would be called one of the greatest fools in Israel. Please, just speak to the king about it, and he will let you marry me” (verse 13).

But Tamar’s pleas for mercy were muzzled out by her brother’s perverted, animalistic quest for pleasure and wielding of power.

The trauma did not end with the rape. The aftermath was equally tragic. Amnon’s burning passion for his sister suddenly transformed into violent hatred toward her. Anger is just lust turned inside out. She was berated, humiliated, and thrown out, banished from her brother’s home. Tamar, the victim, was treated like the enemy: “The servant put her out and locked the door behind her” (verse 18).

Why? Was she a threat? So that locked doors, protracted and contorted reporting procedures, and aggressively insensitive, distrusting interviews were needed to protect the rapist from the threat of their own crude facts? Why did he need to lock the door? “She was wearing a long, beautiful robe, as was the custom in those days for the king’s virgin daughters. But now Tamar tore her robe and put ashes on her head. And then, with her face in her hands, she went away crying” (verse 18).

Your sister, your daughter, your mother, your wife, God’s child, needs help, support, and intervention. She does not need additional pain. Neither she nor you nor God, her heavenly Father, needs an escalation in violence to fix the broken and repair the shame. Tamar’s only support and comfort came from another scheming sibling, her brother Absalom. For his help she would need to keep her disgrace and Amnon’s dirty secret unmentioned for two years. Can you imagine? Two years of being forced to pretend as if nothing had happened. For years Tamar lived “as a desolate woman” (verse 20) in Absalom’s house, with nowhere else to turn.

Their patriarchal inept father, David, was no help, paralyzed by his own conscience and history of criminal assault. But her brother Absalom would eventually find a way to fix everything: he would take up the role of vengeful sibling murderer. Two years after the rape he concocted his own evil scheme, with Amnon at the receiving end. Absalom threw a feastfor all the king’s sons. David, dubious about Absalom’s generosity, hesitated to send all his sons, but Absalom eventually persuaded him to send Amnon. At the right moment in the procedings Absalom gave his signal, and his men bore down on Amnon, slaughtering him at the height of the celebration.

It may surprise you. But when society will not give justice to the abused, victimized, and oppressed, their Father in heaven may turn their own cruelties upon them for the sake of His children. Ellen White wrote: “When parents or rulers neglect the duty of punishing iniquity, God Himself will take the case in hand. His restraining power will be in a measure removed from the agencies of evil, so that a train of circumstances will arise which will punish sin with sin.”2

Our God is a God of justice. He is no murderer. He knows that the lawlessness in which the victimized take the law into their own hands to fix blood feuds is no effective solution. Tamar’s violation was not “fixed” by Amnon’s murder. Her grief has never been fixed. Her pain and agony were buried in the long history of unsolved family abuse and suffering. Her name does not appear anywhere else in the Bible. Her voice was never heard from again. Remaining silent was not her choice of action; it was what she was told to do.

What happened to Tamar is the painful side of salvation history. The grand themes of the great controversy, worship, prophecy, the cross, and the Second Coming require significant attention in contemporary times. However, these themes often eclipse the pervasiveness of hurt and pain in our communities. Furthermore, there is discomfort in addressing stories that remind us of how sinful and debased we really are. Who wants to be reminded of the depth of sin into which family members have stooped? Or be reminded of the immoral passions and examples of lack of human decency exhibited among loved ones?

What happened to Tamar reveals everything that goes so wrong behind the closed doors of a religious home. Family secrets, generational sins, unrestrained immorality, and the big A word: Abuse. These criminal acts of sin mask themselves as abuse in many forms—physical, sexual, verbal, emotional, financial, and religious. It’s all abuse, and it’s all wrong. Countless numbers of daughters, mothers, sisters, wives, and children—all children of God—have been muted into silence by their controlling abusers.

Unfortunately, many habits of abuse originate in overbearing patriarchy. As Ellen White observed: “The husband and father who is morose, selfish, and overbearing is not only unhappy himself, but he casts gloom upon all the inmates of his home. He will reap the result in seeing his wife dispirited and sickly, and his children marred with his own unlovely temper
.”3

God’s houses of hope and healing offer practical steps to address abusive situations, ways in which our daughters, sisters, mothers, and wives—God’s children—can be surrounded with appropriate intervention:

Tamar’s story is unfinished business. If we do nothing to address the atrocities of Tamar, painful silence will continue, and Absaloms will seek to fill the void of irresponsible fathers, kings, and leaders. Absaloms today still take matters into their own hands, silencing victims of abuse and looking for opportunities for revenge.

But Tamar, God’s child, is not helped by further societal violence. She is helped by prevention. She, and we, are all helped by grace: grace offers pardon for evil, even Amnon’s evil, if Amnon will repent; and it offers assurance of restoration for Tamars who have been undone.

So let’s preempt the evil with the good of education, and embrace the grace that saves us all from ourselves. We all need forgiveness, for what we may never have done to Tamar we’ve done to God’s Son. But He offers us Himself instead of our violent, murderous selves. We need Him, and need His grace. It comes to us free, God’s unspeakable gift (Eph. 2:8; 2 Cor. 9:15).