Romans 1: What Does IT teach about homosexuality?

Bible truth for the twenty-first century. 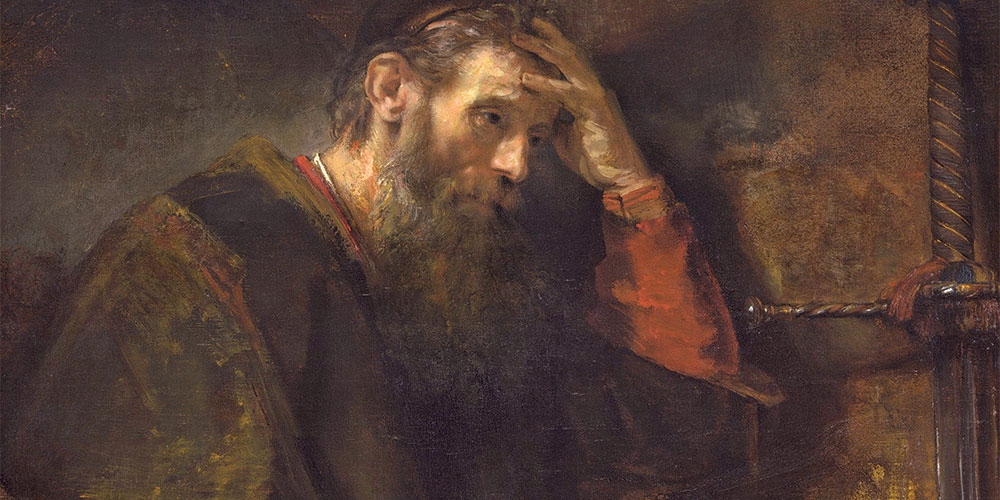 How fair would it be for God to make me this way and punish me for being what He made me to be?

This question is specifically debated in our time in the context of discussions about homosexuality. While some interpreters find in Romans 1 a clear condemnation of all forms of same-sex sexual activity, others find no such condemnation in the passage. For them Paul “condemns perversion of what comes naturally.”1 In this understanding those who self-identify as homosexual by nature, born that way, should not practice heterosexuality. And it would be equally improper for heterosexuals to practice homosexuality. According to this view, Paul’s insistence is that individuals live the way indicated from birth that they are meant to live.

Both of these groups are agreed that the passage is condemnatory, whether it be by the broadest condemnation of a homosexual lifestyle or by the more limited rebuke of sexual practice that is contrary to a person’s natural sexual orientation at birth. Violent or exploitative sexual behavior is also here condemned. The issue is not whether the passage is denunciatory, but rather what is being denounced.

“Constitutional homosexuality,” homosexuality understood as part of someone’s original and permanent makeup, is sometimes held to be a phenomenon too modern for Paul to have been aware of. Paul would not have known of permanent, loving relationships with one partner of the same sex. Therefore he could not be expected to speak to a question he knew nothing about. Thus, finding a critique of such a reality in Romans 1 would be, at best, an anachronistic interpretation of the passage.

Every human and all God’s creation have been scarred by the cruel lash of sin.

However, this argument does not find support in a review of Paul’s world, and adopts an unrealistic view of Paul, the worldly-wise intellectual.2 Paul’s familiarity with Greek scholarship, and his freedom in citing Greek authors (Acts 17:28; Titus 1:12), make it fairly untenable to hold that he knew nothing of Plato’s androgynous myth. The myth theorizes that at an earlier stage the human was dual, with “four hands, four feet, two faces, and two privy parts, that is, like two people back to back. . . .” Some of these dual, primal creatures were male in both parts, others were female in both parts, and yet others (a third sex) part male and part female.”

According to the myth, insolence led these primal creatures to attack the gods, until Zeus took action and “divided these dual four-legged creatures into two-legged creatures. A dual male became two males, a dual female two females and the male-female (androgynous) became a male and a female. On this basis he [Plato] accounts for the differing sexual desires apparent in society, for each creature searches out its own or opposite kind, according to its original orientation. When dual parts encounter each other, they fall in love. By the creation of this myth Plato attempts to explain the attraction some men and women have for persons of the same sex.”3

Which Nature Does Paul Mean?

In Romans 1 Paul shows that God’s righteousness in saving people who believe in Him (verses 16, 17) is confronted by human unrighteousness (verse 18). Paul’s address to both Jew and Gentile, and his categorical language on the reality of sin, illustrate and confirm that the context of his thought and expression in Romans 1 is universal, all embracing rather than partisan, all-inclusive rather than in any way exclusive. All Gentiles are sinners (Rom. 1); Jews are all sinners (Rom. 2)—“there is no partiality with God” (verse 11)4; all, Jew and Gentile, are in rebellion against God and practice unrighteousness (Rom. 1:18), and are doomed and damned to death, except that through the faithfulness of Jesus Christ God has established a way to provide His righteousness to “all those who believe,” “being justified as a gift by His grace through the redemption which is in Christ Jesus” (Rom. 3:22, 24); Abraham and David are examples of faith, and proof of hope for everybody “apart from works,” showing that salvation from sin is equally for circumcised and uncircumcised (Rom. 4:6).

In Romans Paul is dealing with, and speaking to, all people of all times. His themes apply everywhere for everyone: Creation, the Fall, sin, and salvation apart from any Jewish particularity, apart from circumcision, apart from law, apart from works. What Paul says about homosexuality is to be understood within this universal context—for all people and all times.

Romans 1:20 refers to the world’s creation and its created works. Paul’s argument is that God can be known through creation. However, some replace Him with images human or animal, bowing to distortions of God’s incorruptible glory (verse 23). The language is evocative of the Genesis creation account: animals listed, humans, the concept of “likeness/image,” all echo Genesis 1:24-26. Romans 1:25 points out that the Gentiles worshipped created things instead of the Creator.

Romans 1:26, 27 further evokes Genesis 1:27 by concentrating on the same terms—namely, “male” (arsen) and “female” (thelus)—instead of using “man” and “woman.” These clear references to Creation in the preceding verses require that homosexuality be understood in the same context, the context of Creation. “Idolatry and same-sex intercourse together constitute a frontal assault on the work of the Creator in nature,”5 no matter which form of homosexuality it is. The creation account points out God’s intention for men and women: monogamous heterosexual marriage. Nature, as context for the chapter’s discussion, means God’s original creation.

More on the Text

The argument that the phrase “the natural intercourse” and its opposite, “against/contrary to nature,” in Romans 1:26, 27 are describing what is natural to an individual is alien to the book’s broad context as well as to standard use of the term physis (nature). The term physis is never used to mean constitutional homosexual makeup. In Romans the noun is found seven times,twice as part of the prepositional phrase para physin (against nature; Rom. 1:26; 11:24). In one of these an olive tree that is wild “by nature” (kata physin) becomes grafted “against nature” (para physin) into the cultivated olive tree. The nature God affirms is His original created order. Whatever is in accord with that original is kata physin. On the other hand, para physin refers to departure from the Creator’s original intent and establishment.

Joseph A. Fitzmyer states that “nature” for him [Paul] refers to “the order intended by the Creator, . . . the order seen in the function of the sexual organs themselves, which were ordained for an expression of love between man and woman and for the procreation of children.”6 Departures from this order including idolatry and homosexuality, specifically mentioned here, are “against nature,” implying a negative moral judgment: “Homosexual practice is a violation of the natural order (as determined by God).”7 This includes all forms of homosexuality.

The mention of adult-adult homosexual intercourse (Rom. 1:27), dependent on Leviticus 18 and 20, shows that Paul saw Mosaic law as (1) applicable to New Testament times; and (2) includes female same-sex sexual activity, implied in the Old Testamemt.8 Since lesbianism typically was and is not violent or exploitive, it also implies that Paul included loving homosexual relationships by common consent.

Our opening question may now receive a clear answer from the Word of God. The nature God affirms is H
is original Eden creation. In that place and time of flawless bliss, human sexuality is clearly defined as male and female (Gen. 1:27). The man (male) and the woman (female) are brought together by God in marriage, divinely blessed. In sexual intercourse the man and the woman, his wife, are joined together and become “one flesh” (Gen. 2:24).

Much has changed since God’s original and perfect work, and the changes show up in innumerable ways, including sexual attraction. Every human and all God’s creation have been scarred by the cruel lash of sin.

But though much is lost, God has preserved for us the record of His ideal for us. We still know of Eden. So we still know what He means by “according to nature.” And He has registered His commitment to restore our original nature, and restore to us the original nature of Eden that we lost through sin. Before the sun could set on the first day of sin on earth He spoke the promise that, by His sacrifice, we would be restored to our first dominion, to the way He always meant for us to be (Gen. 3:15; Micah 4:8).

Paul’s rejoicing, in the book of Romans, is because the truth of that restoration is available to “everyone who believes,” Jew or Greek (Rom. 1:16). God is not unfair. In Jesus He makes available to us all every provision necessary that we “may become partakers of the divine nature [physis], having escaped the corruption that is in the world by lust” (2 Peter 1:4).

Ekkehardt Mueller is an associate director of the Biblical Research Institute, General Conference of Seventh-day Adventists.