Responding to the Resurrection

"Fake news” is nothing new. 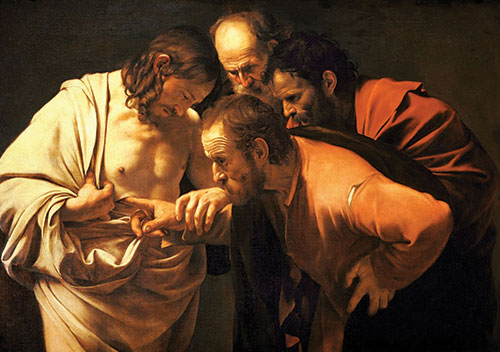 A certain expression has recently taken our cultural landscape by storm: “fake news.”

Fake news is what is referred to as a neologism, a newly coined word or expression that has become popular over time. Sometimes it can be a new word, which has been created although not fully accepted into the culture. A neologism can also refer to an old phrase that is used with a new twist.

For example, the word “webinar,” a seminar conducted via the Internet, falls into the category of a neologism. The word “google” is also a neologism, used to refer to the use of an online search engine, whether you actually use the Google site or not.

So when the neologism “fake news” is used, what does it actually mean? Fake news has been described as a type of yellowjournalism or propaganda that consists of deliberate misinformation or hoaxes spread via traditional print, broadcast news, or social media with the express intent to mislead its audience to damage the credibility of an agency or person in order to gain financial or political advantage. Because its purpose is to deliberately distribute false information to sway or divide public opinion, fake news can be a dangerous tool in the wrong hands.1

One of the major effects of fake news is that it becomes increasingly difficult to know who or what to believe.

The news of the resurrection of Jesus, who now lives within us as Christians, was never meant to remain with us alone.

Should Have Known Better

Indeed, could the spreading of fake news in Jesus’ day be the reason even those closest to Him had trouble believing?

The Bible contains this account: “When Jesus rose early on the first day of the week, he appeared first to Mary Magdalene, out of whom he had driven seven demons. She went and told those who had been with him and who were mourning and weeping. When they heard that Jesus was alive and that she had seen him, they did not believe it” (Mark 16:9-11).

This may be one of the most perplexing aspects of the entire story of Christ’s death, burial, and resurrection. I say this because Jesus had been predicting His death and resurrection for quite some time before the actual events of that fateful week. At times His comments seemed deliberately vague, as when Jesus said that He would destroy the Temple and rebuild it in three days (John 2:18, 19).

But there were other times Jesus’ message concerning His imminent death and subsequent resurrection was quite clear. “From that time on Jesus began to explain to his disciples that he must go to Jerusalem and suffer many things at the hands of the elders, the chief priests and the teachers of the law, and that he must be killed and on the third day be raised to life” (Matt. 16:21).

So the question: Why wasn’t Jesus believed? Here are a few possible suggestions.

First, could it be that like many Christians today, Jesus’ disciples simply lacked the faith to trust Christ’s word that He would rise again on the third day? Or maybe their unbelief was colored by the fact that they had witnessed Jesus’ jubilant entry into Jerusalem just a week earlier, and they just couldn’t picture this triumphant Jesus being a victim to the pain and suffering that death on the cross would bring?

Maybe they found Jesus’ words regarding His death and resurrection difficult to swallow because they, too, were convinced, as was Pilate, that Jesus’ lifeless body was no match for the heavily guarded tomb.

Or could it be because the news of Christ’s resurrection was first brought to them by a woman, not a man, that in their minds the news couldn’t be viewed as credible?

I’m not being sexist when I say this—I am merely taking into account the societal context in which these events took place. In Jesus’ time women were not considered to be on the same social plane as their male counterparts, which was evident in the morning blessings that Jewish men recited as they thanked God that they were not born slaves, Gentiles, or yes, women.2

Or maybe the disciples felt that the news of Jesus’ resurrection was simply a hoax orchestrated by some well-meaning followers; or that with so much fake news that plagued Jesus while He was alive, they simply assumed that this was just another false account.

Here’s the stark reality: none of Christ’s closest followers believed that He would truly be raised from the dead on the third day. If they had, wouldn’t they have been waiting for Him outside the tomb on the third day? Even the women at Jesus’ tomb weren’t there so they could witness His resurrection, but rather so they could finish preparing His body for burial, which had been interrupted because the Sabbath was approaching.

“It was Preparation Day, and the Sabbath was about to begin. The women who had come with Jesus from Galilee followed Joseph [of Arimathea] and saw the tomb and how his body was laid in it. Then they went home and prepared spices and perfumes. But they rested on the Sabbath in obedience to the commandment” (Luke 23:54-56).

As important as it was for Jesus’ disciples to have a firsthand account of His resurrection, which would have dispelled all their doubts, Jesus places more weight on those who believe in His resurrection without having the benefit of being actual witnesses to the event. The story of Thomas illustrates this.

“Now Thomas . . . , one of the Twelve, was not with the disciples when Jesus came.So the disciples told him, ‘We have seen the Lord!’

“But he said to them, ‘Unless I see the nail marks in his hands and put my finger where the nails were, and put my hand into His side, I will not believe.’

“A week later his disciples were in the house again, and Thomas was with them. Though the doors were locked, Jesus came and stood among them and said, ‘Peace be with you!’ Then he said to Thomas, ‘Put your finger here; see my hands. Reach out your hand and put it into my side. Stop doubting and believe.’

“Then Jesus said to him, ‘Because you have seen me, you have believed; blessed are those who have not seen and yet have believed’” (John 20:24-29).

Many of us are familiar with the expression “seeing is believing,” which means that only physical, concrete evidence is truly convincing.3 But the sentiment that Jesus expressed to Thomas, as well as to the other disciples, goes completely against this line of reasoning. Jesus makes it clear that although seeing with our eyes is an extremely important human function, even more important is we believers seeing things through eyes of faith.

Faith plays a foundational role in the life of Christians; so much so that without it, it is impossible to please Him (Heb. 11:6). Because we Christians do not possess empirical evidence as to the resurrection of Jesus from the tomb, we must therefore accept it by faith.

This is where the idea of believing being more important than seeing comes into play in our lives as Christians. If we are to accept by faith that Christ is risen from the dead, and that He now lives to make intercession before the Father in our behalf, we can have the same hope that was given to those who were eyewitnesses to His resurrection.

The apostle Paul spoke not only to the reality of Christ’s resurrection, but of the necessity of knowing it by faith: “But if it is preached that Christ has been raised from the dead, how can some of you say that there is no resurrection of the dead?. . . . If Christ has not been raised, our preaching is useless and so is your faith.More than that, we are then found to be false witnesses about God, for we have testified about God that he raised Christ from the dead. . . .And if Christ has not been raised, your faith is futile; you are still in your sins.Then those also who have fallen asleep in Christ are lost. If only for this life we have hope in Christ, we are of all people most to be pitied.But Christ has indeed been raised from the dead, the firstfruits of those who have fallen asleep (1 Cor. 15:12-20).

The news of the resurrection of Jesus, who now lives within us as Christians, was never meant to remain with us alone. It was given so that we might share it with the world. The world needs to know that the resurrection of Jesus Christ that took place nearly 2,000 years ago is not some rumor, fake news, or conspiracy theory, but an actual historical reality in your life and mine.

The only way for those around us to know this, especially with all the fake news swirling about, is the evidence we provide as witnesses to the fact that Jesus is alive and living within us. This is the hope Paul wrote about to the believers in Colossae: “To them God has chosen to make known among the Gentiles the glorious riches of this mystery, which is Christ in you, the hope of glory” (Col. 1:27).

This hope is not wishful thinking; it is a reality lived out in every believer as we bear witness of being daily transformed into the image of God. It is the same hope that lives in us in the twenty-first century, if we are willing to accept by faith that the news of Christ’s resurrection is not fake news but good news that our world desperately needs to hear.

A popular saying in the 1980s said, “Keep hope alive!” I beg to differ. It’s not my job to keep hope alive. Rather, it’s hope that keeps me alive!

Now who doesn’t want to hear some good news?

Charles A. Tapp is senior pastor of Sligo Seventh-day Adventist Church on the campus of Washington Adventist University in Takoma Park, Maryland.