Is there anything to affirm? 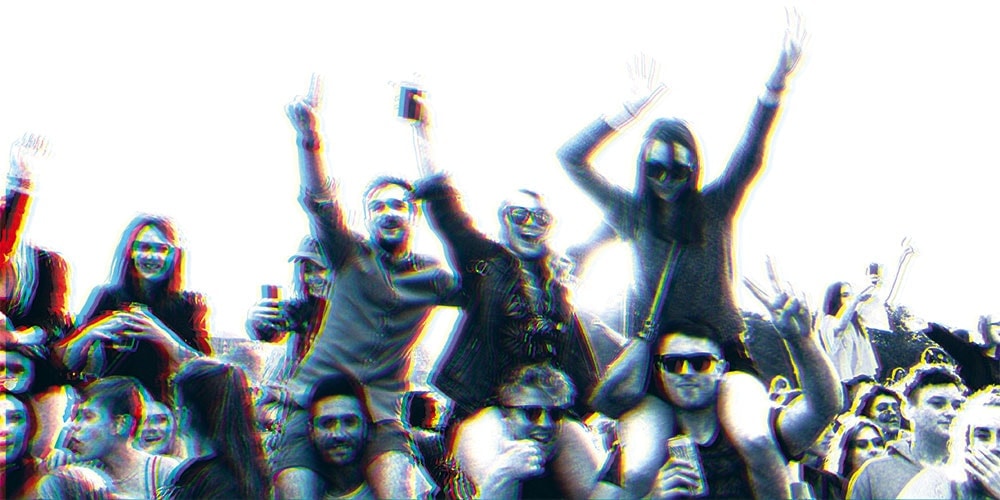 Postmodernism and how to reach postmodern people with the three angels’ messages remains a mystery to many Adventists. As I have studied the topic, however, I have wondered at my own findings: might there be affinities between the Adventist message and the postmodern worldview? Take for example, their common rejection of (1) impersonal laws and institutions as sufficient to uphold true society; (2) impersonal, individualistic, legal views of moral perfection; and (3) transcendent, dualistic views of humanity.

On the other hand, the postmodern world still suffers from a pride that needs to be penetrated just as much as the pride of past generations. The biggest obstacle we may be facing is the fact that we, Laodicea, have our own pride problem.

Rejection of Impersonal Laws and Institutions

Understanding postmodernism requires turning away from simplistic characterizations. For example, it is often repeated that postmoderns reject institutions and authority. However, the enthusiasm of postmoderns for highly involved social democratic “big governments” ought to give us pause to reconsider. There is more going on than meets the eye. In keeping with our imagined transcendent nature as rational beings, modernist political philosophers taught that laws, not people, should rule society. Human beings were not supposed to be emotional, passionate, and relational creatures. Cold Kantian moralistic reasoning or Bentham’s utilitarian ethical logic justified moral living without appealing to divine intervention. What they and modern Christian critics failed to consider properly was whether or not real people could keep the high-minded laws they proposed—if they could be devised in the first place.

The assumption was that once the right laws were in place, human morality guaranteed their keeping. Those lacking the enabling goodness, unable to control their passions and emotions, would be subject to the wrath of the righteous state. Philosophy and theology being the sport of the privileged, it was natural for them to despise commoners for whom living nobly seemed to present such a struggle.

Christ is incapable of standing aloof from His creatures.

At the heart of modernism lay a dualist distinction between the inferior (emotion, passion, etc.) and the superior (hard-nosed logic). The ideal governmental model was neutral, impartial, indifferent administration, government for the self-satisfied and self-righteous few whose personal wealth and prestige protected them from the trials that would test their goodness. The conceit thrived so long as the majority was denied a voice. The project failed when the coming of democracy exposed it as grounded in unrealistic transcendentalism.

Postmodernism rejected this impersonal, transcendent approach to government. It is no accident that the postmodern revolution has coincided with the proliferation of governments wielding executive powers. It has also coincided with the enfranchisement of lower and marginalized classes and with postmodernism’s view of humans as profoundly relational creatures with desires, emotions, and passions that are not evil in and of themselves. Postmoderns are enthusiastic about authorities that draw on utopian dreams and promise change for the better. They are attracted to the government model of the benevolent ruler who takes care of the flock. They seek a utopian authority that can promise them love, security, and peace on earth. They still desire a rule of law, but only within an egalitarian context where benevolent government makes laws easy to keep and guarantees fair outcomes. Modernist, heroic, self-satisfied, dualist humans saw no need for this. For them law means what it says even if its frigid interpretation starves you to death.

It is interesting to ask: Which of these two views of government most coincides with Adventist understandings of the kingdom of God? Clearly the second, is it not? Though Adventism’s major emphasis on the impersonal-law aspect of the kingdom may obscure this fact sometimes. A guest at our typical evangelistic meetings may be forgiven for seeing God’s kingdom as very much an impersonal rule of Ten Commandments. But Christ’s rule is hardly objective. He is incapable of standing aloof from His creatures, indifferent to their desires, demanding that they fend for themselves and be obedient. Rather, God rules by intimacy: standing at the door; knocking; wanting to come in and share a tête-à-tête (see Rev. 3:20). Only the extravagant benevolence of this intimate sharing makes it true that His rule is “easy” and “light” (see Matt. 11:30). On the face of it then, there is no reason that a postmodern should not be enthusiastic about the kingdom of Jesus Christ.

Affinities between Adventism and postmodernism may be much greater than we realize. But this is not to say that they are a perfect match. God’s kingdom is not an impersonal rule of laws, but it is also not a lawless rule of passions. It is not hard to see why a rule of passions can be just as cold and heartless as an indifferent rule of laws. We live in a world of incredible heartache where each one’s quest for their own passions and fulfillment means that love and even family are not forever. Vulnerability is celebrated but also imperiled, its victims as disposable as the plastic bottles that pollute our oceans. Consider the millions of voiceless victims sacrificed in the name of a person’s right to pursue their goals and dreams. Postmodernism’s cult of personal happiness and fulfillment does not consistently manifest softhearted innocence and compassion: issues such as abortion expose its Achilles’ heel, and rather than follow and echo the world, Adventism is privileged with countercultural truth that speaks precisely to postmodernism’s tragic flaws.

There is a kingdom, here and coming, where our individual passions and desires will be harmonized with a perfect rule of law and order, and where all will achieve fulfillment and personal happiness while being completely protected by a perfect law. In this kingdom none need ever fear that their passions and desires are the source of another’s pain. The war between community and self has ended here. There are no more mini dictators, each one fighting against every other for as much glory and self-exaltation as we can achieve and trampling those who get in our way. Instead, perfect trust in the One who makes all things beautiful in His own time liberates us to forget ourselves and joyfully live only for the glory of God, knowing that in His glory we find true harmony and fulfillment together, in community rather than in alienation.

Sharing the Truth They Need

While the transcendental modernist view of human nature is essentially based on pride and self-sufficiency, postmodernism suffers from a similar disease. While fascination with Eastern religions makes lip service to humility fashionable, the cult of self-esteem and positive thinking is equally fashionable. “If you believe in yourself all your dreams will come true,” we are told. The Bible truth that we are depraved sinners deserving of nothing in this life but suffering and death (Rom. 3:10-18; Luke 18:13) is simply not expressed in polite society. But it is the only context in which the amazing grace and love of God can be truly appreciated and understood: “Where sin increased, grace increased all the more” (Rom. 5:20).

When I share with people that we are all equally weak and morally depraved and selfish (Jer. 17:9), it opens a door to the gospel that no amount of external law-pushing or emotion-based talk about God’s unconditional love and grace alone seems able to open. Vividly seeing our own selfishness brings home the gospel of God’s unearned love and makes it real. Whereas rules alone make us defensive and argumentative, and grace alone makes us apathetic and indifferent, understanding that we
are all clothed in filthy rags, deserving of nothing, yet given everything gets past the natural defenses and hits the heart every time.

Postmoderns are very aware of the evil in the world all around them. What they lack is the insight to understand that this evil comes from each of us. When we look at ourselves honestly in the light of the problems of this world, we see the blood on our hands. We are the ones whose consumerism, materialism, selfishness, and indifference are destroying the world. Our occasional good deed may make ourselves feel better, but we are desperately selfish and we have a world of hurt around us to prove it.

Adventist inefficacy in reaching this secular postmodern generation may in fact be caused by our failure to appreciate how desperately unworthy we, as Laodiceans, are. There is probably no guarantee that either type of Adventist Church—contemporary postmodern or more traditional—has less or more true heartbroken repentance. At times it seems that  the only things that move us are (1) some tear-jerking performance or show or (2) some opportunity for personal vindication that includes condemnation of the other. Our dull, self-righteous hearts still balk at God’s simple message of forgiving grace: we’d rather be entitled to it. Why wouldn’t God love me? Saying that Jesus loves us evokes too often the same response as saying that the sky is blue.

The postmodern world waits for religion that is not based on pride or empty sentiments. It waits for the demonstration of heartfelt repentance, such that even after grace has improved us and substantially cleaned up our lives, we still see ourselves as beggars deserving of nothing (Luke 17:10). We would then find that Jesus’ love and grace do impact us more and more with the joy that we have vainly sought to find through our own self-esteem-based religion. Others would take notice that we have been with Jesus.

Jonathan Martin is a barrister-at-law in Saskatchewan, Canada.