​One Community at a Time

When she went looking for a mission field, she found one in her front yard. 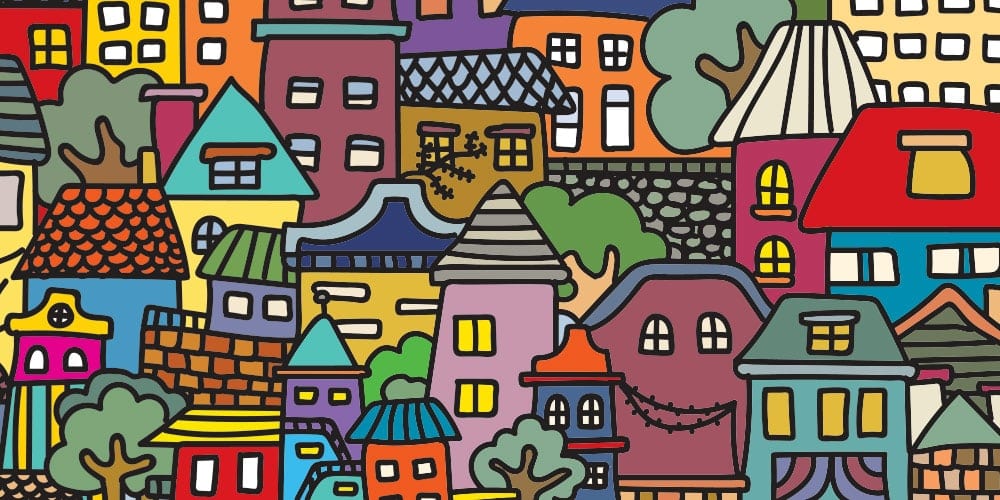 For years I longed to share Jesus, but I was naturally shy. I want to! But I can’t, Lord!

On September 11, 2001, planes crashed into the skyscrapers of New York City. People died. The city was in shock. The country, too. The North American Division of the Seventh-day Adventist Church divided Manhattan into geographical sections. Adventist conferences took responsibility for their respective sections of the city and sent missionaries.

My husband, Don, and I had recently moved to Laurel, Maryland, to serve at the North American Division. I begged God to let us go to New York City, to live in a high-rise apartment building and share Jesus with our neighbors.

Jesus answered, “You already live in a city. You have neighbors. Work here!”

I woke in the middle of the night: “OK, God, so how can we impact our neighbors for You? I’m shy! And we travel so much!”

Again, Jesus answered: “Pray for your neighbors by name!”

What a novel way to witness! But it was Jesus’ idea.

So at Christmas in 2001, Don and I went to each home on our block, with its 17 townhomes. We gave each family a letter telling them about ourselves, some delicious cookies baked at our Adventist world headquarters, and one of Don’s books, One Heart Rejoicing. We learned their names and wished them all Merry Christmas: Christians, Muslims, Hindus, uncommitted—everyone! What difference did our visits make?

One evening I saw a neighbor in his yard. I called, “Hey, Kevin! How’s Denise?”

How did I know their names? Because I prayed for them each day by name.

Kevin said that Denise was not well. My reply reflected Jesus’ commission: “Thanks for telling me. I pray for you each day.”

“You pray for us every day?”

“What a difference you’re making in our neighborhood!” he exclaimed.

Our wedding anniversary was in August. We worked late at the office. We ought to do something special, we thought. But we were so tired: “Let’s go home.” But when we said home, we thought of neighbors. How can we use our wedding anniversary to build relationships with our neighbors? Don bought ice cream and root beer. We set up a serving table on our postage-stamp-sized front yard. Don knocked on all the doors and shouted, “Come out and help us celebrate our anniversary!”

They came. They didn’t know each other. But it was the beginning of our becoming a neighborhood family. The next year we served a whole picnic on our front yard.

In September I asked God, “Is there anything else You want us to do?”

He answered, “Ask them to pray for you!”

That’s why I went across the street to our Muslim neighbors and knocked on their door. Amber opened the door and pulled me inside. She was very expectant. “I’m so glad you’ve come! I have no one to talk to about what it is like to have a baby. My mother lives in Pakistan.”

We talked and talked . . . all about having a baby.

After an hour or so, I remembered God had said, “Ask them to pray for you.” So I told Amber that we were going to Nigeria, where Don would speak in a stadium with 10 different translators. Amber agreed to be our prayer partner.

As I was leaving Amber’s home, I said, “I’ve forgotten so much about babies, but I could be your local mom.” She hugged me and sent her love to Don and greeted our children as a sister. She became our daughter.

That’s why, when little Murium was born, Amber introduced Don and me to the nurses at the hospital as her grandparents. That’s why, when Amber brought Murium over for a visit, she and I went shopping so I could buy a new dress for the new mommy. We were the only Christians who went to Murium’s first birthday party. Another time they came to our home to eat. Didn’t God have a good idea?

We did something we called “standing in the street.” We’d watch the kids play and chat with their parents. Anytime we noticed a special need—Dawn needed a job, Seetha’s parents needed a visa to come from India to meet their new baby grandson, the Waters wanted to have their home blessed—we’d pray right there in the street.

One day as we arrived home from work the neighbors were standing in the street, looking dazed. Toni’s mom, who was visiting from Indiana, had just been taken by ambulance to the hospital. Don and I left immediately and found Toni so that we could pray with her. Don went to pray with the mom, too.

That night Toni’s mom passed away. Don was going to be flying to Chicago and driving to Michigan, so he stopped in Gary, Indiana, where he waited on the front porch of the church for Toni and her family to arrive for the funeral. Toni later told us that as they drove up, someone from the family said, “Who’s that White man up there?”

Toni looked and said, “That’s no White man! That’s my neighbor, Don!” She called me early the next morning to talk about God’s plan for our lives.

As we were moving from Maryland, the neighbors gathered for a party. The children did a cheer for us. Then parents asked if we would bless their children. They lined up and knelt before us one at a time so we could pray for them.

When Don died, Sam and Seetha discovered the news of his passing online and sent the word to our friends in Laurel, Maryland. They called me. They came to visit with their three children, two of whom were born while we lived in Maryland. I was able to bless them once again. And the Maryland neighbors were a wonderful support! Still family!

What did I learn? Ask God to show you what’s needed. Write it down. Do it. And don’t forget to pray for your neighbors!

Marti Schneider lives in Texas, where she still has a heart for her community.