What if we could ask Ellen White how she experienced God’s invitation to be a disciple? 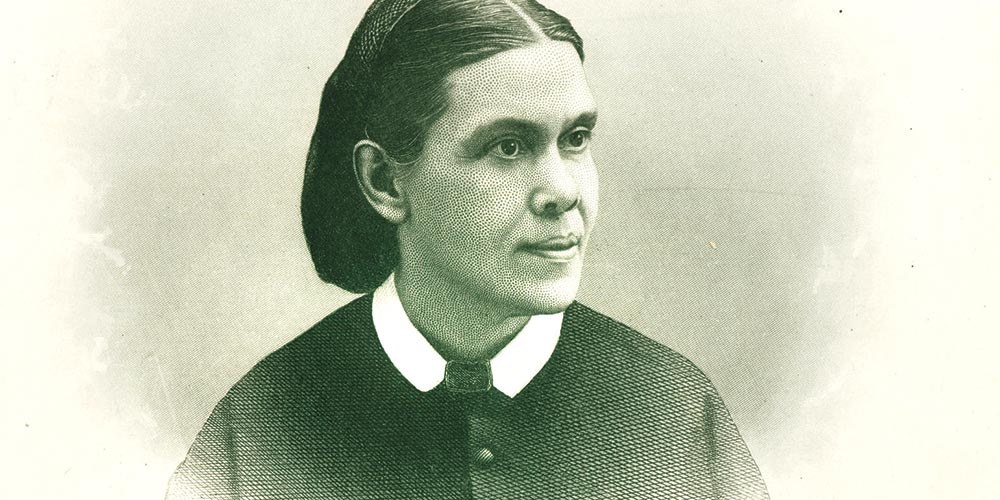 Everyone’s conversion story is different. Long before she became known for her visions and spiritual insights, Ellen White responded to Christ’s invitation as a child. Here she tells us how it happened.
—Editors.

When did you first hear the message of Christ’s second coming?

In March, 1840, William Miller visited Portland, Maine, and gave his first course of lectures on the second coming of Christ. . . . I attended these meetings and listened to the startling announcement that Christ was coming in 1843, only a few short years in the future. Mr. Miller traced down the prophecies with an exactness that struck conviction to the hearts of his hearers. He dwelt upon the prophetic periods, and brought many proofs to strengthen his position.

Were you confident about your conviction, or did you have some struggles or doubts?

When sinners were invited forward to the anxious seat [front pew], hundreds responded to the call, and I, among the rest, pressed through the crowd and took my place with the seekers. But there was in my heart a feeling that I could never become worthy to be called a child of God. A lack of confidence in myself, and a conviction that it would be impossible to make anyone understand my feelings, prevented me from seeking advice and aid from my Christian friends.

Surely, you trusted someone enough to voice your fears and seek counsel.

My brother Robert and [I] were returning home from a meeting where we had listened to a most impressive discourse on the approaching reign of Christ upon the earth. . . . My soul had been stirred within me by what I had heard. And so deep was the sense of conviction in my heart, that I feared the Lord would not spare me to reach home. . . . I tried to explain my feelings to my brother Robert, who was two years older than [I]; I told him that I dared not rest nor sleep until I knew that God had pardoned my sins.

What was his response, and your subsequent reaction to it?

My brother made no immediate reply, but the cause of his silence was soon apparent to me; he was weeping in sympathy with my distress. This encouraged me to confide in him still more, to tell him that I had coveted death in the days when life seemed so heavy a burden for me to bear; but now the thought that I might die in my present sinful state and be eternally lost filled me with terror. I asked him if he thought God would spare my life through that one night, if I spent it agonizing in prayer to Him. He answered: “I think He will if you ask Him with faith, and I will pray for you and for myself.”

How did you, being so young, handle these feelings of doubt and despair?

I spent most of the long hours of darkness in prayer and tears. . . . My hope was so small, and my faith so weak, that I feared if another took a similar view of my condition, it would plunge me into despair. Yet I longed for someone to tell me what I should do to be saved. . . . The following summer my parents went to the Methodist camp meeting at Buxton, Maine, taking me with them. I was fully resolved to seek the Lord in earnest there, and obtain, if possible, the pardon of my sins. There was a great longing in my heart for the Christian’s hope and the peace that comes of believing.

Was there any particular scriptural passage or sermon that gave you encouragement or clarity?

I was much encouraged while listening to a discourse from the words I will “go in unto the king,” “and if I perish, I perish.” In his remarks the speaker referred to those who were wavering between hope and fear, longing to be saved from their sins and receive the pardoning love of Christ, yet held in doubt and bondage by timidity and fear of failure. He counseled such ones to surrender themselves to God, and venture upon His mercy without delay. . . . All that was required of the sinner, trembling in the presence of his Lord, was to put forth the hand of faith and touch the scepter of His grace. That touch ensured pardon and peace. Those who were waiting to make themselves more worthy . . . were making a fatal mistake. . . . It is only by connecting with Jesus through faith that the sinner becomes a hopeful, believing child of God. These words comforted me and gave me a view of what I must do to be saved.

Tell us about that moment you felt true conversion.

While [I was] bowed at the altar with others who were seeking the Lord, all the language of my heart was: “Help, Jesus, save me or I perish! I will never cease to entreat till my prayer is heard and my sins forgiven!” I felt my needy, helpless condition as never before. As I knelt and prayed, suddenly my burden left me, and my heart was light. At first a feeling of alarm came over me, and I tried to resume my load of distress. It seemed to me that I had no right to feel joyous and happy. But Jesus seemed very near to me; I felt able to come to Him with all my griefs, misfortunes, and trials, even as the needy ones came to Him for relief when He was upon earth. There was a surety in my heart that He understood my peculiar trials and sympathized with me. I can never forget this precious assurance of the pitying tenderness of Jesus toward one so unworthy of His notice.

What happened after your conversion experience?

One of the mothers in Israel came to me and said: “Dear child, have you found Jesus?” I was about to answer, “Yes,” when she exclaimed: “Indeed you have, His peace is with you, I see it in your face!” Again and again I said to myself: “Can this be religion? Am I not mistaken?” It seemed too much for me to claim, too exalted a privilege. Though too timid to openly confess it, I felt that the Savior had blessed me and pardoned my sins.