Mark of the Beast?

Identifying this symbol isn’t as complicated as some may fear. 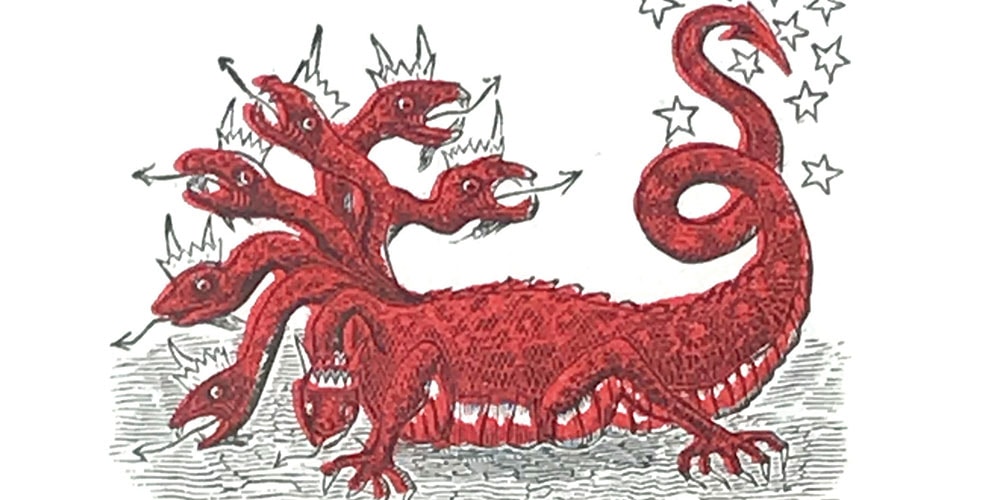 Protestants have long considered the “beast” of Revelation 13:1-10 and 14:9, 11 to be the system of church government that the pope has presided over. Many late eighteenth- and early-nineteenth-century English-speaking Protestants believed that the three angels of Revelation 14 represented a continuing return to truth from beliefs and practices of that apostate system. For some the reformation from medieval church practices had already taken place. But for others, the angels’ proclamations and the realization of the content of those proclamations was still in the future.

The Millerite movement of the first half of the nineteenth century placed much more emphasis on the first and second angels’ messages than on the third: fulfilment of the 2300 days prophecy showed clearly that the hour of God’s judgment had arrived (Rev. 14:7). The Reformers’ exposure of the system of false teachings called Babylon, and major departure out of that system, the medieval church, by those who followed the Reformers’ teaching, showed that Babylon was fallen (verse 8).

But it was principally the conclusion of Sabbatarian Adventists in the middle of the nineteenth century that the beast’s mark (Rev. 13:16, 17; 14:9) would be an identifiable religious phenomenon that contrasted with one that identified God’s true people. Believers were quite conscious of their greater focus on the first two angels’ messages  than on the third. But for them this was entirely reasonable since the third angel is prophetically scheduled after the first and second angels have finished their work. As the text states: “A third angel followed them” (verse 9). Their developing understanding of the beast’s mark grew out of the increased attention paid to the third angel’s message following the Millerites’ great disappointment of October 22, 1844, when Jesus did not return to this earth to transport His followers to glory as they had expected and preached.

Various proposals were entertained with regard to the identity of the beast and its image, including the Papacy and paganism (William Miller’s view), and a double reference to the Papacy (Charles Fitch’s view).

First James White, then by January 1849 Joseph Bates as well, came to embrace Revelation 14:12 as part of the third angel’s message. That inclusion alerted them to the way the three messages, particularly the second and third, set the beast, its mark, and its image over against the followers of God and their obedience to His commandments. The third message showed that beast and image would both share some feature that distinguished their apostasy from the purity of the everlasting gospel. The metaphor of “image” signified that whatever the prophecy meant to identify as image would of necessity have to resemble what it identified as beast.

The beast’s mark would be something borne by that entity no longer identifying with the beast, now distinct from but resembling the beast, and sharing, despite its distinctness, some trait that nevertheless acknowledged the beast’s ascendancy, something that showed the image as bearing the beast’s mark. Hiram Edson came to argue that the establishment of a Sunday law would both challenge freedom of conscience and show the beast’s image as ruling in the same manner that the Papacy had been known to rule. Worshipping the beast would be keeping the pope’s Sabbath, the first day of the week, instead of the Sabbath of the Lord. Thus, legally mandated Sunday worship would constitute the mark of the beast. The “forehead” and the “hand,” where the mark of the beast is received (Rev 14:9), were seen as symbols of a doctrinal and practical acceptance of that day of worship.