Belief in action is both less and more than we thought. 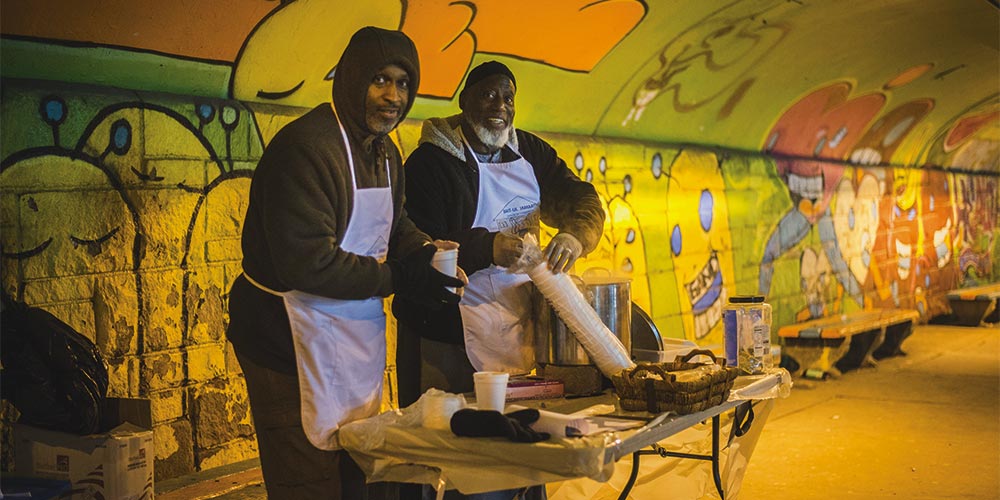 We are a people birthed in hope, with a longing in our ecclesiastical heart for the second coming of Jesus Christ (Titus 2:13). This hope sustains our lives amid the challenges of life. This hope reminds us that we are strangers and aliens in this world, pilgrims passing through on our way to a better home (1 Peter 1:2, 3). Without this hope we simply become another ism, another religious offering in the supermarket of religiosity.

There is another reality, however, a reality of life in a hopeless world: poor neighborhoods I have traveled to where there is no hope; where families I ministered to were just then experiencing the pain of loss, and the pain of loss without hope.

As a Seventh-day Adventist theologian I belong to a church whose soul and psyche and name shout “Hope!” Our faith is faith in the Lord who conquered death and the grave; who guaranteed His promise to return for us by coming out from that hole in the hillside to demonstrate that He is the Resurrection and the Life (John 11:25). We live hope, for we live knowing that His Word is true: “If I go and prepare a place for you, I will come again and receive you to Myself; that where I am, there you may be also” (John 14:3, NKJV).*

So I ask now, as I asked myself then, how can that hope, the blessed hope, make a real difference in the lives of people who often lead hopeless day-to-day lives?

As an answer, I see and hear in the ministry of Jesus the call to a life characterized by two paramount considerations: urgency and practicality. Christ’s teaching on the final judgment in Matthew 25:31-46 is every human’s inescapable challenge to be a harbinger of God’s kingdom in an often hopeless world.

In the parable “all the nations” are “gathered before Him” (verse 32, NKJV). He proceeds to separate all humanity into two, and only two, groups: not according to tribe, ethnicity, size, epoch, status, wealth, IQ, or otherwise. He likens one company to a flock of sheep and the other to a flock of goats. As simple as it sounds, these two companies are so fundamentally different that they are irreconcilable with each other. Their classification here will stand for eternity.

In His report Jesus Himself plays all the tough roles: He is Lord and Ruler, bathed and enthroned in glory and accompanied by a retinue of angels. From His psychologically elevated position He probes as inquisitor and mandates as judge. He also makes major speeches.

He says to the sheep: “Come, you who are blessed by my Father; take your inheritance, the kingdom prepared for you since the creation of the world” (verse 34). And to the goats: “Depart from me, you who are cursed, into the eternal fire prepared for the devil and his angels” (verse 41). Whether of invitation or of rejection, these are definitive declarations, irrevocable sentences. The goats must “go away to eternal punishment,” while the sheep are given “eternal life” (verse 46). But neither sheep nor goats can fathom why “the Son of Man,” all arrayed “in his glory” (verse 31) relates to them as He does.

WHAT ALL THIS MEANS

The Son of Man coming in glory references imagery from Daniel 7:13, 14. This Son of Man, both king and shepherd, is a union of awesome royal power and meek solicitude toward just one person. From the throne, He uses His authority to separate His flocks all grazing in the same pasture. The sheep receive the place of honor and inherit God’s kingdom (Matt. 25:34).These sheep, the blessed ones, demonstrated their faithfulness by performing acts of loving-kindness, apparently without even knowing what they were doing. They lived both urgently and practically because this was in fact how Jesus lived.

The blessed ones of the parable performed practical deeds of mercy with no idea that they were ministering to Christ. Jesus says that whenever they gave food to the hungry, welcomed strangers, clothed the naked, or visited those sick or imprisoned, they acted in kindness toward Jesus Himself. They simply blessed others with whatever blessings God gave them.

On the other hand, those who have ignored the needs of the disadvantaged insist that they have never seen Jesus. They have not followed in Christ’s footsteps. They have not continued to do the work that the Master has called them to do (Matt. 24:45-51). They have not displayed the spirit of the meek and mighty King-Shepherd.

In this parable, judgment is based on “unknowingly” seeing Jesus in other people and serving them by meeting their specific needs:“Then the righteous will answer him, ‘Lord, when did we see you hungry and feed you, or thirsty and give you something to drink?When did we see you a stranger and invite you in, or needing clothes and clothe you? When did we see you sick or in prison and go to visit you?’

“The King will reply, ‘Truly I tell you, whatever you did for one of the least of these brothers and sisters of mine, you did for me’” (Matt. 25:37-40). It is astounding that the King-Shepherd identifies with the least in such a concrete way. The King sees Himself in others. To live urgently and practically for Him means living with spiritual specificity: value the one person in need.

By personally, intimately, and spiritually knowing the One who is coming a second time, we are equipped to serve and meet human need the first time the opportunity presents itself. To live urgently, hopefully, and practically in the face of human brokenness is to know that time is short (Rev. 12:12), and to “unknowingly” see this same Jesus who will come in the future in His people in the present. His coming is at the door, not uniquely because of the “signs of the times” or a prophetic timetable but rather because He said so (Rev. 22:12), and we know that His word never fails.

To live urgently and practically is to realize that so many don’t know Christ, and to seize the joyful privilege of loving them just as we love Christ. Far from making us irrelevant and alien, or uselessly preoccupied with only celestial things, the blessed hope compels us to act in loving service to and for Jesus right here and right now.

*Bible texts credited to NKJV are from the New King James Version. Copyright © 1979, 1980, 1982 by Thomas Nelson, Inc. Used by permission. All rights reserved.