Lessons on a Trip

One little boy and more led to some simple truths.

I’m not fond of heights. I’m not petrified, but if given the opportunity, I’ll avoid them. This past summer when my family took a trip to British Columbia and Alaska, I discovered it wasn’t uncommon to find yourself on a mountain. The higher the better, it would seem, because clearly it’s all about the view. Since my traveling companions didn’t have similar issues with height, they planned excursions around places that involved being off the ground.

Capilano Suspension Bridge Park is in Vancouver, British Columbia. Our group thought it would be a lovely place to spend Sabbath. And they were right. It’s beautiful—a lovely forest with huge trees and wooden boardwalk paths with reflecting ponds. But people don’t go to Capilano Park for these features. As its name might suggest, they go for the bridge. A suspension bridge.

As you might suspect, I wasn’t a fan of this adventure. Initially I said, “No.” I would wait for the others. There were, however, two important factors to consider. First, there’s more to this park, but most of it is on the other side of the bridge. If you come and you don’t cross the bridge, you’re spending all your time watching people go through a gift shop or buying hot dogs. Second, there was my 6-year-old grandson, Connor.

While the adults in our group were having a bit of fun with my fear along with a mix of encouragement, Connor simply came up, took my hand, and said, “I’ll walk you across, and you will be safe. Just take my hand.”

I had a death grip on the bridge, and people stacked up behind us because we were moving so slow (in the picture, left/middle, I’m in a white jacket with blue backpack; Connor is just in front). And yes, the bridge swayed side to side and up and down, especially when someone thought it would be fun to jump on it. But that leads me to the first lesson.

Lesson One: Be Supportive

To be totally honest, Connor made the trip across the bridge more challenging than it might have been because of the difference between his height and mine as well as his idea that pulling me across was the best option; but he held my hand and asked me to trust him. For me, that was worth crossing the bridge. When we come across those who are frightened or need help, be supportive. Do your part, even if it means only holding someone’s hand.

On the following weekend we were back in Vancouver again. Of course, someone in our group thought an excursion up a mountain in a gondola would be super fun to do. This time I drew the line. Even though there was much cajoling, I sat contentedly at the bottom and read a book while the rest of the group went up the mountain. When grandson Connor came down, he ran over to me and said, “I have something for you, Grammie. I didn’t want you to miss out even though you were scared. I made this for you.” He then produced the old cell phone he was given to take pictures and videos, and on his own, with no prompting from his parents, he made a video of the gondola trip.1

Connor’s thoughtful video of the Sea to Sky Gondola experience continues to make my stomach lurch each time I watch it, but it also reminds me that this little boy didn’t judge my fear; he thought only of a way to make me feel included. And it worked! I didn’t go on the ride, but I could understand when the rest of the group chatted about their experience. How often do we think of including others? Just a small thing, but it can make a big difference.

One of my favorite excursions during our trip was going gold panning. It was said we were working in the very stream where it all started. Reportedly, 1,000 pounds of gold were taken out of these waters and carried down the mountain, launching the Gold Rush of 1896. A school bus driver from Texas who drove all the way to Alaska to spend his summer leading tours and panning for gold acted as our teacher and guide (shown at right).

A 30-minute process of panning for gold yielded about 20 gold flakes, which I was able to bring home. For a moment I felt lucky and rich. I must admit that it was a bit addicting. The water temperature was about 37 degrees (Fahrenheit) and it was raining, but I could have stood there longer hunting for buried treasure.

But in this case I’m not referring to a treasure that fades or can be lost or stolen, but to one that lasts. Studying the Scriptures is just like panning for gold. It isn’t a quick process. It takes time, skill, and care. But be someone who invests their time in digging for scriptural golden nuggets and store up your treasure in heaven.

My family went to Alaska with preconceived ideas that originated with calendar pictures, social media, and YouTube. We thought that the sun shone every day in the summer and that there was an animal around every corner. In reality, Alaska can be wet—very wet. Annual rainfall in the areas we visited is 10 feet or more. There was thick cloud cover where sometimes the clouds were no longer in the sky but literally hovering off the ground, giving a new meaning to walking in the clouds. While we were there, the temperatures never got much higher than 58 degrees (Fahrenheit). And animals? For us, nary an animal or bird, unless you paid someone to go find them.

One of our excursions was a boat ride to find sea otters and whales. The rain was persistent for most of the trip. I prayed to see a whale. I wasn’t asking for much. Just one whale that would pop up alongside the boat and we’d all go “Wow!” We’d snap our pictures and rejoice. But for a long time what we saw were only whale flukes. I’d prayed to see a whale, and it also was my birthday, and for whatever reason God hadn’t seen fit to answer that prayer in spite of my circumstances. But at the end of the day I joined up with my daughter, who’d taken a similar but separate excursion. She and her husband had seen two whales, no tails, but they were too far away for pictures. And the boat had been so rocky that people had gotten seasick. We’d had smooth waters and had seen seven whales, with the opportunity to get several tail shots.

My prayers had been answered. No, the whales didn’t jump out of the water or swim alongside the boat, but if you saw in the news what happened in Plymouth, Massachusetts, in July 2022, where a whale breached right next to and fell on top of a boat, one realizes that not having a whale jump up right next to your boat might actually be a good thing.

And finally, I mentioned the weather. For the first couple of days of our vacation it was a tad discouraging. Cold, wet, clouds, rain, and more clouds. But my mind kept remembering when we first flew into Vancouver. It was the beginning of sunset on Friday evening. We hadn’t planned on arriving so close to the Sabbath, but our airline had other ideas. What we saw was a spectacular scene of the sun beginning to set across the clouds. But as the plane descended, all the splendor disappeared, and it became dark, rainy, and overcast. There was no beauty, yet we knew it was there, just above us, because we’d just experienced it.

I realized that no matter how dark and dreary our days, how cold or rainy it is, how much the sun is hidden from our eyes, from heaven’s vantage point (top down) the sun is always shining, and the clouds are always fluffy and white. It’s always on the other side waiting.

Even in our darkest hours we can remember the blessings that God has given us, just as we experienced beauty before darkness. This becomes the most important lesson of all—God is there. He’s always the same. And He’s prepared a place that elevates us beyond this earth and all its dreariness.

Oh, and then I won’t be afraid of heights anymore!

1 To view Connor’s video, see the online version of this article at adventistreview.org/feature/ lessons-learned-on-a-trip-to-alaska.

2 To see footage of this event, go to https://www.youtube.com/watch?v=5LT4bE6vXc8 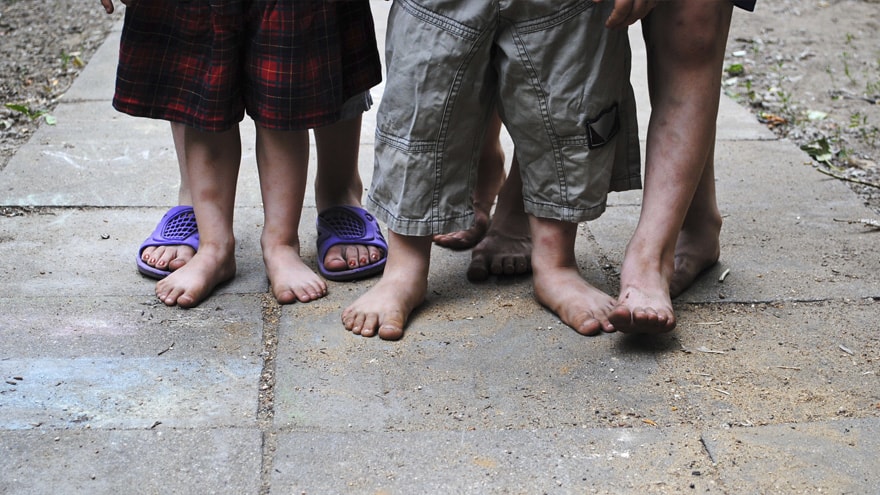 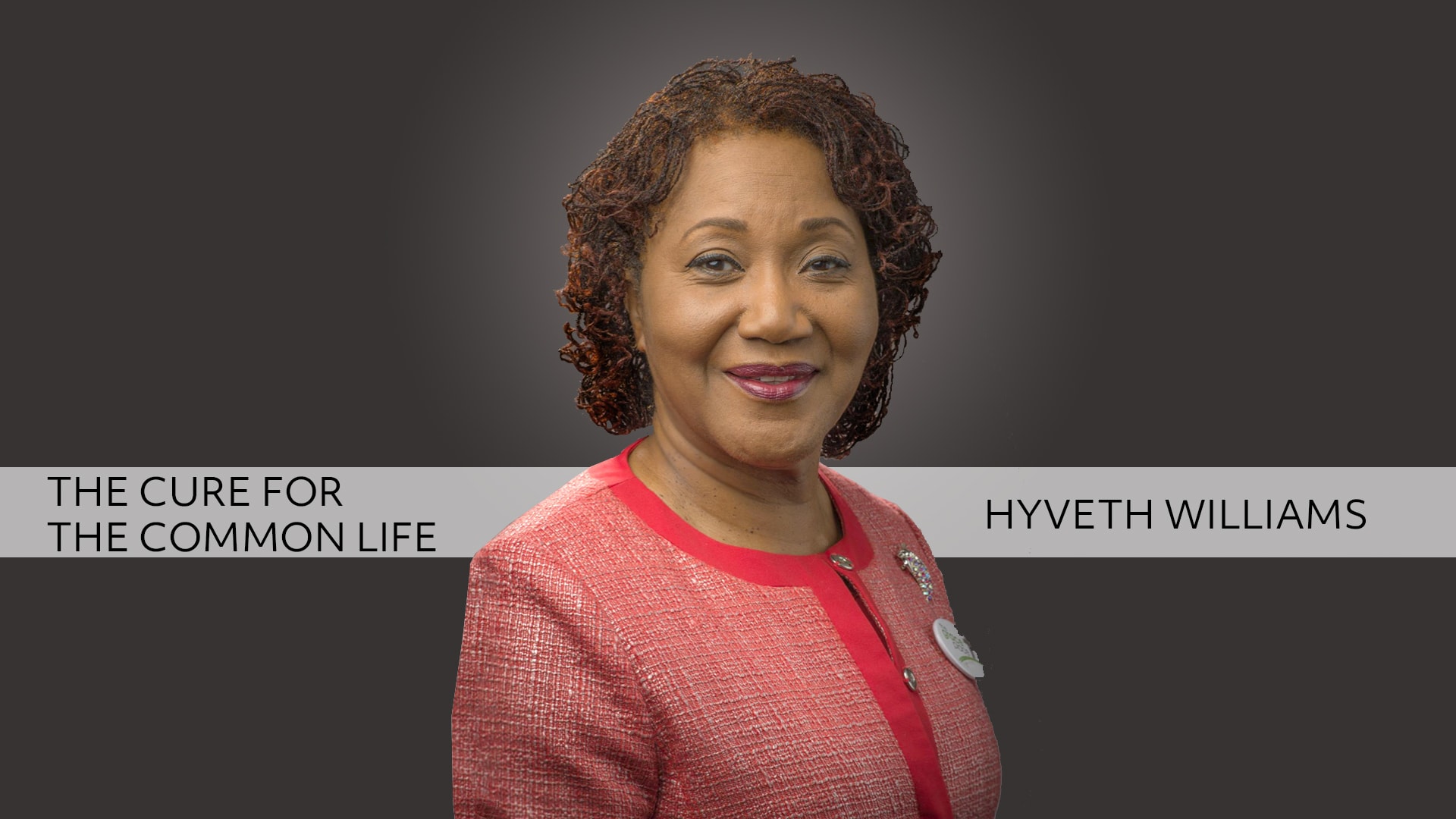