Would he stand up to the scandal? 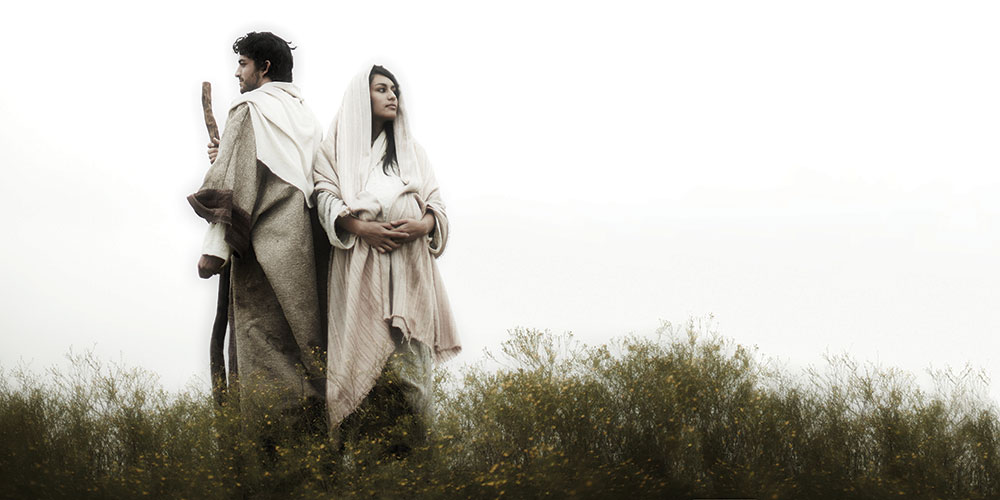 Mary’s pregnancy was a huge surprise to everybody else, but not to her. She had been told the plan and agreed to it (Luke 1:38). To her fiancé, Joseph, on the other hand, this was a crisis pregnancy: he responded to what was now his crisis by planning to “send her away secretly” (Matt. 1:19, NASB).1 He could have walked away from this embarrassment, severing any obligation to Mary or her child.

As Joseph Saw It

We get most of our information about Mary and the birth of Jesus from the Gospel of Luke, which tells the story from her viewpoint. But Matthew’s account is from Joseph’s perspective. From Matthew we learn that while planning to walk away, Joseph was informed by an angel: “Do not be afraid to take to you Mary your wife, for that which is conceived in her is of the Holy Spirit” (verse 20, NKJV).2 Isn’t it interesting that the angel’s message doesn’t focus on Mary, on her goodness or need of help? Instead, the focus is on the baby conceived inside her. The baby is to drive the decision, not the crisis that Joseph is experiencing. This very special Child of God, the angel goes on to say, “will save His people from their sins” (verse 21, NKJV).

Perhaps Joseph responds to this mind-changing revelation because of his own lineage. Matthew lays out Joseph’s genealogy before getting to the story of his crisis. The Bible provides some startlingly seamy history in the lineage of a “just man” such as Joseph (verse 19, NKJV), particularly the record of several ancestors who were conceived under startling circumstances.

This seems both harsh and contrary to standard Scripture principles. Bible commentaries continually struggle with it. The Bible and valid Christian practice point unambiguously toward caring for every person, no matter the circumstances of their conception, their social status, who their parents were, or the nation in which they were conceived. In the very next chapter Moses says, “Fathers shall not be put to death for their children, nor shall children be put to death for their fathers; a person shall be put to death for his own sin. You shall not pervert justice due the stranger or the fatherless, nor take a widow’s garment as a pledge” (Deut. 24:16, 17, NKJV).

On principle, children are not responsible for the sins of their ancestors. The call to protect fatherless children along with the requirement of equal justice for foreigners is echoed repeatedly throughout the Bible.

A crisis pregnancy didn’t make Joseph a real man and an example of Christianity. His reaction did.

I don’t know exactly what Moses was talking about in Deuteronomy 23 when it comes to illegitimate children, and I am happy to leave that debate in the hands of theologians, even if they don’t appear to have arrived at a consensus. What is clear in the Bible is that God cares for every child conceived. God named Jesus before His conception (Luke 1:31; 2:21), just as he named John the Baptist (Luke 1:13) and others, including pagan king Cyrus of Persia (Isa. 44:28; 45:1). God knew and had a plan for each of these children, just as He does for every other baby ever conceived, including you and me.

Undoubtedly, Joseph would have been aware of much of this, even as his own lineage contains examples of the very people banned from “the congregation of the Lord for ever.” Precisely what Moses meant by the Hebrew word mamzer (Deut. 23:2), translated as “illegitimate” or “bastard,” may be a matter of debate. But it is clear that Joseph’s lineage contained people conceived under circumstances that the Pentateuch frowns upon. Isaac was a product of genetic incest (Gen. 20:11, 12), as was Moab (Gen. 19:36, 37), ancestor of Ruth the Moabite—of the very nation Moses said couldn’t ever enter the congregation. Ruth married Boaz, the son of “Rahab the harlot” (Joshua 6:17, 25; James 2:25; Matt. 1:5); they were ancestors of King David, an ancestor of Joseph. Perez—product of nongenetic incest between Judah and Tamar—is also an ancestor of David. Each may have been conceived under less-than-ideal circumstances—in some cases clearly crisis pregnancies—or come from the wrong nation; but every one of them is presented as valuable, even noble, in Scripture.

It is almost as if Matthew goes out of his way to point out Joseph’s ancestors who were products of “crisis” pregnancies. Joseph’s family tree contains multiple people who could have said exactly what David wrote when repenting of his sin with Bathsheba and solving her crisis pregnancy with the murder of her husband: “I was brought forth in iniquity, and in sin my mother conceived me” (Ps. 51:5, NKJV); yet he remains a celebrated ancestor of Joseph and Jesus. Ironically, the conception of Jesus may be the only conception that with certainty cannot be described in this way.

Now, Joseph was not genetically the father of Jesus—that is what created the crisis in the first place. Nevertheless, he was considered to be Jesus’ father (Matt. 13:55). From his ancestry he would have understood that good people can be conceived under the most unfortunate circumstances. I wonder if he had this in mind when he made that amazing decision. He may not have been Jesus’ genetic father, but he chose to become a father to Him.

As Mary, Jesus’ genetic mother, was also a descendant of David, we see that God used people conceived under circumstances inconsistent with His will as genetic ancestors of His Son, the sinless Savior of the world.

And what of our own pedigree? If we searched, we would promptly find that we all descended from sinners much like ourselves: the queen of England is a direct descendant of William the Bastard, as he was known before he became William the Conqueror.

Yet none of us need feel ashamed of our ancestry or justified in dehumanizing someone else because of the circumstances under which they came into the world. Joseph is a model for us today because he valued Jesus enough to marry Mary and care for her along with the Christ Child. By becoming the adoptive father of Jesus Christ, Joseph modeled exactly what Christ won for each of us through His life, death, and resurrection. A legitimately adopted child cannot be a bastard. As the apostle Paul put it: “[God] chose us in [Jesus] before the foundation of the world, that we should be holy and without blame before Him in love, having predestined us to adoption as sons by Jesus Christ to Himself, according to the good pleasure of His will” (Eph. 1:4, 5, NKJV). “Behold what manner of love the Father has bestowed on us, that we should be called children of God” indeed (1 John 3:1, NKJV)!

A crisis pregnancy didn’t make Joseph a real man and an example of Christianity; his reaction did. Society offered him more convenient options: he could have walked away, leaving Mary and the baby to an uncertain fate. Instead he modeled Christianity and took on what may well have seemed an impossible challenge. The child was unplanned and Joseph was solidly working class, with limited resources for the child’s care; practicality and pride shouted “walk away,” but Joseph chose life because he understood the value of the child.

Joseph embraced a challenging responsibility, and God sustained his family against the most extreme attacks the devil and his agents could bring against them. The record of this just man’s experience in caring for the Christ Child teaches the value of one innocent’s life even at its most vulnerable. Joseph’s conduct offers noble guidance for dealing with a crisis pregnancy. It models God’s solution to crisis and demonstrates His love for all children and shows that Christ deserves to be the center of our thinking not only in reflection of His death and intercession for us, but even in contemplation of His infancy.

Christ-centeredness in the church I want to belong to models the faith Joseph exhibited in adopting the Christ Child; a faith that acts like God Himself in treating every baby conceived as our own child, irrespective of the circumstances: Christ came to earth and sacrificed Himself so that every one of us, babies included, might have life, life in all its fullness (see John 10:10).

Commentary
The Chosen
If we’d been allowed to choose the mother of this world’s Savior, who would we pick? 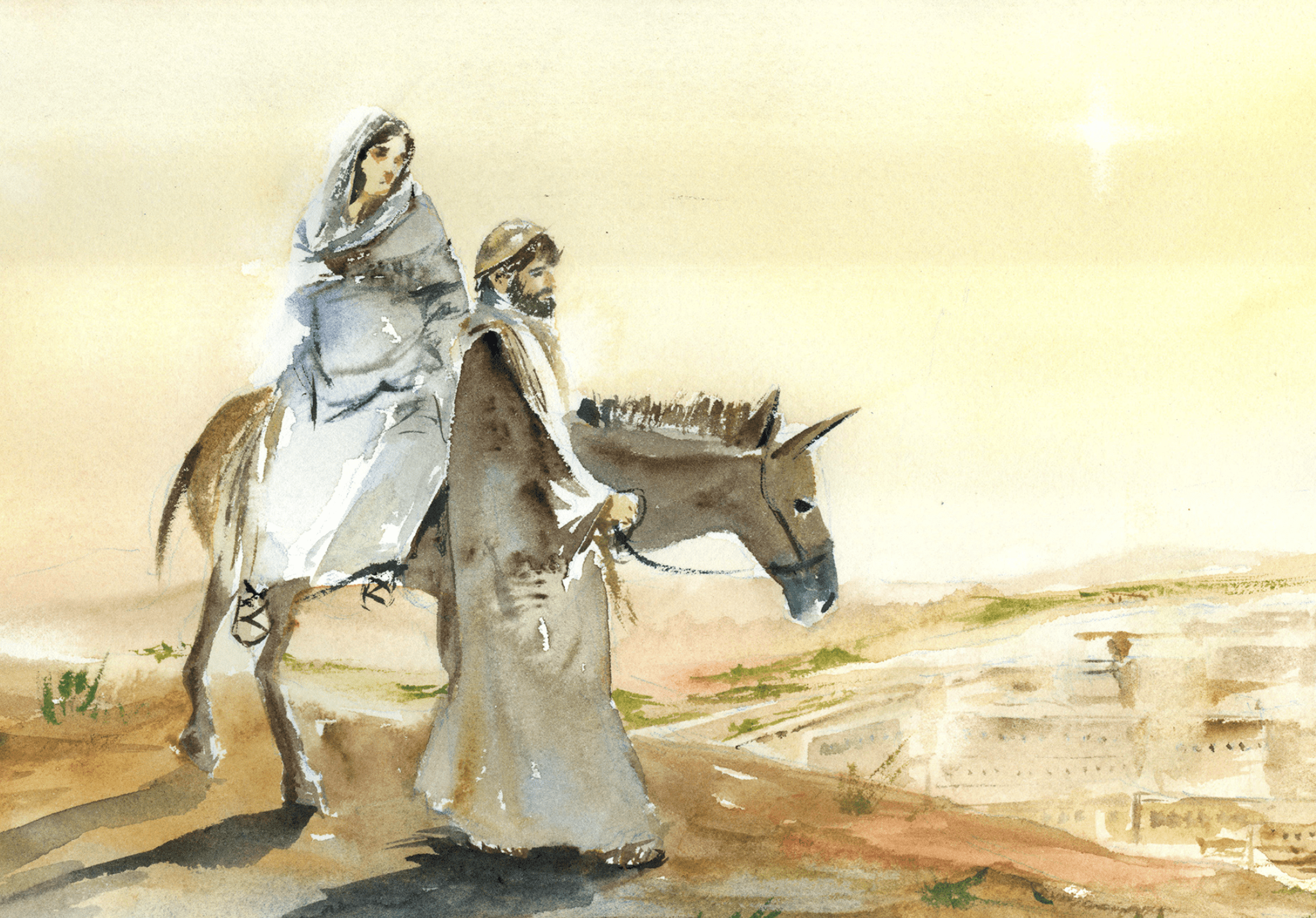