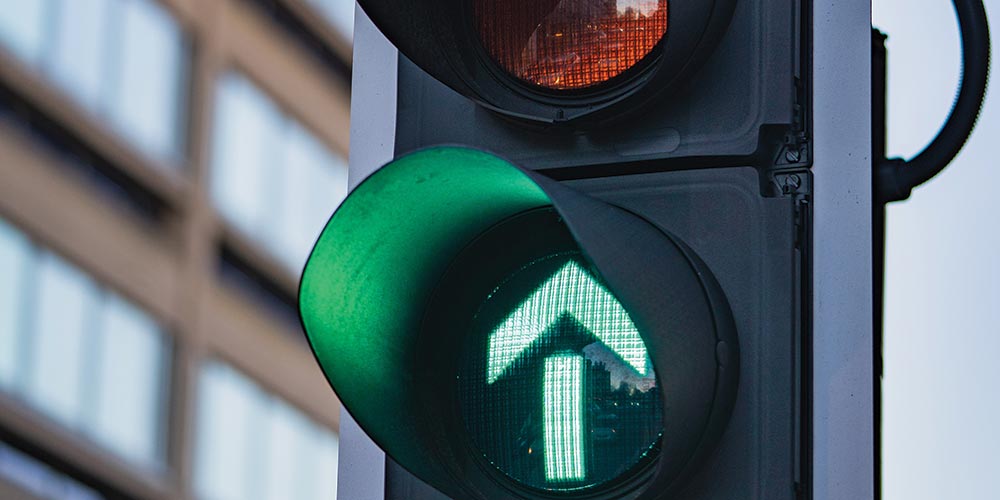 One day, Mr. Jonah, a small-town man from Gath-hepher, ran off to the seaport of Joppa on a mission to avoid an assignment in big city Nineveh. I imagine he scanned the sailing times for ships, searching for the best option. Perhaps there were tantalizing discounts for prophets, even minor prophets. Finally, a ship bound for Tarshish caught his eye. He thought he’d purchased a standard Mediterranean cruise, but soon discovered that it included free underwater adventure activities.

We don’t know much about Mr. Jonah. He came from an insignificant village—Gath-hepher—near Cana, in Galilee. Prophets often had to deliver bad news, but Mr. Jonah got to prophesy good things, such as the restoring of Israel’s boundaries (2 Kings 14:25). There, in his quiet rural parish, he quietly did the things minor prophets did. But then God turned his little world upside down: “Go at once to Nineveh, that great city, and cry out against it” (Jonah 1:2).1

Israel was a whole world away geographically, culturally, and religiously from Nineveh. This pagan city, capital of the Assyrian Empire, was one of the largest in the ancient world. Another prophet, Nahum, described it colorfully: “Ah! City of bloodshed, utterly deceitful, full of booty—no end to the plunder! . . . Who has ever escaped your endless cruelty?” (Nahum 3:1-19). No doubt Jonah had heard stories of the brutality of the Assyrians and their finely nuanced methods of torture and killing. Certainly no place for a small-town prophet to run public evangelistic meetings. So he began his Mediterranean cruise. Mr. Jonah’s response was clear: “I will not go.”

I Will Go: Objectives

I Will Go is summarized in 10 key objectives, and the full plan also contains workable specifics. There are four mission objectives—with 24 Key Performance Indicators (KPIs), three spiritual objectives—with 20 KPIs; and three leadership objectives—with 15 KPIs. KPIs are vital to a strategic plan because they provide concrete action steps that will be measured toward achieving the key objectives.

A common error in strategic planning is to confuse action steps with the goal. Consider KPI 2.4: “At least one Center of Influence operates in each urban area of 1 million people or more.” Urban Centers of Influence are terrific initiatives, but they’re not our goal. Rather, they’re just one important action step to achieve objective 2: “To strengthen and diversify Adventist outreach in large cities across the 10/40 Window, among unreached and under-reached people groups, and to non-Christian religions.”

Yes, we need to carefully pray and plan in establishing Centers of Influence. But they’re only one step toward a larger goal to “Arise and go.”

Several centuries later, God issued a mission call in Joppa (Acts 9:36-43). This time it’s to a man Jesus nicknamed Simon, son of Jonah (Matt. 16:17). The man is Peter, and the location is only the first of many parallels between Gath-hepher’s Jonah and Simon, son of Jonah.2

Although the theme of God’s strategic plan to reach all peoples is woven throughout Scripture, somehow it had been overlooked. God had to shatter the comfort zones of Jonah and Peter, Simon bar-Jonah, and introduce them to the wideness of His mercy. With Jonah he uses a fish (Jonah 2:1). With Peter He uses a vision of unclean animals (Acts 10:9-16). In both cases the Gentiles—Nineveh (Jonah 3:5) and Cornelius’s household (Acts 10:43)—believe and are forgiven. But in both cases there’s also a hostile response. In the story of Jonah, he’s the one who responds with hostility; in Peter’s case, it’s the leaders in Jerusalem (Jonah 4:1; Acts 11:2).

But most significantly, God gives Jonah and Simon Bar-Jonah exactly the same command: “Get up, go” (Jonah 3:2; Acts 10:20). God’s command echoes down the centuries to us today. “Get up” tells us to move from our current position into an active stance. “Go” tells us what to do. It’s God’s briefest job description.

The Reach the World: I Will Go strategic plan is the Seventh-day Adventist Church’s response to God’s call to “arise and go.” It’s a five-year plan that builds on and updates the previous Reach the World strategic plan. It’s the result of many hours of prayerful work by a special Future Plans Working Group at the General Conference, which was guided by extensive qualitative and quantitative research of the world church. The draft plan was taken to the General Conference Executive Committee for consideration, and the final version was voted in October 2019. I Will Go represents our best attempt to set a direction for being a church that faithfully participates with God in the world today.

The Seventh-day Adventist Church’s official mission statement says: “Make disciples of Jesus Christ who live as His loving witnesses and proclaim to all people the everlasting gospel of the three angels’ messages in preparation for His soon return.” The I Will Go plan connects to that goal, and is framed as a positive affirmation to join Jesus in His continual mission of healing and redemption. It’s also a candid acknowledgment that in many areas the church needs to improve. It’s not some type of edict, trying to dictate how every part of the church must do its work. Instead, world divisions are encouraged to adapt the plan to their situations, aligning resources with key objectives.

I Will Go is a thoughtful tool to help us respond the best we can to God’s call and to what current data show us.

The I Will Go strategic plan is a response to issues, to enhance our effectiveness in answering God’s call.

In 1935 a memorial service was held for A. G. Daniells, former General Conference president. One of the speakers at the service, F. M. Wilcox, looked back on the life of Daniells and praised his “clear vision.” Wilcox said: “He proposed means and measures which might be adopted, he presented concrete and workable plans.”4 Note the phrase “concrete and workable plans.” They’re the kind of plans we still need. Not plans dreamed up in some committee and forever buried in the minutes. Not plans gathering dust on shelves. Plans that will work.

I Will Go is not an addition to the canon of inspired writings. It’s a workable instrument to help the church focus on priorities and be more effective.

“Well, I have different priorities,” you might say. And so you should. Each of us must take responsibility for our own lives, aligning who we are and what we do with biblical, Christ-centered principles. Different church entities also carry specific strategic priorities unique to their situations and spheres of influence. Many wonderful mission and discipleship endeavors will not be directly mentioned in this plan.

But surely every church institution, church, and church member can join in and support the direction of I Will Go. You don’t have to be a foreign missionary, for example, to accept the call of reviving “the concept of worldwide mission and sacrifice for mission as a way of life” (objective 1). Worldwide here includes unreached people groups of the world and our local neighborhood. Mission includes preaching and teaching, and also caring for people on the margins, such as orphans, widows, and the poor. Sacrifice includes our mission offerings, and it also includes our time. Way of life means the trajectory of our lives, not a series of events. It’s something we’re all called to do.

Improvising on a Theme

King Frederick the Great of Prussia once tried to play a trick on the great composer and musician Johann Sebastian Bach. The king told his court musicians to create a tune that would be terribly difficult to turn into a fugue—a musical composition with several interweaving melodies. Bach didn’t hesitate. He sat down at the keyboard and improvised on the spot. He effortlessly composed a fugue with three different intertwining melodies. The king and his musicians were dumbfounded. Then a few weeks later, Bach sent the king a written-out fugue on the same tune—but now in six parts. Six separate and distinct melodies, uniting together, and all based on one exceedingly difficult tune. Howard Goodall says that this is still “considered by musicians and composers the greatest, most complex feat of counterpoint of all time.”5

For Bach, music was a religious exercise. “He believed what he was doing was the musical embodiment of God’s master plan for humankind,” writes Goodall, “a recognition of the intricate mathematical beauty of the natural order as ordained by the Almighty.” It was with good reason that Bach wrote the words Soli Deo Gloria, Glory to God Alone, at the end of each of his compositions.

TheI Will Go plan is like sheet music. Sheet music contains detailed information, but how it’s translated into actual music depends on how it’s interpreted. A skilled musician such as Bach can go further than mere interpretation—improvising on the melody, creating something totally new. I Will Go lays out key objectives in an organized plan. By the grace of God, one church, varied yet united and spread all over the world, will turn this gospel initiative into audible and compelling music with different harmonies, tempos, rhythms, and improvisations, all to the glory of God alone.6