The opposite of weakness is strength. Or is it? 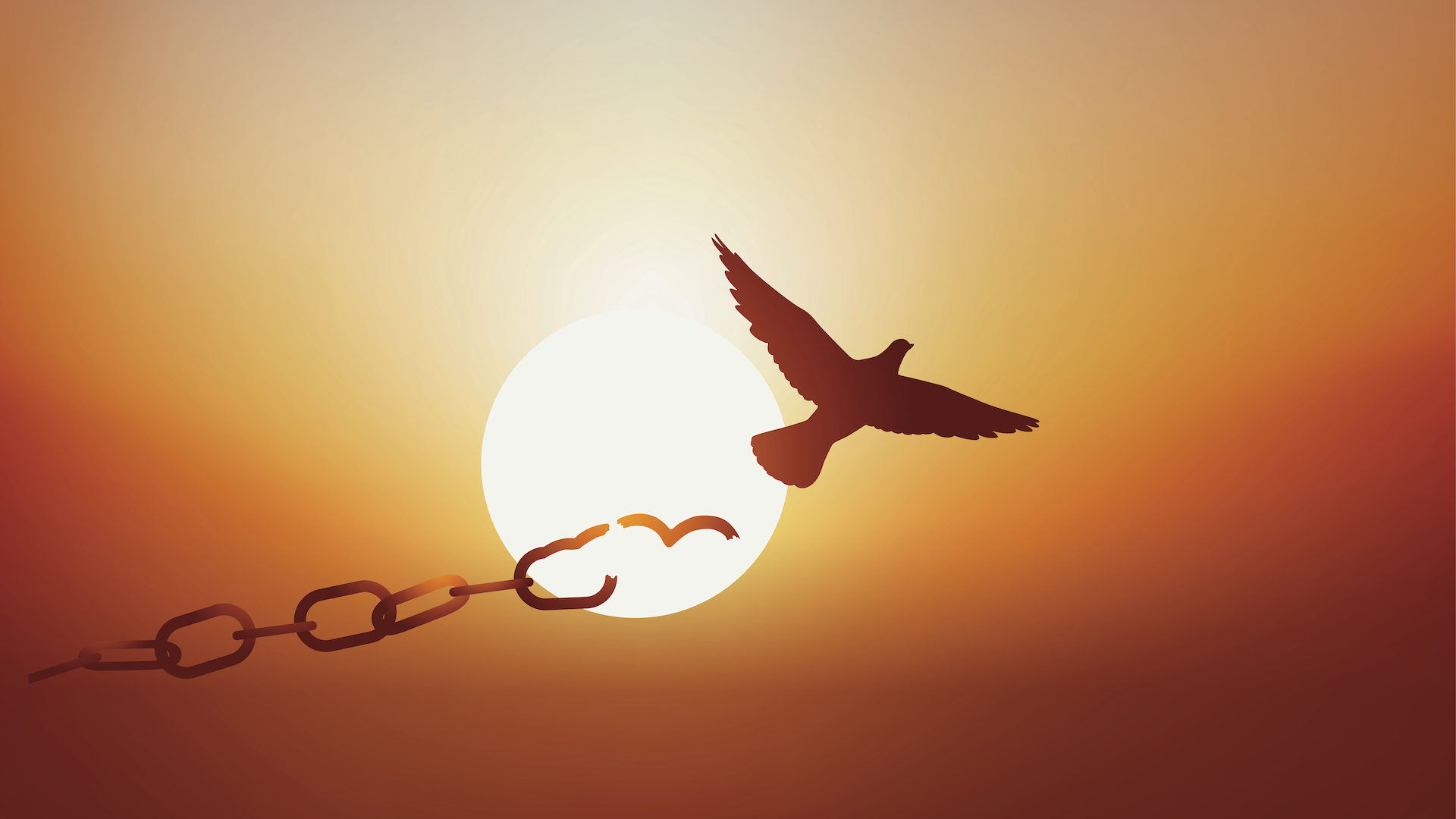 The recent months have shaken us out of complacent routines, shallow security, and mindless consumerism. After two years of a global pandemic, we are now confronted with war in Europe 77 years after the end of World War II. What has happened to peace? The hope for peace has driven many political initiatives and consultations. We seem to believe that if people are talking to each other, they will be less prone to hurting each other—both physically and emotionally.

Yet today, and also historically, all the consultations and conversations and conferences and crisis summits have not resulted in resolving our constant conflicts and struggles. Peace appears to be as elusive as ever.

Shalom, the Hebrew word for “peace” and “well-be-ing,” is often used to describe something that goes far beyond the absence of conflict. Bible scholar Willard Swartley reminds us that the term has also a moral dimension, “standing against oppression, deceit, fraud, and injurious actions.”1 Shalom is the opposite of deceit (Ps. 34:14; 37:37; Jer. 9:8), denotes innocence from moral wrongdoing (Gen. 44:17; 1 Kings 5:12), and is often paired with justice (Isa. 59:8; Zech. 8:16-19) and righteousness (Ps. 72:7; Isa. 60:17). People in biblical times greeted each other with “Shalom,” wishing health and well-being to a neighbor or stranger. Shalom was a way of life and closely associated with the Creator.

Peace was also an ever-present aspiration in the world of the first century A.D. The well-known Latin phrase pax Romana (“Roman peace”) is used to describe Roman political rule in the Mediterranean world beginning with the reign of Caesar Augustus and lasting for the next two and half centuries.2 Augustus’ ideal of the pax Romana focused on security, stability, material prosperity, and administrative efficiency. A strong central Roman power would guarantee its citizens and all the conquered people living in the Roman Empire peace and security and all the material blessings associated with that. That, at least, was the idea behind pax Romana.

Reality looked distinctly different. The Roman author Tacitus (c. A.D. 56-120) recognized that many non-Roman people groups experienced the pax Romana as brute force and spoke instead of vis Romana (“Roman power” [Tacitus, Annals 3.60]). Overwhelming military power focused on Rome as the Empire’s center and was designed to guarantee a fear-induced peace, governed by Rome-appointed prefects or client kings—such as Herod Antipas, who ruled with Rome’s permission over Galilee and Perea (cf. Matt. 14:1-12). Peace was the result of the application of power and control. Good prefects and client kings offered their subjects a more acceptable experience of the pax Romana, while abusive governors often enjoyed unchecked control and benefited themselves more than their subjects.

Jesus actively engaged this world and mindset when He began to preach in Galilee. “ ‘The time has come,’ he said. ‘The kingdom of God has come near. Repent and believe the good news’ ” (Mark 1:15, NIV). His kingdom language sounds like a declaration of war challenging the ruler of this world, Satan, and his political and religious henchmen found in all cultures and places. It was Jesus’ opening salvo in an ever more furious battle for the hearts of human beings that we often call the great controversy.

Many followers of Jesus—including His disciples—anticipated that Jesus would finally break the hated pax Romana and that Israel, God’s chosen people, would, once again, be a powerful and respected nation on the world stage whose temple services would draw the nations.

Jesus’ mission, however, didn’t aim to undo the pax Romana—or any human pax designed to solve the world’s problems. His message about the kingdom of God focused on physical, mental, and emotional healing. Destruction was not His currency. Shalom was.

When Isaiah’s long-anticipated “Prince of Peace” (Isa. 9:6), poised on a mountain, shared with His followers the principles of His kingdom (Matt. 5-7), many began to wonder about these teachings. They understood about loving their neighbor, but loving their enemies (cf. Matt. 5:43-48)? Radical love, as demonstrated by Jesus’ coming and illustrated by His healings and caring concern and embrace of the downtrodden, the outsider, the powerless, or those mourning, just felt too radical.

Jesus’ promise of shalom had nothing to do with empire peace or political control. In fact, as we listen to His message in the Gospels, we may wonder what He really meant. In Matthew 10:34 Jesus exclaims, “Do not suppose that I have come to bring peace to the earth. I did not come to bring peace, but a sword” (NIV). Luke’s parallel retelling offers a helpful direction as to how we should understand this challenging statement, for Luke speaks of “division” instead of a “sword.” Jesus’ message inherently brings conflict and tension—and can even divide families, societies’ most basic nucleus. His kingdom message challenges us to make a decision: do we give the Prince of Peace full control of our lives, or do we retain the power to veto His priorities and His values when they come into conflict with ours? God’s shalom was associated with God’s kingdom working its way from our hearts to our heads and hands—and then transforming families and communities. This message ultimately determines where we stand in God’s final judgment: either on His side—together with other members of God’s family—or on the side of God’s opponent, proffering his global version of the pax Romana working through manipulation, extortion, and power politics.

My Peace I Give You

Jesus knew about the human need to find shalom in a world dominated by unrest, fear, pain, discontent, conflict, and war. John records some of Jesus’ most tender promises to His disciples, given just days before His crucifixion. “Peace I leave with you; my peace I give you. I do not give to you as the world gives. Do not let your hearts be troubled and do not be afraid” (John 14:27, NIV). While some have interpreted this mainly as a farewell greeting, it “is the peace which garrisons our hearts and minds against the invasion of anxiety (Phil. 4:7), and rules or arbitrates in the hearts of God’s people to maintain harmony amongst them (Col. 3:15).”3

Jesus reminds His followers that His peace has a different quality and texture from the kind of peace most people dreamed about. We can hear an echo of the Aaronic priestly blessing (Num. 6:26) to Israel. The God who lets His face shine upon His people will not leave His followers peaceless. He is always ready, willing, and able to help our hearts to find the rest and peace we need.

Jesus’ promise did not only address the fears and uncertainties of His disciples. The promise of His peace has continued to encourage and comfort countless people living in the post-resurrection reality over the past two millennia. Divine peace is wrought by the Comforter, the Holy Spirit, whose presence Jesus promised in the same chapter (cf. John 14:16-18, 26). The peace that God’s Spirit works in our hearts is Jesus’ peace, transcending all human understanding (cf. Phil. 4:7) and imagination.

God’s peace—and God’s love (John 14:21; 15:9, 10; 17:26)—are hallmarks of God’s church on this earth. Jesus knew that both peace and love will attract others seeking to find forgiveness, grace, and deeper connections. The story of the early Christian church shows us that Jesus’ peace is not always the equivalent of tranquility and safety. Amid severe persecution, devastating storms, or even internal conflict God’s people are assured of the kind of peace that results only from knowing Jesus and having accepted His grace. Throughout history thousands of Christian martyrs testified to the existence of this peace in the midst of pain and intimidation and death. Their testimony became the seed that grew in others also yearning for something bigger than pax Romana, a “final solution,” or the terror of persecution by powers bent on the destruction of God’s people.

I resonate with the way Ellen White connects our rest in Jesus to the peace that passes all understanding: “Let us turn aside from the dusty, heated thoroughfares of life to rest in the shadow of Christ’s love, and learn from Him the lesson of quiet trust. Not a pause for a moment in His presence, but personal contact with Christ, to sit down in companionship with Him—this is our need. Many, even in their seasons of devotion, fail of receiving the blessing of real communion with God. They are in too great haste. . . . Rest in the Lord, and wait patiently for Him. He will be to you as the shadow of a great rock in a weary land. He will give you rest that the world can neither give nor take away. Come unto Me, He says, and your heart will be filled with the peace that passes all understanding.”4

Jesus, our Peacemaker? We can be sure of that!