It Takes a Village

More and more grandparents are having to be parents. 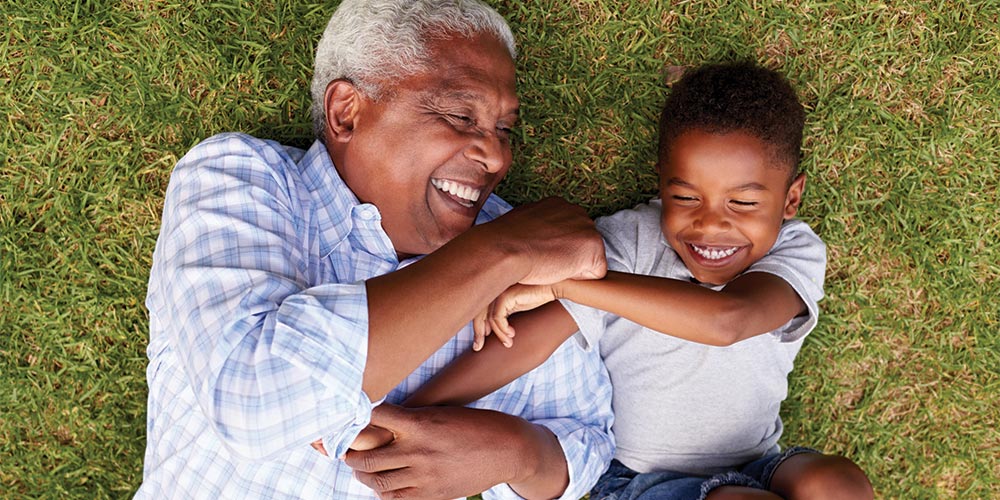 Most parents look forward to the time they become grandparents. It’s a time to spoil the little ones in the family without having to implement consequences. However, the reality is rather less flippant: of the 65 million grandparents in the United States in 2012, 7 million, or more than 10 percent, lived with at least one grandchild, according to the U.S. Census Bureau. They are the untold and not-so-glamorous grandparenting story.

In some homes in the village, they are doing what’s expected: they’re primary caretakers for their grandchildren! Parenting so late in life is not usually by choice, but out of necessity. Where children are unable to come through for their own children, grandparents have stepped in to fill the gap. It’s what has to be done.

What They’re In For

One of the first challenges such a kindness entails is losing control of one’s time. Children require structure: mealtimes, study times, and bedtimes. Grandparents have spent their lives moving to the schedule of children, and have looked forward to the time they would be in charge of their own calendar. Not only are they dealing with schedules again, but their grandchild’s day is fuller than when they first parented. How do they get everything in?

Today’s children are a technology generation. They have never experienced a time in their lives that they did not have access to electronics. Most grandparents can remember the day of face-to-face contact, or notes from the teacher. The expectations of media are constant; they just don’t require presence!

Further, many grandparents live on a fixed income, but children’s needs are never fixed. There’s always a new pair of shoes, pants, dress, or something required from the school. Along with those things come the medical needs of both children and grandparents. Providing for financial needs of the family becomes a true faith walk.

Another challenge not often acknowledged is the fatigue that comes from active parenting. Grandparents may be reluctant to admit it, but truth is that they’re just tired! Active young children require a lot of involvement from the adults in their lives from the time they wake up until the time they go to bed. Grandparents are slowing down and expecting to move at a more leisurely pace.

Grandparents are sometimes also temporary caregivers. Parents become ill or need caregivers while they make transitions in their lives and jobs. The toll on grandparents is no less, except when they can establish expiration dates. Grandparents like their role as auxiliary adults. They want to be involved in their grandchildren’s lives—when they choose.

The rest of the village also has its role, though today’s world has channeled almost everyone into their own silo! Now everyone moves in their own little world, unconcerned at times about anyone or anything else!

By contrast, Christians are charged: “Don’t become so well-adjusted to your culture that you fit into it without even thinking” (Rom. 12: 2).* Put into practical terms, we should be aware of others and their needs and find a way to come beside and practice the ministry of Aaron and Hur. When Joshua went to fight Amalek, he needed assistance, and turned to elder statesman Moses. Moses climbed to a high point and held up his hands: as long as his hands were up, Israel prevailed. “But Moses’ hands got tired. So they got a stone and set it under him. He sat on it and Aaron and Hur held up his hands, one on each side. So his hands remained steady until the sun went down” (Ex. 17:12).

We all have days in which we wonder how we will summon the strength to put one foot in front of the other and keep moving. We don’t want to admit our feelings of fatigue, nor can we always see the signs in others. Grandparents who have stepped up to become parents of their grandkids want to appear capable, competent, and all-sufficient, where it is safe to say, “I’m tired. I’m at the end of my rope. I don’t know how I can go on.”

Exhausted grandparents don’t need sermons, opinions, or idle words. They need our attention and sympathy when parenting stretches them thin. We need to become the village!

First village stop—extended family:when grandparents step up to raise their grandkids, other family members should be on hand to help. This may be as simple as preparing and bringing over a meal, or picking children up for a “play date.” Growing children need clothing, school supplies, the list goes on. One word of caution: instead of asking “What can I do to help”? fill the need if you notice a need!

Next village stop—church family:grandparents who are parenting are often not aware of all a church’s children’s activities: Adventurers, Pathfinders, Bible Bowl, to name a few. These are activities for children, but who provides for the adults? Senior ministries should not be just for independent and disengaged seniors, but also for those caring for young children. It requires additional work, but the ministry that reflects Jesus does not leave anyone out. Churches can offer respite care—just to give grandparents a break.

Because the village is a part of the larger community, here are some resources:

“Help for Children Living with Grandparents and Other Relatives,” www.USA.gov.

Grandparents should always remember they are not alone! God has promised never to leave us or forsake us.

W. S. Lee and his wife, Wilma Kirk Lee, longtime Family Ministries directors, have been assistant grandparents many times over.