Once, when the Bible was elevated, reformation was the result. 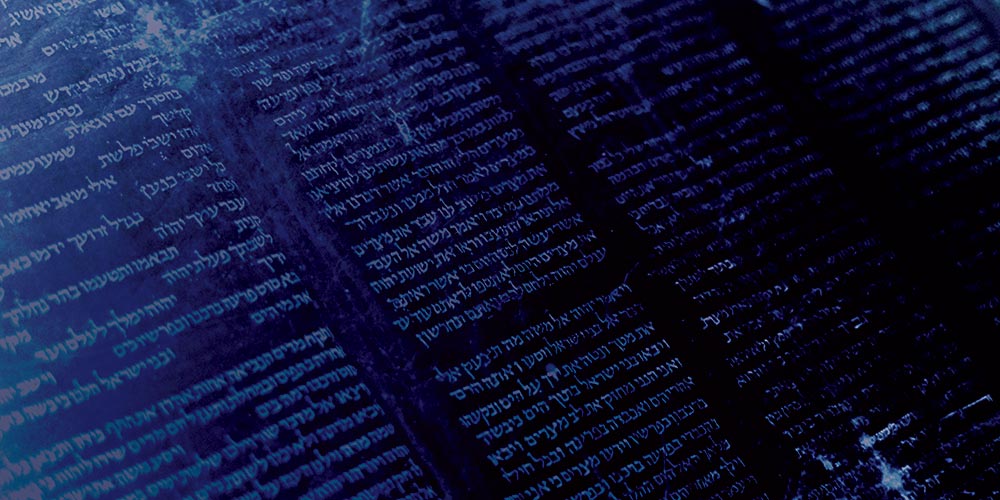 I have been teaching biblical languages for many years, but in every new class I have the same experience: students are inspired by the ideas and concepts communicated in the text of the original language, while at the same time surprised by how much of the meaning of the source-text is absent or hidden in modern Bible translations and Christian theology.*

Letting in the Light

I remember teaching a Hebrew course at the Protestant Theological University in the Netherlands. After I had translated a text from the Abraham narratives, a theology student from the Reformed tradition rose from his chair and said, “This is astonishing! Imagine we would abandon all of our doctrines and traditions and would start learning about God and life from scratch with just the Hebrew Bible and the Greek New Testament!” A general sense of excitement about this notion was palpable in the classroom.

We are fascinated by the idea of seeing the world in a new, different, and truer way, somehow starting from scratch. Jesus Himself was critical about the religious traditions and doctrines of His time, and called His followers to revisit what was actually written in the Bible of His days (see Matt. 15:1-9).

How we see the world, how we assess ourselves and others, and how we define our values and beliefs might be quite different from how Scripture sees, assesses, and defines these important matters. Thus, if we want to follow Jesus and the apostles, we need to do three things: (1) develop a healthy skepticism toward our own beliefs and values; (2) trust the Scriptures more than current or long-held understanding of any particular doctrine; and (3) be willing, through the Scriptures, to see, assess, define, and live more truthfully.

I try to incorporate these three things before I start my personal devotions: I confess to God that I do not claim to know anything, that I am willing to unlearn everything, and that I want to think and live more like Him.

The Internet age gives us access to the maximum information we can tap into if we want to learn and change our lives. This maximum of information can turn into the challenge of over-information, in which more information does not lead to more wisdom but to a cluttered mind and existence. There is nothing wrong with information. But information becomes beneficial only when it comes in an order and hierarchy.

This is the wisdom of the ancients. In the ancient world, each major culture and religion had a canon that authoritatively informed faith, ethics, and life. The ancients lived by a ranking of information. The highest-ranked information was the canon. For Greeks this was Homer’s Iliad and Odyssey, for Romans it was Virgil’s Aeneid, for Muslims it is the Koran, and for Jews it is the Tanakh. “Canon” is a Greek word that simply means “measuring stick” or “rule by which to live” (e.g., Gal. 6:16).

Imagine the canon as fertile soil on which one should plant one’s life and faith like a tree. As Protestant Christians, we plant our faith into the canonical soil of the 66 books of the Old and New Testaments. A sola scriptura church does not argue that only the Bible should be used for informing one’s life. No, the Bible is just one of many sources. However, the Bible is regarded as standing alone (sola) as the highest authority (scriptura) for faith, practice, and hope. Sola scriptura is therefore another term for “canon.”

What my Reformed Hebrew student in the Netherlands envisioned corresponds directly to the DNA of the Adventist movement. Imagine if we would learn faith and hope from scratch again! Church often becomes boring because nothing new is taking place. The mind can get bored and the soul tired by constantly hearing the same songs, prayers, sermons, and ideas of previous generations.

Imagine the times of Jesus’ earthly ministry. Many people joined His events, but it was not because they agreed with everything He said, or wanted to become His disciples. They joined because something new was happening. This is what a sola scriptura church should feel like. Using Scripture as the point of departure for new ideas and visions that are relevant and applicable to our lives here and now.

Each generation of faith, then, must expose itself anew to the biblical texts, if it wants to grasp its own past and prophetic future.

Of course, Jesus’ ministry was not about “the show,” but about dedicating one’s life to God and His kingdom. But without His new Scripture-driven insights, He would never have been so critical toward the practice of the religion, faith, and lifestyle of His day. His fresh ideas, His pertinent critique, and the feasibility of His lifestyle drew people to Him.

The very core and passion of the early Adventist movement was to question Christian doctrines and traditions on the basis of the Word, and be willing to (re)learn Christianity in faith and practice from scratch. We know from history that these attitudes translated into a fast-growing and vibrant movement that drew not only the attention but also the commitment of thousands.

Canon: a Risk to All Ideologies

Ancient canons were the central textbooks for education. Greeks had to learn entire passages from the Odyssey by heart, and Jews did the same with large text portions from the Pentateuch. From a modern perspective, these old textbooks have a very low pedagogical quality.

For example, a modern textbook on history is so much easier to read and understand than the Bible books of Joshua to 2 Kings. Why? Today’s textbooks expose students to isolated topics and themes, rather than engaging them in the reading of complex narratives. Today a good educational book is known for its well-organized structure, theme-shaped chapters, and a clear, common thread that follows a logical order.

Before one can write a good educational book for today’s students, one must first define central themes and topics that can be used as a frame for a clear organization. Simplified conceptual organization stands at the beginning of our modern attempts to write educational texts. Students and readers, then, are expected to understand the text by following the book’s explicit logic, adopting its outlined thought models, and processing the obvious themes. This is very different from ancient practice. Antiquity’s great educational texts, such as the Gilgamesh Epos, Odyssey, Aeneid or Torah, consisted mostly of narratives and poetry, appropriated by means of recitation. One had to first memorize entire and usually complex texts before the contained themes and topics became accessible.

But in modern pedagogics the keyword is simplification. This stands in stark contrast to the ancient world. As a textbook, the Tanakh could not be more different from today’s textbooks. Its texts are dense and long-winded; they are complex and often difficult to understand; their organization does not simply emerge through a table of contents, indexes, charts, and simple definitions. It’s difficult to abstract from biblical texts a single dominant theme that functions as a backbone to textual organization. Ancient textbooks are a challenge to any student.

Ancient readers, however, would not perceive their canons as chaotic or of low pedagogical quality. A text claiming to reflect history or dealing with complex life is not readily simplified and reduced to a limited number of themes and topics. By its very nature, life is complex and
resists reductionistic explanations. Reality comes with substantial mysteries that cannot be solved by rational abstraction. They can be approached only by presenting them in the form they appear, as narratives that trigger poetic expressions.

This, therefore, is the nature of ancient canons, including the Bible. Narratives and poetry are able to weave with language the fabric of life and history. Consequently, ancient pedagogy in general, and biblical pedagogy specifically, demand text memorization (Deut. 6:7) to accomplish the clearest access to topics, themes, and arguments.

The quality of ancient readers was measured by their ability to participate in the text’s narrative, emotion, and thoughts while testing their own character. They attempted this by determining with what narrated participant and which expressed emotion and thought they could most likely identify themselves. The reader was called to imagine the narrated world and poetic cosmos without compromising the text’s communicative intent. The more successful the imagination’s entry into the textual reality, the better they were able to learn from the text as they identified its themes and topics.

The difference in ancient and modern educational methods has consequences for how we envision a sola scriptura church. The literature of the Bible initiates by its very nature a culture of reading. Intrinsic to poems and narratives is that they call for readers who make sense out of them in responsible ways. Each careful reader needs to submit to the authority of the canonical texts. Unlike modern textbooks that minimize the reader’s involvement in the process of understanding through presenting cognitive abstractions and interpretative conclusions, the narratives and poems of ancient textbooks call for continuous textual visitation: understanding life’s mystery and history is a matter beyond mere human rational abstractions. If the Bible properly reflects the complex ongoing event that is life and history, then properly accessing its message(s) means memorization and repetition again and again by each new generation of Christians.

This fact constitutes a warning against final understanding or articulation of some doctrine, a warning against ever marking the end of the biblical reading process. Rather, doctrines should be celebrated as a testimony of a fruitful and, hopefully, faithful reading process that is ever ongoing and ever open to more insightful future understandings. Momentary conclusions receive their authority from the text and inform our ethics, our beliefs, and our lives. However powerful and transforming, they remain temporary. Their greatest impact depends on understanding them as present truths. At the moment that they become static truths, canonical reading has ended and fossilization has begun.

Sola Scriptura: Legacy of Every Generation

Each generation of faith, then, must expose itself anew to the biblical texts if it wants to grasp its own past and prophetic future. No dogmatic work, although necessary to the Christian community of faith, can shortcut this task. The foundations of faith, its themes and topics, must be received through a humble and curiosity-driven reading process by each generation anew.

As I have shown, reflecting the nature of our biblical canon impacts how we define what we mean by a sola scriptura church. This does not mean that the present truths of the past are necessarily wrong and must be proven false. It means that established understandings only keep their life-changing impact as new generations appropriate them through personal discovery. The validity of “past” conclusions as truth is not received by tradition but by a new canonical reading of each new generation. No believers can have salvific ownership over their beliefs through doctrinal inheritance. Sola scriptura believers can have ownership over any belief only by procuring it through a renewed Spirit-driven reading of the canon. Only then can faith remain fresh, vibrant, and full of impact.

Imagine if we all started learning about God and life from scratch—with just the biblical canonical text and good translations.

* All translators have to deal with certain inherent limitations, a problem studied in the field of translation theory.