How The Great Controversy Changed My Life

When they had questions, the book had answers. 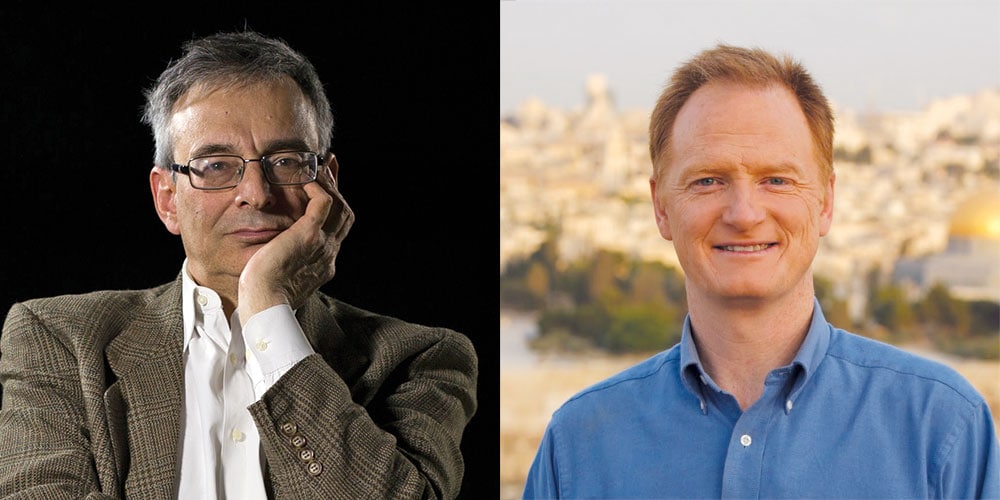 What’s so powerful about The Great Controversy?

Adventist Review asked two prominent Seventh-day Adventists—one raised a secular Jew and the other a Roman Catholic—how The Great Controversy, by Adventist Church cofounder Ellen G. White, has affected their lives. Here’s what they said. —Editors

I grew up in a secular Jewish home. The essence of my religious experience could be summed up by how we kept the holidays: They tried to kill us; they failed—let’s eat!

Nevertheless, I was always a seeker for truth. I knew truth had to exist; I just didn’t know what it was, how to find it (if I even could), or, even if I did find it—how would I know it was truth to begin with?

In the fall of 1979 my seeking took me down the path of the occult and spiritualism. I even had a few experiences with astral travel. Not knowing the source of these experiences, only that they were real, I decided to start reading about them. Thus, I walked over to the library at the University of Florida to get a book on the occult and start delving deeper into it.

At that point I was a hungry writer who needed a job. As I was walking to the library I stopped at a health food store in order to ask for work. A man came out, and as soon as I said something about the supernatural he blurted out, “What?” He dragged me into the store and locked the door.

After I told him about my experiences, he tried to warn me about demonic influences and the like. Well, he might as well have talked to me about Santa Claus as about the devil. Before I left he handed me a book and said, “Please, read it.”

With his book in hand, I went over to the University of Florida library and found an occult book. Because I wasn’t in school I could not check it out, so I sat down in the library, read the first chapter, and even practiced the first technique, all of which was very new to me. Then I went and hid the book on the shelves so that I could be sure that no one would check it out before I was done reading it.

Occult book in one hand, and what was in the other? The Great Controversy, of course. At the time I was clueless as to what was unfolding around me.

After an amazing confrontation with the Lord, I gave my heart to Jesus, and those occult experiences never came back. Soon afterward I read The Great Controversy, a life-changing experience.

No question, the Lord arranged for this powerful, timely, and important book to come into my life. Yes, I was a seeker for truth, and I found so much of it there.

As a child I had a lot of questions for which I couldn’t find answers. Why did I have to confess my sins to a priest? Why should I pray to saints when Jesus could surely hear my prayer? Would God really burn people in hell forever? And how could I ever be good enough to go to heaven?

These questions bothered me.

I enjoyed going to church, and I was happy to be a believer in Jesus. But attending church and going to my church school didn’t clear up the questions that weighed upon me. And I didn’t know how to find answers. There were times I read the Bible, but something was always missing. Things simply didn’t add up.

The worst of it was not knowing how I could be “right with God.” While still a Roman Catholic I attended many different churches and revival meetings, but I couldn’t find a church that seemed to tell the whole story. Some churches emphasized one doctrine while deemphasizing others. Every church claimed to believe the Bible, but none was able to really answer my questions.

When I was 16 years old, one of my older brothers gave me a book. He had joined another church a few years before. Even though no one in our family understood why he did some of the strange things that he now did—church on Saturdays?—the change was obviously good for him. He was responsible and happy, which led me to think the book he was offering might just be worth reading.

I promised to read the book, which he said was about history and prophecy. I started on the introduction, but didn’t get very far.

Several years later he asked me if I had read it, and when I told him I had not, he gave me another copy. I assured him I would read this one.

This time I started on page 1. I read most of it. Most of page 1, that is. I put the book down intending to read it later, but I never got back to it. The book remained unread.

More years passed. I left New Zealand, my home country, and began living in England. On a trip to Ireland, desperate to find a meaningful relationship with God, I attended a nearby Catholic church, determined that on this day I would find in my church the connection with God that I had been missing.

But as I left the church that morning I told God I was never going to church again “until You show me the truth!”

When I returned to London, I found a package waiting for me. I had asked my brother if he had any idea where I might be able to find the book that he had given me years before. I had looked in several bookstores, but hadn’t been able to locate it. And here in the mail was copy number 3 of the book that would change my life, The Great Controversy. God clearly knew that this was the right moment for me.

This time I started reading in the middle of the book, and when I got to the end I went back to the beginning and read what I missed. I encountered the power of God’s Word in a book that not only explained the deep prophecies of the Bible but also connected me with Jesus. I learned there is real power in the promises of God’s Word, and I learned that while I could never be “good enough” for heaven, I could trust in the goodness of a great Savior who had died for me so that I could spend eternity with Him.

A call to the operator connected me with a church in central London, and thus began in earnest my walk with Jesus.

I still read The Great Controversy, having found that I continue to find new blessings and insights into the plan of salvation.

Outside of the Bible, no book has had a greater impact on my life than The Great Controversy.