How Can We Be Just Before God?

The gospel is not about what we think of ourselves, it’s about what God thinks of us. 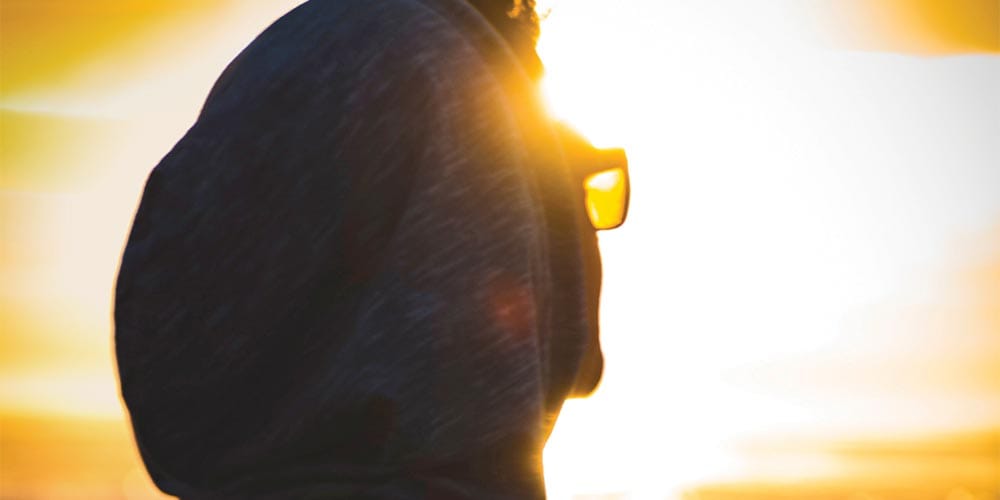 In what is likely the earliest book of the Bible, the patriarch Job asked the penetrating question: “How can a mortal be just before God?” (Job 9:2, NRSV).1 Down through the centuries this question of our standing before God, how one is justified by Him, has been viewed as the most crucial question faced by Christians, foundational to all other questions.

Martin Luther asserted, “If we lose the doctrine of justification, we lose simply everything.”2 He believed that justification is “the article with and by which the church stands, without which it falls.”3 In the preface to his 95 theses, drawn up in 1517, Luther boldly declared that “the article of justification is the master and prince, the lord, the ruler, and the judge over all kinds of doctrines; it preserves and governs all church doctrine and raises up our conscience before God. Without this article the world is utter death and darkness.”4

Similarly, John Calvin considered the doctrine of justification to be “the main hinge upon which religion turns. . . . For unless you understand first of all what your position is before God, and what the judgment which he passes upon you, you have no foundation on which your salvation can be laid, or on which piety toward God can be reared.”5

In the wake of the 1888 General Conference session, Ellen White likewise affirmed the importance of the subject of justification by faith: “The light given me of God places this important subject [justification by faith] above any question in my mind.”6 At the same time she warned that this subject is liable to be confused and is the object of Satan’s attack: “The danger has been presented to me again and again of entertaining, as a people, false ideas of justification by faith. I have been shown for years that Satan would work in a special manner to confuse the mind on this point.”7

Luther had earlier given a similar warning: “Whoever falls from the doctrine of justification is ignorant of God and is an idolater. . . . For once this doctrine is undermined, nothing more remains but sheer error, hypocrisy, wickedness, and idolatry, regardless of how great the sanctity that appears on the outside.”8

The Protestant Reformation occurred largely in protest against the Roman Catholic understanding of justification, which Protestant theologians considered a gross distortion of biblical teaching.

Building upon the writings of Paul, especially Romans and Galatians, and their roots in the Old Testament, Luther presented justifying righteousness as the “alien righteousness” of Christ. This was in opposition to Augustinian understanding, in which justifying righteousness, although completely through the grace of God, was something inherent in humans. For Augustine, justification was God making sinners righteous by a conversion of their wills; for Luther justification was God’s act of declaring sinners righteous based solely upon the righteousness of Christ credited to their account.

Luther affirmed that justified Christians were simul justus et peccator, “at the same time righteous and sinner.” R. C. Sproul explains that Luther’s famous dictum “goes to the heart of the issue regarding forensic justification.” For Luther, in justification sinners are counted just forensically by virtue of Christ’s righteousness while they remain, in and of themselves, yet sinners.

Even though those justified “necessarily, inevitably, and immediately” are indwelt by the Spirit and begin the process of sanctification, “the grounds of that person’s justification remain solely and exclusively the imputed righteousness of Christ. By His righteousness and His righteousness alone that sinners are declared to be just.”9

For Luther, justification was not for the onlooking eyes of humanity, but coram Deo, “before the face of God,” or as his theological colleague Philip Melancthon put it: “before the heavenly divine tribunal.” Grace was not a holy substance that came down from God and became inherent in human beings; it was an attitude of divine favor. Melancthon further worked out Luther’s concepts using more precise language of imputation. Justification was presented as the divine act of declaring sinners righteous, based upon the extrinsic, imputed righteousness of Christ.10

Calvin’s doctrine of justification was deeply indebted to concepts developed by Luther and Melancthon. Calvin eloquently emphasized the forensic nature of justification by the imputed righteousness of Christ as he summarized the doctrine in his Institutes:

To justify, therefore, is nothing less than to acquit from the charge of guilt, as if innocence were proved. Hence, when God justifies us through the intercession of Christ, He acquits us, not on proof of our own innocence, but by an imputation of righteousness, so that although not righteous in ourselves, we are deemed righteous in Christ.12

Building on the Foundation

For Calvin, justification and sanctification occur simultaneously and are inseparable, but must be distinguished. He compared justification and sanctification to the twofold attributes of the sun: “If the brightness of the sun cannot be separated from its heat, are we therefore to say that the earth is warmed by light and illumined by heat?” Even though there is a “mutual and undivided connection” between heat and light, “yet reason itself prohibits us from transferring the peculiar properties of the one to the other.”13

While the Magisterial Reformers (especially Martin Luther, John Calvin, and Philip Melancthon in the sixteenth century) emphasized different aspects of the doctrine, and experienced their own personal growth in understanding its meaning,14 by 1540 there was general consensus regarding its essential contours.

We Seventh-day Adventists, as heirs of the Reformation, must clearly understand the truth about justification by faith.

Alister McGrath summarizes three main points of the consensus, in contrast to Roman Catholic theology: (1) justification is the “forensic declaration that the Christian is righteous, rather than the process by which he or she is made righteous”; (2) justification is “the external act by which God declares the believer to be righteous,” while sanctification or regeneration is “the internal process of renewal by the Holy Spirit”; and (3) justifying righteousness is “the alien righteousness of Christ, imputed to the believer and external to him, not a righteousness that is inherent within him, located within him, or in any way belonging to him.”15

This basic understanding of justification was accepted by later Reformers, such as Jacobus Arminius,16 and became embodied in the major Protestant creeds in their treatment of justification.17

Ellen White affirmed that “the great doctrine of justification by faith” was “clearly taught by Luther,” but laments that within 100 years after Luther’s time this doctrine “had been almost wholly lost sight of; and the Romish principle of trusting to good works for salvation, had taken its place.”18 She documented how John and Charles Wesley in the eighteenth century recovered this doctrine and faithfully proclaimed it. 19

At the Council of Trent (1545-1563) the Roman Catholic Church, in its Decree on Justification (1547), not only systematically rejected the distinctive tenets of justification by faith alone as espoused by the Reformers, but anathematized (cursed and declared heretical) anyone who believed or taught such beliefs.20

Within the past few decades, a number of evangelicals have engaged in dialogue with Roman Catholics on this subject. In a surprising turn of events, many evangelicals are now returning to Rome, reaching consensus with Roman Catholic scholars and proclaiming that the Reformation was a misunderstanding that should never have happened.

Various joint declarations between Protestants and Catholics regarding the doctrine of justification have been released.21 But a close look at these developments reveals that the Catholics have not changed their views on this doctrine since Trent. Rather, many Protestants have capitulated and no longer see any need for ecclesiastical division between Catholics and Protestants.22

We Seventh-day Adventists, as heirs of the Reformation, must clearly understand the truth about justification by faith in view of its central importance in our lives and in view of Satan’s special work to undermine and to confuse minds on this foundational biblical teaching. Ellen White carefully underscored the crucial difference between justification and sanctification, in harmony with our Reformation heritage: “The righteousness by which we are justified is imputed; the righteousness by which we are sanctified is imparted.”23 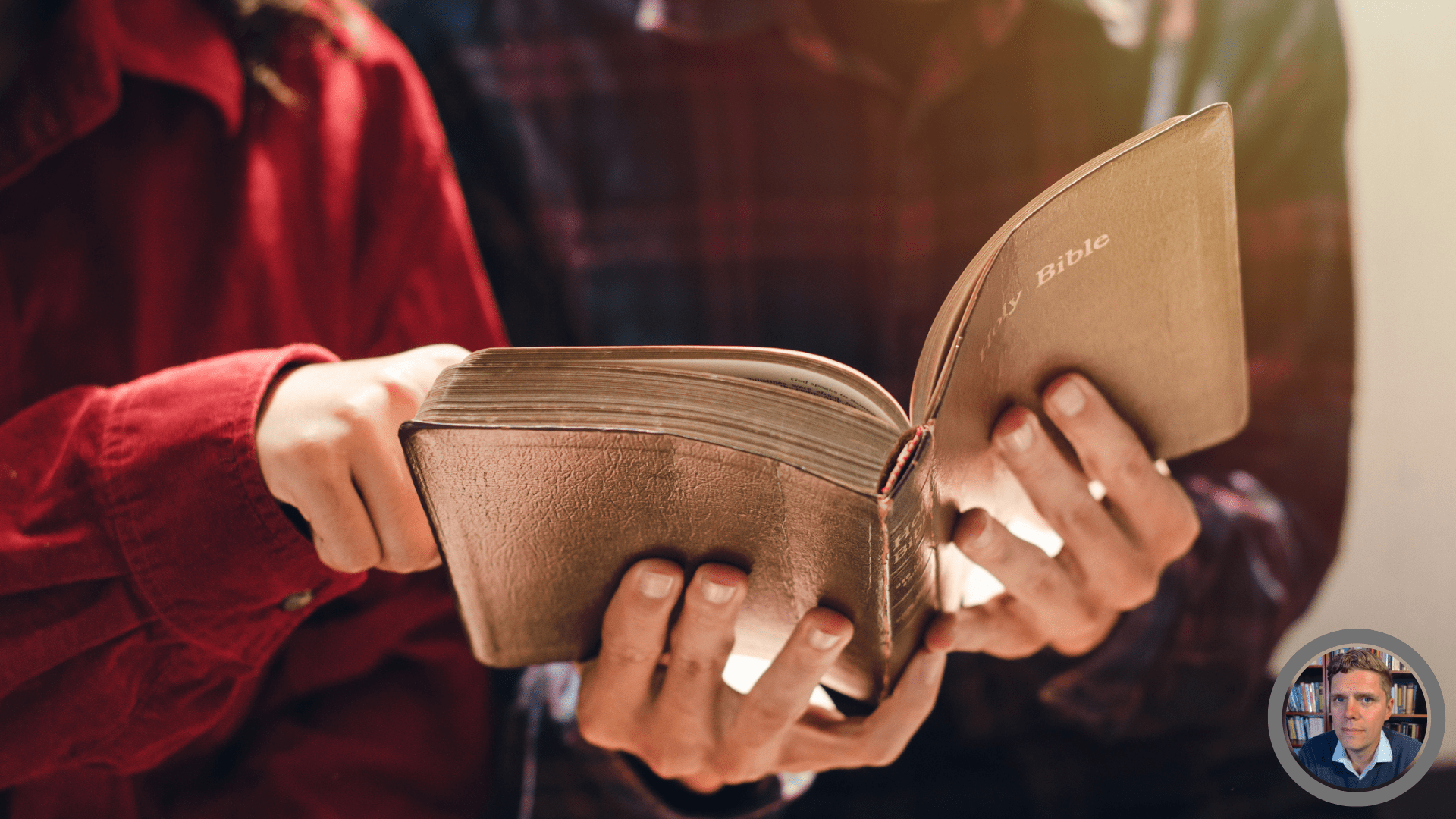