Hot Rods, The Great Controversy, and a Tenacious Friend 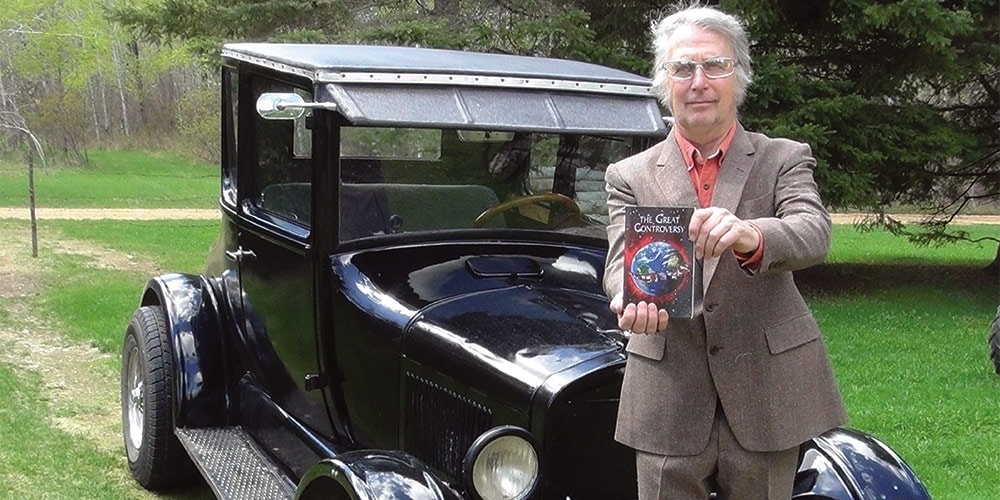 Back in 1976 a long-lost friend named Billy came to visit me. Billy sure has changed, I thought. He was well groomed, was wearing a suit, and was very calm and self-possessed. Very unusual, I remember thinking.

Billy and I had a long, tedious talk about religion and the second coming of Jesus, which resulted in my throwing him out of my shop, where I built and repaired hot rods(classic cars with engines modified for speed). I was young and in love with my cigarettes and beer, my hot rods, my lifestyle, and the way I dressed. Mostly I was in love with myself. I had no interest in religion. No time for Jesus.

A few months later I received a parcel in the mail. To my surprise, it was a book from Billy! It was written by someone named Ellen G. White and titled The Desire of Ages. At the time I was reading another book about a mafia hit man named Joey. My lifestyle matched that of Joey as described in the book. I was carrying a loaded sawed-off shotgun in my car and, like Joey, “nobody was going to mess with me.”

Now I was in a quandary. Another book! And this one about Jesus! But I said to myself, “Since Billy is stupid enough to send me a book, then I’ll be stupid enough to read it.” And I did read it—with a heart longing for something I did not then possess. As a result, another love came into my life. It was Jesus. It’s that simple.

After that, miracles began to happen. An opportunity arose for me to move out of the city and into the country. Billy found where I lived and came to visit me again, but this time he brought a friend. Again we argued about religion, including the second coming of Jesus. How could that be? I wondered. Would Jesus really come back again?

This time, before Billy left, I bought a book from him. It was The Great Controversy, by Ellen G. White. What an eye-opener that book was for me!

A few months later Billy encouraged me to enroll as a student at what is today known as Burman University, a Seventh-day Adventist institution of higher learning in Alberta, Canada. I regarded his invitation as a call from God Himself and left my family not only to enroll in Burman University but also to become a member of the Seventh-day Adventist Church. That was more than 41 years ago. I have never looked back.

Today my wife, Judy, and I are members of the Manitoba-Saskatchewan Conference church. Our home is in the country, and we live as much as possible in keeping with our church’s beautiful health message. Now in retirement, I serve the Lord in a way that some might describe as unusual but that attracts people to Jesus. I am building hot rods again, but this time with the purpose of introducing people to Jesus and telling them about His second coming.

I keep a good supply of books in my hot rods, and no matter where I go, crowds gather around the cars. I answer their many questions and use the opportunity to give away books that point to the greatest book ever written—the Bible—and the greatest Man who ever lived: Jesus. I tell them my story and what Jesus has done for me, and I assure them that He will do the same for them.

My mission is to share the good news with all who will listen and tell them that, indeed, Jesus is coming soon!

Marcel St. Germain lives with his wife, Judy, in Manitoba, Canada. Marcel continues to use his love of hot rods to witness to others and is a member of the Adventist Rodders Club, based in the United States.