The Sabbath is much more than a vacation. 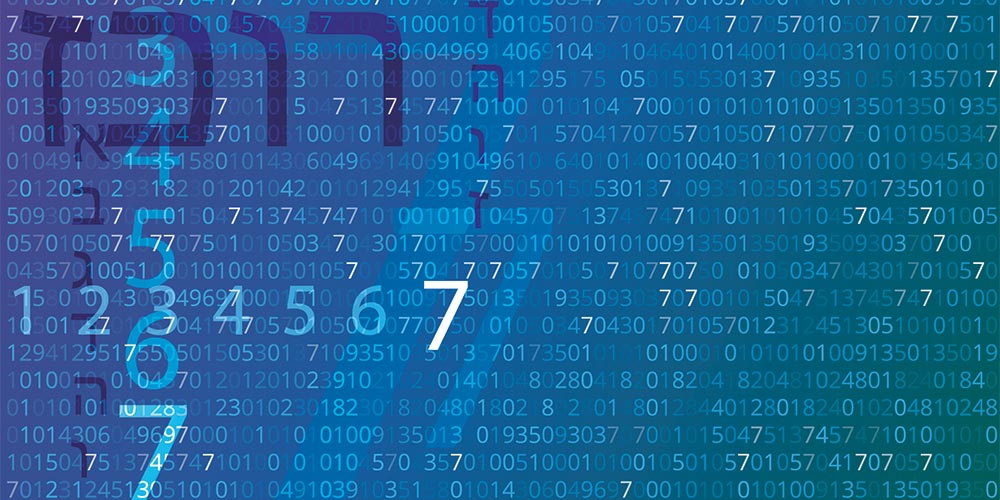 In nature and in the Bible the God of creation and truth has tendered strong evidence of the high moral and physical significance of the Sabbath principle, and of His commitment to blessing all creation with the gift of Sabbath rest.

In 1988 Israeli biblical scholar Jacob Bazak published an article on Psalm 92.1 After a scholarly presentation of my own on that psalm I discovered that Bazak, whom I had liberally cited, had been in attendance. Bazak invited my wife, Jo Ann, and me to visit him the next time we came to Israel. He treated us wonderfully when we did. We discovered that he was not only an eminent scholar but also a justice of the Israeli Supreme Court. I invited him to lecture at Andrews University if he was ever in the United States again, and he did. When he left, he told us he was returning to Israel as a “missionary for the Adventists of the Seventh-day”!

I owe to Jacob Bazak my first awareness of the “sabbatic stamp” placed by God upon the psalm for the Sabbath, Psalm 92. He pointed out numerous literary aspects of Psalm 92 highlighting the number 7, showing why the psalm is labeled “for the Sabbath day.”

For example, the psalm uses the covenant name “Lord” (YHWH) just seven times; it contains seven different epithets for the wicked,2 and the same number of positive qualities of the righteous.3 Bazak also points out that the midpoint and climax of the psalm (verse 8) is flanked by seven poetic verses on either side.4

The psalm’s overall structure features five stanzas (or strophes), each with six lines, except for the climactic middle stanza, which contains seven. As Franz Delitzsch puts it: “The middle of the psalm bears the stamp of the sabbatic number.”5 Psalm 92 integrates theological themes  [Sabbath] and structural form [seven-ness] so well that the ancient Hebrews entitled it “a psalm,” a “song for the Sabbath day.”

Sabbatic Stamps in the Pentateuch

Psalm 92 is hardly unique to the Bible in its sabbatic stamp. The Bible’s first five books frequently display it. In Genesis 2:1-3 Moses describes God’s establishment of the Sabbath in Eden. He marks the passage with the sabbatic stamp by giving seven words to each of its three statements on God’s formation of the Sabbath. This passage is the first of many sabbatic-stamped passages and elements in the Bible.

Each of these commands contains its own inner sabbatic stamp. A focus on one of these, the Sabbath commandment of Exodus 20, may serve to illustrate accurately and compellingly the depth of purpose and the height of creative genius that God’s sacred Word possesses and displays, specifically in relation to the sabbatic stamp.

In the Ten Commandments God Himself spoke and wrote His words in stone. The fourth commandment, the one about the Sabbath, is stamped with sabbatic markers—elements of seven-ness—in such quantity and significance that it is difficult to know where to begin. As good a place as any may be the total number of words in the commandment. A variety of approaches exists for counting words in the text of the Hebrew Bible. But whichever counting rule we follow leads to a total that is a multiple of seven, e.g., (1) one approach yields 56 words; (2) another yields 35 words.6 Counting according to the rhythmic flow of the commandment shows up 42 accented words. I state again: the range of approaches to counting words in the Hebrew text of the fourth commandment consistently yields a total that is a multiple of the number 7.

The list of individuals and household groups who receive the Sabbath blessing of rest is also designed to focus on the number 7: rather than listing children and slaves, the commandment identifies recipients with a particularity that not only shows God’s care for each but also focuses the number seven as an essential element of the commandment about the seventh day. Thus the list comprises (1) parent, (2) son, (3) daughter, (4) male slave, (5) female slave, (6) animals, and (7) visiting uncircumcised alien.

Transformation from death to eternal life happens in “the twinkling of an eye.”

On the plains of Moab, Moses’ farewell speech to Israel includes a repetition of the fourth commandment that varies from the Exodus wording while displaying its own seven-ness: verses 12-14 contain 35 accented Hebrew words, orfive multiples of seven; then verse 15, ending with the paragraph divider, contains 21 accented words, or three multiples of seven.The entire commandment, paragraph divider included, thus contains 56 accented words oreight multiples of seven. Overall the seven Sabbath commandments of the Torah feature varied multiples of seven, seven of them in all, including 2, 3, 4, 5, 6, 7 (7 x 2) and 8. Other seven-based features of the Sabbath in the Pentateuch include the seven verbs used for Sabbath rest,7 each with its own nuanced contribution to that blessed experience; and Isaiah’s climactic declaration on Sabbathkeeping (Isa. 58:13, 14), in which verse 13 has 21 accented words [7 x 3] and verse 14 has another 14 of its own [7 x 2].

The New Testament warrants its own exploration, with the Gospel writers recording no more or less than seven Sabbath miracles of Jesus.8 But a move from the written word to the messages of the natural world may enhance our regard for the significance of seventh-day Sabbath rest God has inscribed across the reaches of the cosmos He has given us to develop, rule, and learn from.

Nature’s most stable chemical structure is the six-membered ring structure (with the hollow seventh part implied in the middle).9 In the animal and vegetable kingdoms seven-day (circaseptan) rhythms have been identified in many physiological functions of animals,10 including rats, face flies, and various plants and other life-forms.11 In relation to the seventh-day Sabbath, a larger question on seven-ness in nature looms, as follows: does the scientific evidence in nature point toward Saturday, the week’s seventh day, as the day of rest?

Since 2011 Kenneth Greenaway’s “Pineal Project” research has focused on the pineal gland, a pea-sized endocrine gland in the middle of the brain that synthesizes and releases the hormone melatonin as night falls. Greenaway has found evidence suggesting that the pineal gland, at least in some animals, not only has a circaseptan (seven-day) rhythm, but that this rhythm highlights a specific day of the week, Saturday. In the case of rats, for example, Vollrath (et al.) found that the pineal gland releases its calming and mood-enhancing melatonin maximally on Saturdays.12

Greenaway notes that the moods enhanced maximally on Saturday—those conducive to rest, tranquillity, and enhanced worship experience—are connected with the seventh-day Sabbath in Scripture. He further cites research done on plants and animals at the University of Minnesota on the biological week and broader time structures. This research has repeatedly found that seven-day rhythms can be amplified and resynchronized by a single stimulus, i.e., in response to a one-time event.13

Greenaway postulates, based upon this research, that God’s one-time stimulus of blessing and sanctifying the seventh day at Creation may have evoked a literal physiological, endocrinological, and immunological response in the pineal gland with increased melatonin output on that initial seventh day, something that may conceivably be amplified at each subsequent seventh day.14

Insects and four-footed beasts have also given evidence in a variety of contexts, of the seventh-day Sabbath stamp.

Seventh-day Beavers: Larren Cole spent 16 years observing and documenting the habits of a beaver colony in the Modoc National Forest, visiting the colony almost daily, morning and evening, for several years, then sporadically for many more. Cole discovered that these beavers, active on the other days of the week, remained in their lodge every Friday evening and Saturday. In all his years of filming his documentary, he was never able to find the beavers working on Saturday.

Sabbathkeeping Bees:Cole also repeats the account of colonies of bees swarming past his land in southern California every day of the week but Saturday, on their way to the surrounding orange groves. Sang Lee, a frequent visitor to Brazil, has similarly testified about colonies of bees in Brazil, busy Sunday to Friday, but resting in their hives every Saturday.

Seventh-day Ox:Nickolai Panchuk, a Sabbathkeeper in a Communist labor camp, was finally promised Sabbaths free after years of abuse if he could bring enough water for the camp’s needs by Friday sunset. Every week for his next five years in that Soviet prison the ox that dragged the water containers plodded slowly all week through Thursday. On Fridays the animal raced back and forth so fast, to and from the spring, that Nickolai could hardly keep up. The warden acknowledged, “That preacher made a Sabbathkeeper of the ox.”

The miracle began on March 19, 1939, on the Adventist Mission Station, Namba, Angola. Drought had inspired a prayer meeting at which church members claimed God’s promise to supply their needs as He did for ancient Israel. After the prayer the director’s 5-year-old daughter went outside and soon returned excitedly with her hands full of white stuff that she was eating. Her mother and others went outside and found the ground covered with the white stuff, which, like the biblical manna, looked like coriander seeds and tasted sweet, like wafers made with honey. It fell only on the 40 acres of the mission property, and in sufficient quantity to feed and nourish the Adventists of that area until the next harvest.15 Laboratory analysis found that “the sample can provide a good source of nutrients for human diet, which meets the expectations for a sample of manna.”16

Observed examples of the sabbatic stamp in nature encourage us to wonder how many more there may be. Their full purpose may remain beyond the determination of science, but not beyond the inspiration for worship of the God of “great and marvelous” works (Rev. 15:3) who sacrificed His all to deliver us from our works of frustrated strivings to the peace of perfect Sabbath rest in Him (see Heb. 4:1-10).