In step with God; not ahead, not behind. 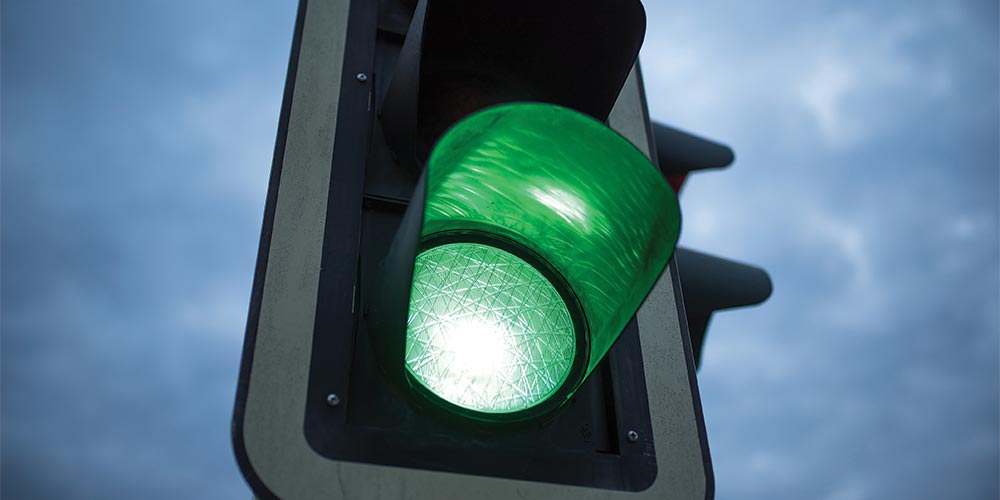 The encampment of Israel at Kadesh was but a short distance from the borders of Edom, and both Moses and the people greatly desired to follow the route through this country to the Promised Land; accordingly they sent a message, as God had directed them, to the Edomite king. . . .

To this courteous request a threatening refusal was returned: “Thou shalt not pass by me, lest I come out against thee with the sword.”

Surprised at this repulse, the leaders of Israel sent a second appeal to the king, with the promise, “We will go by the highway: and if I and my cattle drink of thy water, then I will pay for it: I will only, without doing anything else, go through on my feet.”

“Thou shalt not go through,” was the answer. Armed bands of Edomites were already posted at the difficult passes, so that any peaceful advance in that direction was impossible, and the Hebrews were forbidden to resort to force. They must make the long journey around the land of Edom.

Had the people, when brought into trial, trusted in God, the Captain of the Lord’s host would have led them through Edom, and the fear of them would have rested upon the inhabitants of the land, so that, instead of manifesting hostility, they would have shown them favor. But the Israelites did not act promptly upon God’s word, and while they were complaining and murmuring, the golden opportunity passed. When they were at last ready to present their request to the king, it was refused. . . .

It is important to believe God’s word and act upon it promptly, while His angels are waiting to work for us. Evil angels are ready to contest every step of advance. And when God’s providence bids His children go forward, when He is ready to do great things for them, Satan tempts them to displease the Lord by hesitation and delay; he seeks to kindle a spirit of strife or to arouse murmuring or unbelief, and thus deprive them of the blessings that God desired to bestow. God’s servants should be minutemen, ever ready to move as fast as His providence opens the way. And delay on their part gives time for Satan to work to defeat them.

In the directions first given to Moses concerning their passage through Edom, after declaring that the Edomites should be afraid of Israel, the Lord had forbidden His people to make use of this advantage against them. . . . The command given them was, “Take ye good heed unto yourselves therefore: meddle not with them; for I will not give you of their land, no, not so much as a foot breadth; because I have given Mount Seir unto Esau for a possession.” Deuteronomy 2:4, 5. . . .

Had they in this manner passed through Edom, as God had purposed, the passage would have proved a blessing, not only to themselves, but to the inhabitants of the land; for it would have given them an opportunity to become acquainted with God’s people and His worship and to witness how the God of Jacob prospered those who loved and feared Him. . . . Again they must traverse the desert and quench their thirst from the miraculous spring, which, had they but trusted in Him, they would no longer have needed.

This excerpt is taken from the book Patriarchs and Prophets, pages 422-424. Seventh-day Adventists believe that Ellen G. White (1827-1915) exercised the biblical gift of prophecy during more than 70 years of public ministry.