While we attempt to explain God, He keeps being God. 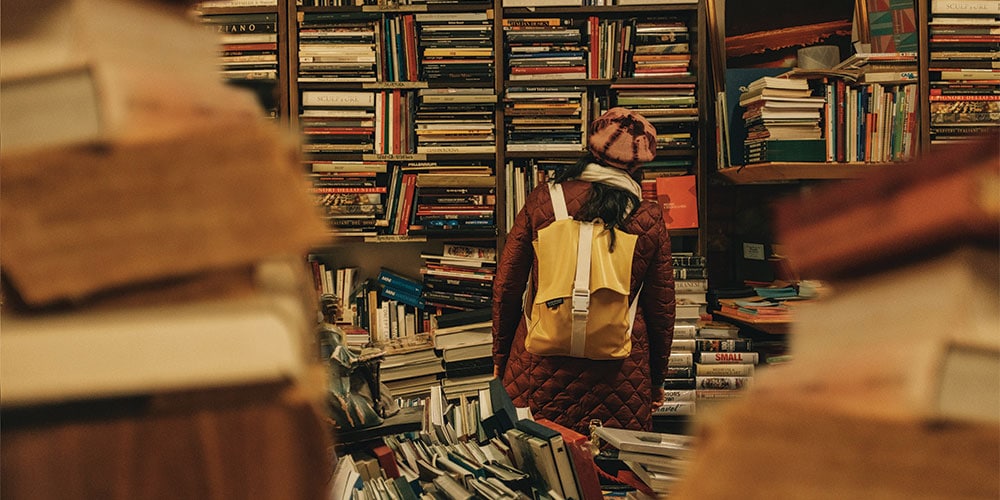 We need a God who can’t be explained or trivialized.

Who and what is God? Religions, philosophers, scientists, writers, and romantics have all attempted to explain Him. After all the arguments and all the proofs are presented, most Bible-believing Christians would end up agreeing with two basic statements about Him: (1) God is mystery, and (2) God is love. Yet today debate springs up as Seventh-day Adventists attempt to provide more precise definitions of God.

People of the Book

Throughout its history our church has attracted scholars and academics. Biblical proof texts combined with a coherent macronarrative have marked our evangelistic efforts before there was even a church. Logic, clarity, definition, and certainty provide a siren call of control in a world of chaos. We can explain the why, where, how, and when of humanity’s existence. We understand theodicy. We have doctrines. We “have been entrusted with the very words of God” (Rom. 3:2).

Indeed, truth brightens the path of the searching soul. But trusting in mere human knowledge, limiting ourselves to rational explanations of Bible facts, threatens to overintellectualize and supplant a gospel that at its core is inseparable from faith and personal commitment. Is it possible that we sometimes exchange faith in God and His Word for a false security in some idiosyncratic understanding of
cogito, ergo sum (I think, therefore I am)?

As I look back on my life, I see this tendency in myself: the tendency of trusting my mind and my ability to understand. Unfortunately, this tendency sways toward a precipice that lies close beside the narrow way: to walk by sight, not by faith. Irony stands tall for those of us who claim a belief system that rests on faith. Sadly, I, and others like me, are not the first to careen toward this precipice.

John Harvey Kellogg, mental genius, physician, inventor, innovator, author, thought leader, philanthropist, and giant of the early Seventh-day Adventist Church, fell victim to the belief that he could understand God. He dwelled on where the person of God resides. He created postulates about the Godhead, and even attempted to use examples in nature to explain God. With an awareness of his own genius compared to others, Kellogg attempted to answer the question What is God? Over time, and despite years of prayer and pleading from those closest to him, his own rationale, intellect, and pride became the governors of his life. Kellogg eventually left the church while clutching to pantheistic beliefs.

To further illustrate the point, let’s take an object lesson from Edwin Abbott’s
Flatland: A Romance of Many Dimensions. The story is written from the point of view of a two-dimensional square who lives in a world named Flatland, in which every object is two-dimensional.

This crude example captures the essence of our dilemma with God. As David Asscherick illustrated in a series of sermons entitled “This Is My Church?” delivered to students at Andrews University in March 2014, the very words we use to describe God—omnipotence, omniscience, omnipresence, omnibeneficence—are mere reminders of the fact that He is a mystery that our finite minds cannot comprehend. When deconstructed, our descriptions of Him will always fail of clarifying His nature, or genius or power or saving love.

For example, to be omnipresent is to be everywhere at once. Yet as we are trapped in space and time, we cannot imagine being in two places at the exact same time. We lack the words and experience to even begin to portray this single aspect of God accurately. In the context of our analogy, we are two-dimensional objects attempting to understand a three-dimensional world. We see slivers of truth, but completely fail to understand the subject in its totality.

Perhaps this is why Christ asked, “However, when the Son of Man comes, will he find faith on the earth?” (Luke 18:8). Of all the things the Word could attempt, He did not attempt to explain in detail the nature of God, but to reveal His character, leaving us with the confidence of the Father’s solicitude, because “He that hath seen me hath seen the Father” (John 14:9).. Scripture does not attempt to reduce God to the limits of our descriptions and understanding. Instead, the Bible, like nature and our personal providences, provides evidence that God is love, and for this reason, is entirely worthy of our trust.

Do you remember the “everlasting gobstopper” from the children’s book
Charlie and the Chocolate Factory? It was a candy that could be enjoyed forever without ever growing smaller or disappearing. This infinite candy also regularly produced new flavors to experience.

The path of faith to which God’s elect are called is like this everlasting gobstopper. For the redeemed, His mystery is part of God’s gift to us. Referring to those who are saved, Ellen White wrote: “And the years of eternity, as they roll, will bring richer and still more glorious revelations of God and of Christ.”1

Faith is the key to the birthright that we lost in Eden. Faith unites us with angelic hosts and with other created worlds as we peer into the mystery of love. “Eye hath not seen, nor ear heard, neither have entered into the heart of man, the things which God hath prepared for them that love him” (1 Cor 2:9, KJV).

Greg Milton is a director of project management for Piedmont Healthcare in Atlanta, Georgia. He and his wife, Luiza, attend the Atlanta North Seventh-day Adventist Church.