God Has a Plan for That?

Learning to listen to the right voices. 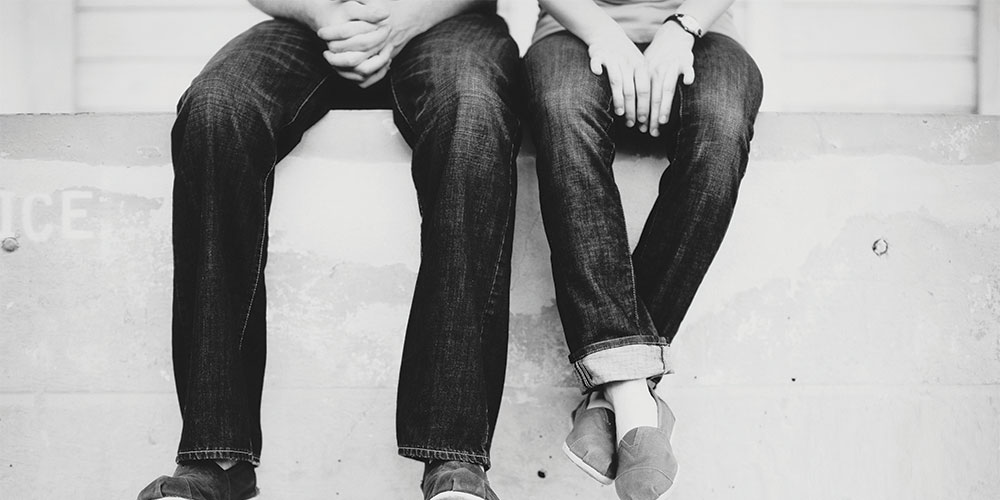 I was 17 years old. I was seated at a kitchen table with an Adventist couple as they shared how they encouraged their daughter to sleep with her boyfriends in order to know if they were truly sexually compatible. The idea was to help the young woman choose, based on who was best in bed. Turning toward me and my sisters, they actually said, “You should consider it.” I remember a strong wave of incredulity sweep over me at the suggestion. Although at the time I hadn’t done much research about premarital sex in the Bible, I could not shake the feeling that this advice was not biblical.

On another occasion a few of us from our youth group were visiting another couple who served as our spiritual mentors. We asked them how far it was OK to go sexually before marriage. They responded with “Anything is OK, as long as it is not sexual intercourse.” Once again, I remember thinking about that advice and deciding that this, too, could not be biblical.

Instinctively, I figured that if God created sex, we were to glorify Him in our relationships. But how were we to do that? Where sex is concerned, what glorifies God before marriage?

Not Such a Novelty

Perhaps the “almost anything goes” attitude should be a novelty in Adventist circles, but it might be more common than we think. I am a youth pastor, and as my youth confirm, sex is normalized and everywhere. Many Christian families realize this attitude is destructive; therefore, their teenagers are regularly told, “Don’t do it!”

In many schools sex talks include teaching teenagers about sexually transmitted infections, and how destructive an unwanted teen pregnancy can be. Christian society apparently wants to make sure young people understand that sex is so bad that it is downright dangerous. After all, it is usually brought up negatively, because if young people are scared enough, they won’t do it.

But all we need is to ask teenagers at any school—Adventist included—whether premarital sex is going on among their peers.They often answer in the affirmative. One of the greatest dangers of the scare-tactic approach is presenting sex as something ugly and having the image stay in the mind well into marriage.

How does the Bible view sex? As tov me’od, which means “very good.” After God finished creating, He saw that “it was very good.” Everything that God made, including the sexuality of the human couple, God called not just good, but very good. Tov me’od means goodness, wholesomeness, appropriateness, and beauty. Sex is beautiful; God created it that way. He could’ve made it completely unpleasant, something we’d only do to have babies, but He didn’t. He wants us to enjoy it.

God created us as sexual beings. He created us in His imageas male and female.

God created us as sexual beings. He created us in His image as male and female. Sexuality is part of our identity. God brought Eve to Adam and performed the first wedding. In his book, Flame of Yahweh: Sexuality in the Old Testament, Richard Davidson points out that the terminology “a man and his wife” (see Gen. 2:24) indicates a marriage relationship.1 The first Friday evening of Creation week was the couple’s first Sabbath, but also their wedding night.

After the marriage ceremony God states, “Therefore a man shall leave his father and mother and be joined to his wife, and they shall become one flesh” (Gen. 2:24, NKJV).2 “A man shall leave [azav]”: the verb literally means to abandon and forsake. Since in ancient cultures the wife customarily left her family, God wanted to reiterate that it is not just the woman who leaves, but the man as well. They are to have a relationship that is guarded and separate.

The verse continues with the words “be joined [davaq] to his wife,” which refers to the marriage covenant and marriage vows. Davaq implies strong personal attachment or clinging to one another, and is used in the Bible for covenant bond with God. Only after that, it says, do they “become one flesh,” referring to sexual intercourse.

Most important, the initial ‘therefore’ indicates that this verse serves as a pattern for all relationships in the future—not just in Eden, but always. The pattern is: leave, get married, then have sexual intercourse. First, it is an exclusive relationship about commitment. Second, it’s permanent. Only then does it get intimate.

Unfortunately, Satan has always tried to destroy whatever God established. He has tried to convince the human race that we can do whatever we want and still be happy. This blinds us to the realization that doing whatever we want leads to bondage to Satan rather than greater freedom.

Why should we leave sex for marriage? Because it has consequences. It creates oneness.

Davidson calls the experience of husband and wife becoming one flesh as “wholeness—in all the physical, sensual, social, intellectual, emotional, and spiritual dimensions of life.”3 Sex is not simply about physical compatibility, but rather about a harmony in all aspects of life. Notice that the verse doesn’t say “be” one flesh, but rather “become.” This is a process. Over time, married couples become one and experience wholeness more deeply.

Do we have any proof that God’s way is the best?

Jeff and Shaunti Feldhahn and Erica and Lisa Rice interviewed young men and women (both Christian and non-Christian) who had had premarital sex and asked them to share how it impacted them and their relationships. The males first said that for a guy, sex did not equal love or commitment to the girl. They observed, “Girls use sex to get love, and guys use love to get sex.”4 Males reported that as soon as they had sex they began to doubt whether they could trust the girl. Sixty-four percent of guys said they started to wonder whether the girl was trustworthy, and whether that relationship was worth it.5 In other words, for a guy who has had sex before marriage, there is a greater possibility that the relationship is broken off shortly after because the foundation of trust that is important for any relationship was shattered.

What about the impact of premarital sex on young women? Eighty-five percent of girls used negative words to describe how they felt afterward: “clingy, possessive, controlling, regretful, dirty, wanting to change the guy, etc.”6 The theme that emerged is the girls essentially saying to the guys, “From now on you cannot spend time with anyone else; you are mine.” It shouldn’t be surprising that the reaction of the girls is so strong, since as stated above, God created sex to create oneness between couples.

Fascinatingly, the study showed that above everything else, a girl wants a guy who will be her hero and protect her, not push for sex. Seventy-five percent of girls (Christian and non-Christian) stated that in a make-out situation they always hope the guy will not try to go all the way.

But let’s get back to the original question: What should a young person do in order to glorify God before marriage? When speaking with youth on this topic, this is what I recommend:

Set boundaries you will not cross. Nine out of 10 Christian guys agreed they would like to marry a virgin. And 69 percent of all guys (Christian and non-Christian) would like to marry a virgin. Yet 82 percent of guys report difficulty with bringing things to a halt sexually.7 That’s why in a relationship it is important to set a line beyond which you will not go. The line needs to be talked about. Don’t be afraid to bring it up. It’s better to be embarrassed when talking about it than to have to look back and regret the decisions you make. Once you cross a line, it is very difficult to backtrack. Know where you need to go before God, and stick with it.

Help each other out. Don’t just expect the other person to be the strong one.

Don’t believe anyone who tells you, “This is OK, it’s not sex.” No married couple will say, for example, that oral sex is not sex.

Spend time in God’s Word so that your desires are shaped by the character of God.

If you have messed up, ask God for a do-over. Ask for His forgiveness, and believe that He has forgiven you. Then ask for strength every day as you start over. God is a God of grace, but He is also a God of power. He helps us “walk uprightly” (Prov. 15:21, NKJV).

Will saving yourself for marriage guarantee sexual and marital bliss? Although the guidance of the Bible is given for our happiness, just because we do everything “right” doesn’t always guarantee everything will turn out perfect. Marriage is a lot more complex and involved than simply doing “everything right” before your wedding day.

More guidance is needed during the course of marriage, and couples should never assume that “it will just work out” if they are not willing to put as much effort into building their relationship once they get married as before. Both individuals should always be about the business of bettering their marriage.

Sexual feelings are normal, created by God. But acting on them has its time and place. Those struggling to stay sexually pure shouldn’t worry; we are not alone. We can commit ourselves to God’s plan and remember that anything worthwhile in life is not easy. But God loves us enough to bless our efforts.

Andrea Jakobsons is pastor for youth, collegiates, and young adults at Spencerville Adventist Church in Maryland.