The time: 1936. The place: Berlin. The lesson: Unforgettable. 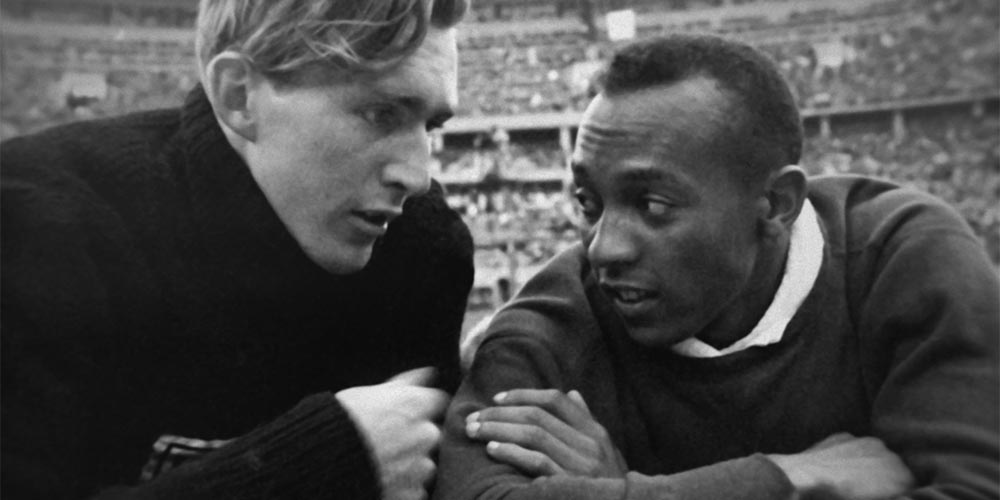 James Cleveland Owens grew up in a small town in Alabama in the early 1900s. When the lad turned 9, his family moved to Cleveland, Ohio. When a teacher asked his name, he answered, “J.C.” The teacher missunderstood his Southern drawl and heard “Jesse.” The name stuck. He was now Jesse Owens.

Far across the Atlantic Ocean in Germany, a lad named Ludwig Luz Long was growing up. Born in Leipzig in 1913, this tall, blue-eyed, blond kid seemed to have a promising future.

In 1920, when Luz was in grade school, Adolf  Hitler was already in charge of propaganda for the German Workers’ Party. He delivered many anti-Semitic tyrades, blaming the Jews for all of his nation’s problems. The superiority of the White Aryan race became part of its platform.

Jesse sailed to the 1936 Berlin Olympics, wondering if all the publicity he was getting was crowding out his spiritual life. As the New York skyline disappeared over the horizon he later said, “I had an almost overwhelming impulse to drop down on my knees and thank God for letting this opportunity come to me, and to ask His help to make the most of it.”

In Berlin Nazis portrayed African Americans as inferior. One German official at the Olympics complained about the people Americans were letting represent their country, those he called “nonhumans like Owens and other Negro athletes.”

Then came a most remarkable rendezvous: The long jump. Jesse competed, as did the German champion, Luz Long, a lawyer from Leipzig.

Strangely enough, in the qualifying rounds Jesse almost fouled out. On his first two attempts he stepped beyond the line on the takeoff board.

One man understood the pressure on Owens: Luz Long. This tall, blond German was Jesse’s chief competitor for gold. Jesse remembered for the rest of his life: “Suddenly I felt a hand on my shoulder. ‘Jesse Owens!’ ”

Just seconds before Jesse had to qualify or default, Luz told him to jump from six inches behind the takeoff board. Luz laid his towel down at exactly the place where Jesse could safely jump.

When Jesse Owens landed, he had set another Olympic record, and that was after leaping some six inches in front of the takeoff board!

The long jump finals proved to be intense. Jumpers exceeded the old Olympic record five times! Luz Long set his own record of 7.87 meters. But Owens managed to leap 8.06 meters and claim the gold medal. Luz was left with the silver, but he was the first to congratulate Owens. The two men walked arm-in-arm out of the huge stadium.

The Fellowship of Faith

Jesse affirmed Luz Long. Yes, he was German. Yes, he might have to fight in Hitler’s army. But as Jesse put it: “I felt that beneath that, he was my brother.”

In a world of racial and religious boundaries, the apostle Paul saw Jesus Christ as the one who makes the greatest and widest connections. Here’s how he put it: “For all of you who were baptized into Christ have clothed yourselves with Christ. There is neither Jew nor Gentile, neither slave nor free, nor is there male and female, for you are all one in Christ Jesus” (Gal. 3:27, 28).

Jesse Owens always had a sense of a God who values individuals so much that He was willing to give up his life for their rescue. God’s embrace of humanity reaches far beyond race, culture, and religion. It gathers everyone into the kingdom of grace.

Steven Mosley is a Christian author, presenter, and producer. This article is excerpted from a script presented by Gary Kent for It Is Written Oceania (ItIsWrittenOceania.tv).