We can’t afford to be sidetracked. 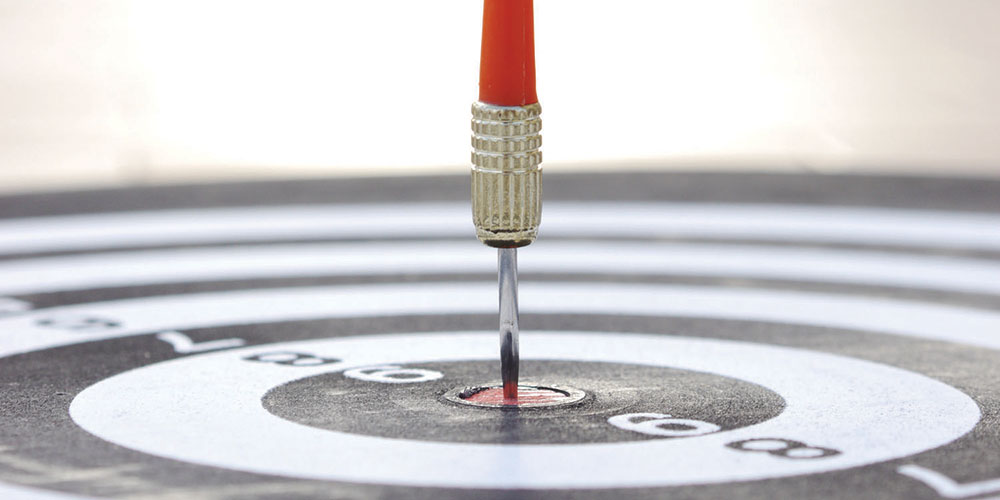 In 1803 United States President Thomas Jefferson asked Captain Meriwether Lewis and his friend, Second Lieutenant William Clark, to travel across the western part of the continent to explore and map the newly acquired Louisiana territory. They were also to seek out the best route for traveling to that side of the continent in order to establish the U.S. claim to the area. Lewis and Clark accepted the assignment.

Unfortunately, they began receiving e-mails from other people and organizations asking if they could carry some mail to people along the way. Other asked them to bring back video footage of the pretty landscapes. Some asked if they could help build a bridge across the Mississippi River, since they needed to cross anyway. Others asked if they could do a special study of the plant life at the same time. Because they wanted to help everyone Lewis and Clark did all they could to assist everyone else’s mission. The end result was that they never managed to complete their exploring, which is why you have never heard of these gentlemen.

Even if Lewis and Clark had been tempted to take up other missions, they refused them in order to accomplish the one mission that Jefferson gave them. Sticking to their mission is why more than 200 years later Lewis and Clark remain household names in the U.S.

It can be difficult to stick to a mission, particularly when Satan badly wants to distract us; which is a problem that Global Mission struggles with continually.

Global Mission was the Seventh-day Adventist version of Lewis and Clark.

Not long after Lewis and Clark completed their expedition, the Adventist movement began. Even children supported the extreme efforts of Adventist pioneers to press into unreached places and people groups so that everyone could hear the great news of Jesus’ soon return. As a result, we rocked the world. Seventh-day Adventism spread at an incredible rate, considering the times.

In 1990 Adventist leaders recognized and decided to do something about the fact that we were not pressing into the frontiers of mission the way we used to. We were yielding to the tendency to concentrate our best efforts on maintaining our institutions more than on our mission. We have been given the mandate to go to every nation, tribe, language, and people bearing the gospel of Jesus Christ. But it seems this mandate does not drive us the way it used to.

Whereas this mission used to fill every waking thought, now mission might get mentioned at church. Or it might not. Whereas mission used to be a major theme in our Sabbath schools, now it is relegated to passing around an offering envelope, into which a couple of dollar bills might be slipped. Or maybe not.

The way Global Mission was to accomplish this work was and still is through church planting, using local volunteer missionaries called Global Mission pioneers. In addition, recognizing that Global Mission pioneers have extreme challenges reaching certain people groups, church leaders initiated the Global Mission centers with the sole purpose of exploring methods for effectively working among Muslims, Hindus, Buddhists, Jews, and secular and urban groups. Today these centers are actively involved in research, training, and creating models for evangelism to non-Christians.

All of these are worthy projects. But if Global Mission involved itself in all of them, the Seventh-day Adventist Church would still be neglecting the frontiers of mission, overlooking the people who are not hearing from us at all.

So Global Mission consciously chooses to focus on just one thing, and that is being the voice of those who have never even heard of Jesus, or if they have, it is in negative or irrelevant ways. Global Mission responds specifically to their cry to the Adventist Church to “come, tell us the story of Jesus!”

The fact that Global Mission strongly maintains this specific focus means that often we must turn down fantastic project proposals. But if we are going to find ways to reach those whom we as a church are currently unable or unwilling to reach, Global Mission has no choice but to stay true to the task of sending pioneers to unreached peoples, nations, and languages to do the difficult and often dangerous work of raising up new Adventist churches where there currently are none.

You Are Global Mission

If you are someone who recognizes the necessity of what Global Mission is trying to accomplish, you are invited to become a part of the family. Together we are funding thousands of Global Mission pioneers in nearly every country of the world who have one task and one task only: to plant a new group of Seventh-day Adventist believers where there is none right now.

Why do these pioneers do it? Why do we go to the hardship, the inconvenience, the self-sacrifice required to press into the difficult places? Just one reason: we want Jesus to come back.

Do you want that too? Great! Join us!

Second, you can be involved by supporting other pioneers. Hundreds of church planting fund requests come to Global Mission every year, requiring the financial support of God’s people. Global Mission lives and dies by the freewill offerings of God’s mission-minded people. Money from tithe does not fund Global Mission projects. Freewill donations, even small ones, are the lifeblood of what we do. And the little gifts count in major ways. Ellen White wrote, “The small sums saved by deeds of sacrifice will do more for the upbuilding of the cause of God than larger gifts will accomplish that have not called for denial of self.”*

God will use any gift, big or small, given with a heart for mission, in astonishing ways. I am eager to hear these stories one day in heaven.