Afraid you don’t measure up? 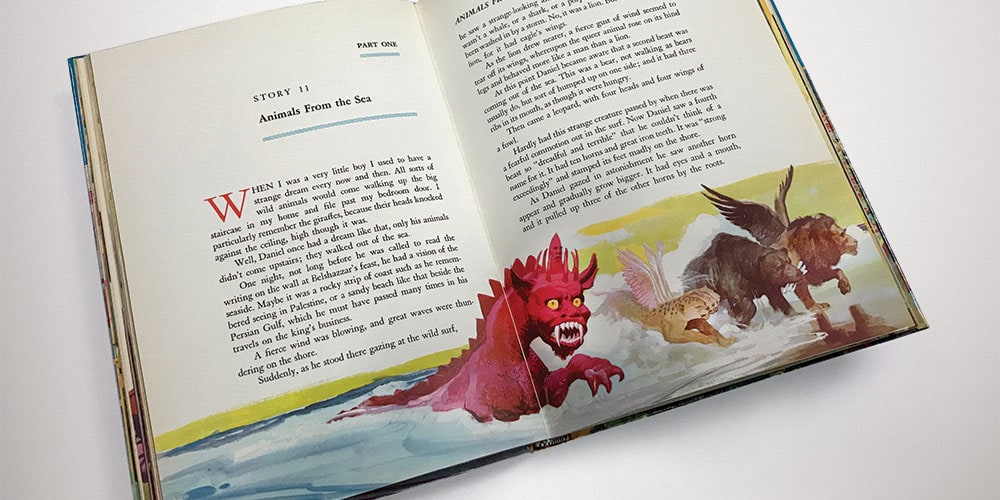 When I was growing up, the Second Coming was always spoken of in terms of joy and anticipation. Then why did it so often cause me nightmares?

Frankly, I didn’t think I was prepared. After all, hadn’t we been told Christ was returning only for those who had overcome every fault? And even if everything looked good on the outside, an investigative judgment, even now under way, would reveal all the unconfessed sin I kept hidden.

The Second Coming surely wasn’t a problem for my parents, grandparents, pastors, and teachers. But based on what I’d heard in sermons and evangelistic meetings, when Jesus returned I’d be among those calling on the rocks to hide them from the wrath of the Lamb.

“Do not let your hearts be troubled,” said Jesus. “If I go and prepare a place for you, I will come back and take you to be with me that you also may be where I am” (John 14:1, 3). I found those words incredibly hopeful.

But I also remember hearing Jesus’ words “Be perfect, therefore, as your heavenly Father is perfect” (Matt. 5:48) as an indictment of my best efforts to live a life that pleased God.

If I wasn’t careful, Jesus would come when I was doing something I shouldn’t be doing.

I also heard: “Whoever conceals their sins does not prosper, but the one who confesses and renounces them finds mercy” (Prov. 28:13). Problem is: Had I confessed each and every sin? What about the sins I couldn’t remember? Would they always remain on my record, keeping me out of heaven?

Then there was the “unpardonable sin,” whatever that was. That would surely be enough to keep me out of heaven. But how could I know if I’d committed it?

Add to this were all the stories they told us in Bible class about the Waldenses and the Reformers, many of whom were chased and hunted, imprisoned and tortured in demonic-inspired attempts to get them to give up their beliefs. Then there were stories of Daniel in the lions’ den, the apostle Paul in prison, and John the beloved disciple on Patmos.

Plus, every time the preacher mentioned Revelation, the description of the “great dragon . . . that ancient serpent called the devil, or Satan” (Rev. 12:9) seared itself on my subconscious. That was followed by the account in Revelation 14 about those who will have to “drink the wine of God’s fury, which has been poured full strength into the cup of his wrath” (verse 10).

A Better Way to Live

Looking back, I had an unhealthy preoccupation with sin and my own unworthiness. I can’t blame that on my parents or grandparents; I grew up in a loving Adventist family. But I was exposed to an unwise and unbalanced focus on overcoming.

Indeed, overcoming is a good thing, something I heartily endorse. But there’s a wrong way, and a right way, to overcome.

The wrong way is to focus on the sin in our lives. Are we sinners? Without a doubt. Do we need any help understanding that reality? Probably not.

If all we do is focus on the sin in our lives, we’ll see it everywhere; it doesn’t rest far beneath our surface existence.

But if we want to overcome, better than focusing on bad habits is creating new, positive ones. It’s like being on a diet. Which is better? To focus on forbidden foods, or to focus on foods that tend toward health? Which resolutions are more likely to be kept through February, March, and April? Avoiding bad habits, or cultivating good ones?

Much of my childhood, teenage, and even young adult years were spent trying to please a God whom I had come to believe was not really eager about saving me. I felt that if I made it to heaven, it would be against His protest.

In the judgment Jesus stands beside us as our Advocate, our defense attorney. We don’t have to figure out how to please Him. We just—and this is important—have to live as He lived.

Jesus’ life and ministry was expansive and inclusive. He went out of His way to reach people who didn’t measure up to common perceptions of the orthodoxy of His day. “This man welcomes sinners and eats with them” was how the Pharisees characterized Jesus (Luke 15:2).

When we know God’s grace we will be as expansive, inclusive, and welcoming as He was.

Contrast that with the prevailing view in contemporary media of Christians as narrow bigots who seem preoccupied with straightening out everyone else while at the same time ignoring their own spiritual deficiencies (see Matt. 23).

Jesus told several parables about being prepared when He returns. The message I heard as a child was that if I wasn’t careful, Jesus would come when I was doing something I shouldn’t be doing. I may have started the day being saved, but that was before I fought with a playmate or told a lie. Thus, my salvation was always in doubt.

But if our supreme desire is to reflect Christ’s character to the people around us—and if we live out that desire, asking ourselves, How can I be more like Jesus?—it doesn’t matter when He returns. We’ll be ready. We have nothing to fear.