Even with a road map, we have to expect detours. 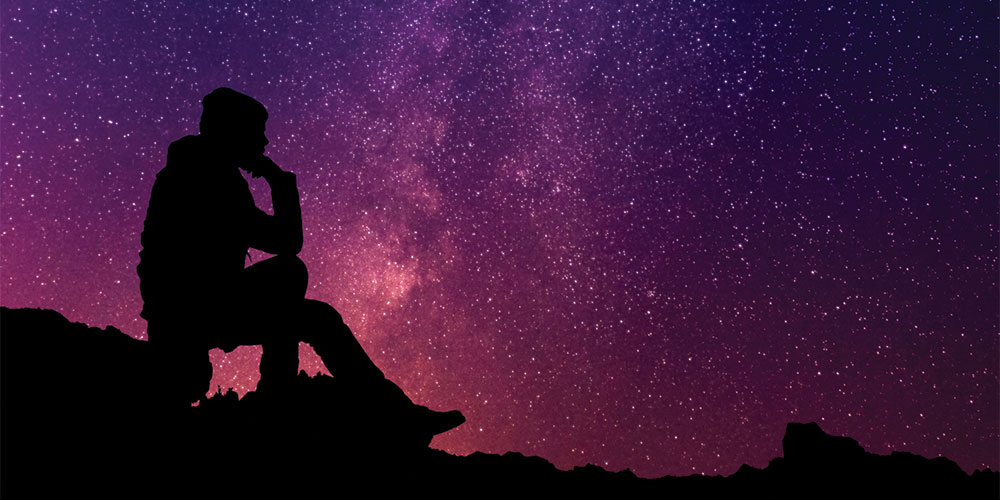 How much do you long for “the coming of the Son of Man?” And how could there be anything wrong about such desire? The Gospel of Luke offers cautionary wisdom on just such longing, suggesting that it comes with perilous pitfalls that may lead to either grave disappointment or profound deception. As Christians living in light of Jesus’ soon return, we must carefully consider the seemingly paradoxical words of our Lord, and be mindful to expect the unexpected.

Luke’s discourse on the kingdom of God and the Second Coming (Luke 17:20-37) begins with a query from the Pharisees as to when the kingdom of God was coming (verse 20). Based on Jesus’ previous interaction with this popular Jewish sect, some may be ready to deem this query as the initiation of yet one more act of hostility, another attempt at Jesus’ entrapment.

However, in this particular instance, the Greek text suggests that the Pharisees’ approach is not one of interrogation but rather of consultation. Whereupon Jesus seeks to “correct the Pharisees’ information, not thwart their evil plot” (e.g., Luke 15:2, 16:14, and 18:9-14).1 Based on this understanding, Luke has given us a glimpse of the Pharisees’ longing to genuinely know when the Messiah would come, which makes Jesus’ response all the more surprising: “The kingdom of God is not coming with signs to be observed. . . . For behold, the kingdom of God is in your midst” (Luke 17:20, 21).2

Jesus’ response to the Pharisees by referring to signs is worth particular attention. Despite the negative way the Pharisees are often portrayed in the Gospels, they were held in high esteem by the people, and known, among other things, for their keen interest in signs and their ability to interpret them.

In Matthew, Jesus acknowledges their aptitude in this regard, but also notes a significant shortcoming: “You know how to interpret the appearance of the sky, but [you] cannot discern the signs of the times” (Matt. 16:1-3). Luke wants his audience to be aware of Jesus’ warning on the limitations of observable signs in relation to the coming kingdom of God. However valid the awareness that God gives us signs, we need to realize that longings for, anticipations of, Jesus’ return that are based merely on looking for signs can be a prelude for profound disappointment, especially if those all-important signs are not rightly interpreted.

Not all ministries have to involve major events.

Hence Jesus’ words of warning. Despite noble intentions and diligent Bible study, early-Advent believers remain an example of misguided enthusiasm. Remarkably enough, their belief that Jesus was going to return to this earth on October 22, 1844, signified a failure to understand the plain words of Jesus properly: “But of that day and hour no one knows, not even the angels of heaven, nor the Son, but the Father alone” (Matt. 24:36; cf. Acts 1:7). This resulted in what has come to be known in Adventist history as the Great Disappointment.

Faithfully watching for signs of the times is clearly within the scope of Jesus’ teaching about His return (e.g., Matt. 24). Indeed, God-given signs should never be ignored, because they give us an approximation of the Second Advent. But we must not confuse approximation with actuality. Signs can be taken only so far, for our longing for Jesus’ return involves much more than sedentary positions on the front porch looking out for the arrival of grandpa’s black Model T Ford. Anyone who waits for Jesus in such a passive manner is waiting to be disappointed.

After engaging the Pharisees, Jesus turns to His disciples. He peers through the portals of time and declares to them as to us today: “The days will come when you will long to see one of the days of the Son of Man” (Luke 17:22).

I have a dear loved one who is losing function of his muscles, and the worst thing of all is that nobody knows why. He has gone through a battery of tests by professionals in a variety of specialties who, despite all the advances in modern medicine, cannot render a diagnosis. With his condition worsening by the month, it is emotionally wearing to see a man who was once in peak physical condition reduced to a walker. It is heartbreaking to listen to a man once graced with the “gift of gab” now have his speech slurred, virtually unintelligible. During these times of tremendous pain, suffering, and loss, believers in Jesus long all the more poignantly for their Master to return.

Yet despite our heartfelt longing to “see one of the days of the Son of Man,” Jesus says, “You will not see it” (verse 22). And our disappointment at Jesus’ failure to come when we so long for His appearing may leave us at our most vulnerable. God’s enemy and ours is capable of using our orientation toward times and signs to our spiritual and emotional undermining. Confidence in the next specific time prediction, whatever lift it may bring to our spirits, will, in the end, be only temporary, lasting until the next passing of the time.

Predictions and expectations based more on longing than on exhaustive Bible study, based on misunderstanding of our own role in relation to the coming climax, give the enemy more opportunity to manipulate our emotions and dash our ship of hope against the rocks again because our anchor is too light or our cables too weak to hold when the storm is as fierce as it will be before the end.

Hence the following warning that makes up Jesus’ seemingly disparaging reply: “They will say to you, ‘Look there! Look here!’ Do not go away, and do not run after them” (verse 23).

Jesus, who knows our hearts, knows well that great adversity will only intensify our longing to see Him return in the clouds of glory. He has left us unbeatable counsel, counsel that cannot be improved upon, about the best approach to the challenge of waiting with hope that will not die, that will not fade only to leave us to the devil’s exploitation and manipulation. This counsel, made more explicit in Matthew 24 than in Luke 17, is as spiritually compelling as it is emotionally sound: “This gospel of the kingdom shall be preached in the whole world as a testimony to all the nations, and then the end will come” (Matt. 24:14).

These words are both the answer against the depression of passive waiting, and the revelation of our true understanding of the significance of “the coming of the Son of man.” The Son of man for whose coming we long is the Son of man who came once before “to seek and to save that which was lost” (Luke 19:10). Those who share His longing for the salvation of the lost, those who join with Him in His passion to save everyone possible for His eternal companionship in glory, will not be able to sit on the front porch and look out. They, in His spirit, will pursue lost sheep as He does (Luke 15:3-7); they will race down the road to embrace their brothers and sisters, His returning children, drawn back home to His arms by the power of His longing love (verse 20); they will host welcome parties that leave their once-lost siblings with no doubt whatsoever that they are welcomed home (verses 22-24). Their focus will not be on signs to the exclusion of souls, but increasing energy and self-investment for the rescuing of even one more soul, given the testimony of the signs.

It’s no coincidence that this account of Christ’s exchange with the Pharisees occurs between the miraculous healing of lepers (Luke 17:11-19) and the persistent and pervasive prayers of a widow in desperate need of justice (Luke 18:1-8). Taken together, the sequence of narratives constitutes a powerful testimony to the nature of God’s kingdom as both a present reality and a future hope.

For those whose longing for Jesus to return is guided by their understanding of the signs of the times, acting out th
e healing, restoring reality of the kingdom, will already demonstrate the truth that the kingdom of God is in our midst (verse 21).

After the lone leper, healed from his infirmities, returned to worship Jesus, Luke adds: “And he was a Samaritan” (verse 16). In context of the Second Coming, Luke shows that ours is not just to have a discerning eye on how history coalesces with prophecy; it is also about an ear and heart in tune with the needs of the world around that allow us to minister in the Spirit of the Lord of the kingdom to which we already enjoy the privilege of belonging.

For those whose longing for Jesus’ return is particularly intensified by the suffering and sorrow of injustice, to avoid deception that can emerge from our emotional vulnerabilities Jesus would have them know that the Lord of the kingdom is as aware as they are. He would have them be, and abide, in synchrony with His Spirit through the instrument of prayer; He would have them be as importunate as the pleading widow in their demand for justice; He would have them pray and “not . . . lose heart” (Luke 18:1).

Luke’s answer to our question on how we should live in light of the Second Coming may not be the text we would have expected. But by accepting Jesus’ counsel, we may overcome disappointment and avoid deception, two snares of those who long for Jesus to return. And when Jesus does return, He will, because of us, find faith and faithfulness in the earth (verse 8).